Home / WORLD / With violence rising and politicians promoting gun control, 35% of US firearm owners expanded their arsenals in past year – poll

With violence rising and politicians promoting gun control, 35% of US firearm owners expanded their arsenals in past year – poll 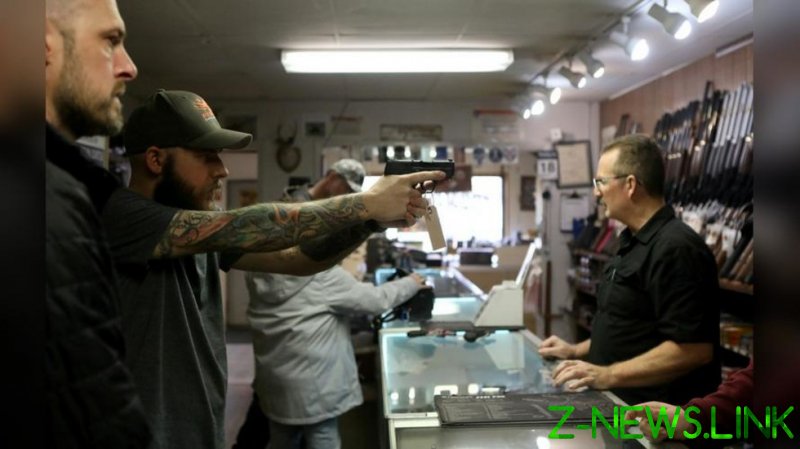 The Rasmussen poll was conducted on May 3-4 and released on Friday. The gun-buying spree also coincided with a spate of mass shootings, which President Joe Biden and other Democrat politicians have cited as justification for enacting new restrictions on firearms.

Rasmussen’s figures are corroborated by FBI data. The bureau reported that a record-high 39.7 million background checks were carried out last year for US gun purchases, up 40% from 2019’s total. Through the first four months of 2021, nearly 16 million background checks were performed, which was up 31% from 2020’s blistering pace and exceeded full-year totals from as recently as 2010.

The buying binge is so strong that ammunition is in short supply. Nearly half of the Rasmussen poll respondents said they had difficulty finding ammo for their weapons. Shortages are reportedly so severe in some areas that police departments are struggling to find enough rounds for the training and certification of their officers.

Even before the recent surge in buying, Americans accounted for about 46% of the 857 million guns owned by civilians worldwide, despite making up just 4.2% of global population, according to the 2017 Small Arms Survey. The US then had about 1.2 guns for every man, woman and child living in the country. A Gallup survey in 2020 found that 44% of US households and 32% of US individuals owned guns.

US gun purchases accelerated in the second half of 2020, after Black Lives Matter and Antifa rioters torched and looted businesses and public property. “The police cannot even protect their own buildings from being burned to the ground,” one Twitter commenter said of the Rasmussen poll. “They sure can’t protect your home.”