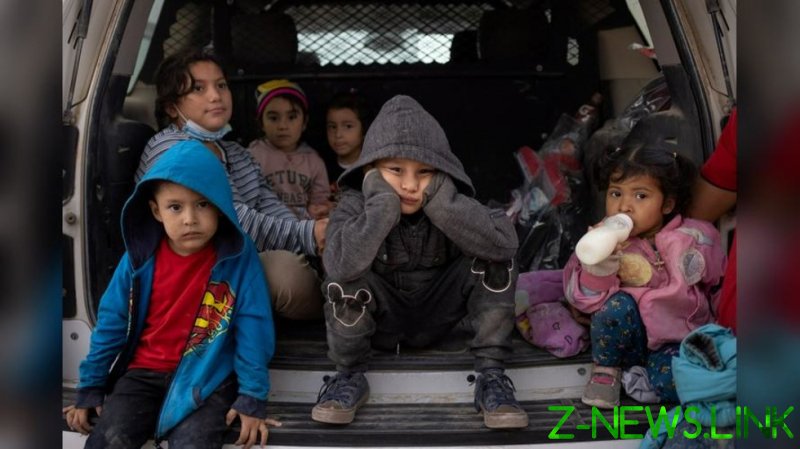 Biden’s administration has verbally passed down an unofficial “gag order,” NBC News reported on Wednesday, citing two current and two former US Customs and Border Protection (CBP) officials. CBP agents and section chiefs are essentially banned from speaking to media outlets and have been instructed to deny all requests from journalists for ride-alongs.

Those who are allowed to speak can only use “approved messaging,” the Washington Examiner reported, while NBC said that even local reporters in border areas are referred to CBP’s Washington office for answers to their questions.

The crackdown comes as Biden is being accused by his predecessor, former President Donald Trump, of “destroying our country” with policies that are spurring a surge in illegal immigration. With the number of unaccompanied minors arriving daily at the southern US border jumping about ninefold since the first week in January, to an average of 435 in the past few weeks, Biden’s administration is struggling to manage the influx.

The new president is even drawing some criticism from a normally Democrat-friendly White House press corps, after it came to light that some migrant children have been sleeping on the floor, going hungry and being deprived of seeing the sun for several days.

Most of the children are being held longer than the government’s 72-hour limit for getting minors transferred from CBP to the Department of Health and Human Services (DHS) to help get them settled in the US. The administration has rented emergency shelter space at a Dallas convention center for as many as 3,000 migrant teenagers.

The gag order is similar to another unofficial ban, which the Obama-Biden administration imposed on Texas CBP agents amid a border crisis in 2014. Biden later called Trump’s immigration policies a “moral and national shame,” but back in 2014, he said the parents of unaccompanied children being sent across the border were being “reckless and dangerous.”