Home / WORLD / With unilateral censorship of a sitting US president, Big Tech has proven it’s more powerful than any government

With unilateral censorship of a sitting US president, Big Tech has proven it’s more powerful than any government 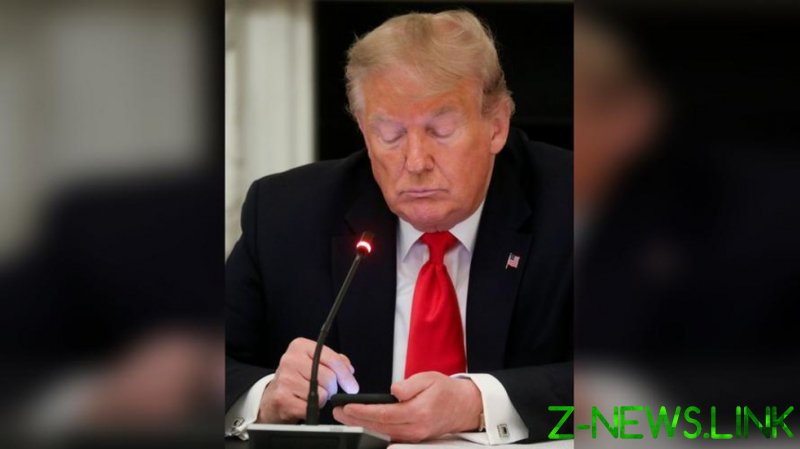 The smug, palpable air of ‘mission accomplished’ emanating from Facebook, Twitter and Google in the weeks after the media called November’s election for Democrat Joe Biden has been hard to ignore. Thanks to an iron grip on the political narrative and the heavy-handed suppression of any influential dissenting voices, these insanely wealthy companies and their partners in the media establishment have managed to successfully upend what was left of the US’ democratic process.

In short, they have reason to celebrate, having pulled off the first successful national-level coup-by-media in US history. And better yet — for them at least — having helped the ‘right’ guy win, they won’t have to answer to any bogus charges of Russian collusion this time around. Indeed, no less than the Department of Homeland Security came forward to declare the vote the most secure in US history — a baffling claim at best, given the same officials have spent months insisting foreign infiltration supposedly had democracy hanging by a thread.

The epic pearl-clutching that followed Wednesday’s march on the Capitol is almost guaranteed to result in further restrictions on online speech — and as many observers noted, that’s just how Big Tech and Big Brother want it. No explanations have been forthcoming as to why the Capitol was largely unguarded during the protests, even though Trump had for weeks been calling on his followers to stage “wild” demonstrations on that day. Nor was it clear why Mayor Muriel Bowser waited so long before sending in police and the military to rein in the chaos.

The stage seemed to have been deliberately set for disaster, just the sort of spectacle a clever Big Business-Big Tech axis needs to terrify the masses into believing a full-on insurrection is afoot. The only real surprise in Wednesday’s events is that more people weren’t killed — but that’s where the media came in, wielding luridly detailed descriptions and photographing the most bizarrely-attired figures in the group.

By distracting the public, attributing the violence that claimed five lives to the ubiquitous Radicalized Domestic Extremists™ and banning an ever-growing number of discussion topics, Facebook, Twitter, and Google can dodge a total repeal of Section 230 liability protections and live to blanket the nation in propaganda another day. Never mind the absence of visible ‘white supremacists,’ Nazis, and other undesirables supposedly leading the pro-Trump contingent — it’s always possible to Photoshop in a Nazi insignia or 12 in post.

And should the relationship sour, and politicians want their power back? Big Tech can easily scuttle any legislative attempts to break up its monopoly merely by threatening to expose the secrets of the dozens of government agencies that have their data stored in the cloud. Companies like Facebook and Twitter, Amazon and Google have what’s left of American ‘democracy’ by the proverbial balls, and should some crusading politician attempt to disrupt their cozy relationship, they’d almost certainly live to regret it.

it would take just one inconvenient ‘leak’ to turn the public against any Luddite savior attempting to pry Big Tech’s boot off American necks. These firms’ control of the media is so airtight that a manufactured ‘scandal’ could be cooked up and launched into cyberspace in a matter of hours. Such retaliation would serve the dual purpose of destroying the political crusader’s career and reminding other would-be do-gooders not to do anything foolish — like fighting to defend one’s own country against the megacorporations holding it hostage.

By blocking Trump from even posting on Facebook and live-streaming platform Twitch – and only recently allowed back into his Twitter account with a “final warning” after a 12-hour lockout – Big Tech has made it clear they’re no longer satisfied with a mere monopoly over one of the few profitable industries left in the US. They won’t stop accumulating power until they run politics, from the presidency to the smallest local election. With Wednesday’s riots, the carefully-choreographed dance between tech execs and the politicians who do their bidding has been given the green light to ascend to the next level. Deplatforming Trump is only the beginning of a megalomaniacal crusade against all those who would question a government by the algorithms, of the algorithms, and for the algorithms.