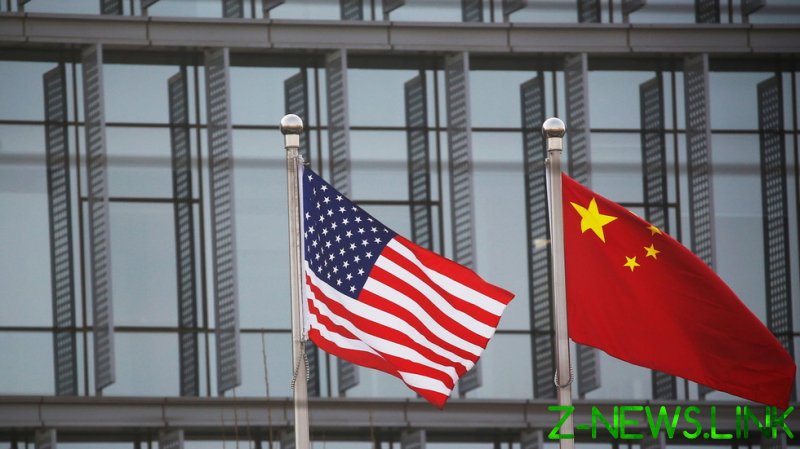 A record-high 45 percent of Americans said they consider China to be the greatest enemy of the US, up from just 22 percent a year ago, according to a Gallup poll released on Tuesday. The poll is taken each year in February. Russia slid to No. 2 on the list from the top spot, even as it was picked by 26 percent of respondents, up from 23 percent in 2020.

The shift comes at a time when former President Donald Trump has left office, yet the mainstream media is still attacking him with Russia-based conspiracy theories, while blaming Moscow for sowing discord in the minds of gullible Americans.

Prior to Trump’s election, Russia was ranked as the biggest threat only once in this century, in 2015. China, on the other hand, returned to the top ranking of foes for the first time since 2014, perhaps at least partly because the Covid-19 pandemic allegedly originated there.

Half of Americans also believe that China has overtaken the US as the world’s leading economic power. The US was seen as the top economic power by just 37 percent of respondents. Those numbers were about reversed a year earlier, at 50-39 in favor of the home team.

China’s economic prowess was seen as a “critical threat” to US interests in the next 10 years by a record 63 percent of Americans, up from 46 percent last year.

The ranking of enemies became much more consolidated in 2021. North Korea, which was seen as America’s biggest enemy by a whopping 51 percent of respondents in 2018 and by 12 percent last year, dropped to 9 percent last month. Iran tumbled to 4 percent from 19 percent in 2020, and Iraq dropped to 2 percent from 7 percent. No other threat, including the US itself, exceeded 1 percent this year.

Iran’s low rating suggests that it wouldn’t likely be easy to get Americans behind any potential military action against the Persian Gulf nation. Iran was ranked as America’s No. 1 enemy in the Gallup polls five times in the seven years from 2006 through 2012.

The latest poll results are in line with other recent reports on shifting American views on China. A Pew Research Center poll released earlier this month showed that nine of 10 Americans view China as a competitor or enemy, and nearly half said the US should seek to limit China’s power. Gallup found that a record-high 79 percent of Americans have an unfavorable view of China.

Americans’ confidence in US military decisions fell to 56 percent from 70 percent between 2018 and this year, according to polling by the Ronald Reagan Presidential Foundation. About 20 percent of respondents in the same poll said they view Russia as an “ally,” while 16 percent saw it as the No. 1 enemy (down from 30 percent in 2018). China ranked well ahead of Russia on the Reagan poll’s foes list, at 37 percent.