Home / WORLD / With time running out, pressure grows on Trump to pardon Assange amid reports aides persuaded him not to

With time running out, pressure grows on Trump to pardon Assange amid reports aides persuaded him not to 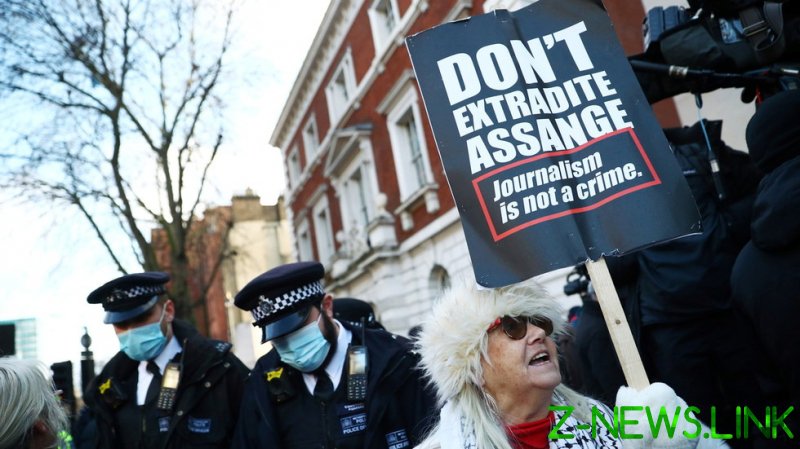 With Joe Biden scheduled to be sworn in as president at noon on Wednesday, Trump was reportedly preparing one last batch of pardons before he leaves office. Mainstream media outlets cited anonymous sources inside the White House to claim Assange’s name wasn’t on the list.

Aides persuaded Trump that he shouldn’t upset Senate Republicans, who will soon vote on his second impeachment, according to CNN.

Taking these reports at face value, NSA whistleblower Edward Snowden said Trump had allowed himself to be “bullied” out of pardoning Assange.

“Once he’s out of power, they’re going to vote to impeach him anyway,” he said on Twitter, adding, “well – that’s one way to be remembered.”

Commentator Mike Cernovich also noted that remarks by Senator Mitch McConnell (R-Kentucky) on the floor on Tuesday sounded like a “shot across the bow” to Trump to “better keep his dog collar on.”

Fox News opinion host Tucker Carlson, who has been known to influence Trump on more than one occasion, made a plea for pardoning Assange on his show on Monday evening. Former Congresswoman Tulsi Gabbard (D-Hawaii) tweeted a video of that segment on Tuesday, urging Trump to “do the right thing.”

If Carlson hasn’t managed to persuade Trump, however, odds are the last-minute campaign on Twitter won’t succeed either – especially since Twitter has banned him from the platform for “inciting violence” in connection with the January 6 unrest at the US Capitol.

That hasn’t stopped some people from making very creative arguments, such as that a pardon for Assange would steal the thunder from Biden’s inauguration.

Assange spent nearly seven years in the Ecuadorian embassy in London, believing – correctly as it turned out – that the US wanted him arrested for the 2010 publication of State Department cables and Iraq and Afghanistan war documents by WikiLeaks. After the US pressured Ecuador to withdraw his asylum, he was arrested in April 2019 and imprisoned in London’s Belmarsh prison. If extradited to the US and convicted, Assange is facing up to 175 years in prison.

Though a UK judge has rejected the initial US extradition request on grounds of Assange’s mental health, Washington is appealing the ruling.