Home / WORLD / With soaring rates of obesity and diabetes, the West is paying a high price for colonialism

With soaring rates of obesity and diabetes, the West is paying a high price for colonialism 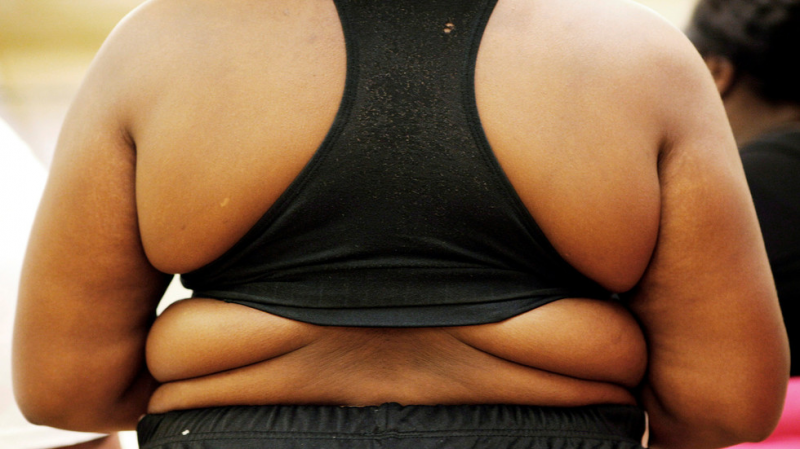 It’s one of the fastest-growing diseases in the world. It’s a major cause of blindness, kidney failure, heart attacks, strokes and amputations. Around 40 years ago, just over 100 million people suffered from it worldwide – today that figure is a whopping 450 million. And in 20 years’ time it’ll be a staggering 650 million. In Britain, over four million people have it. In fact, you could be living with it right now and not know, as it can go undiagnosed for up to 15 years, at which point it could be too late to save your eyesight, a limb or even your life.

This ‘silent killer’ is diabetes, a disease I know something about having lost one of my best friends to it and watched a sister and others close to me struggle with its debilitating effects. It’s also a disease that the British government claimed it wanted to win the war against by introducing a so-called fat tax to curb the insatiable sugar appetite of the nation, with 28% of people in England classed as obese, making us one of the fattest countries in the world.

But in yet another embarrassing government U-turn, overweight Prime Minister Boris Johnson, himself a prime candidate for type 2 diabetes, has delivered a slap in the face to his very own ‘food czar’ and fellow Old Etonian, Henry Dimbleby, over a levy on sugary and salty food that could save thousands of lives. Facing accusations of  ‘nanny state meddling’ and suggestions that a fat tax could leave families £240 a year worse off,

Johnson said, “I am not, I must say, attracted to the idea of extra taxes on hard-working people.”

According to the Daily Mail,a fat tax “could add £3.4 billion a year to families’ shopping bills, with a 60p Mars bar costing 9p more.” Having excluded Scotland, Wales and Northern Ireland from its calculations, focusing on the “56 million people currently living in England” the Mail concluded that “£60 per year will be added to each person’s food bill on average – £240 for a family of four.”

As Mail opinion and its readership are central to Johnson’s continued, and arguably counterintuitive, success in Britain, once again, the one-eyed PM is leading a blinded electorate down a path that will have serious consequences as he puts popularity before prudent policy.

No one likes paying more tax. But by playing everyman to Tory party backbenchers, Mailreaders, power-mad conservatives of every hue, a capricious red wall of Labour turncoats and crucially, a powerful multibillion-pound soft drinks, junk and processed food industry lobby, Johnson is once again mortgaging the British public’s wellbeing in return for a massive health debt.

What the Tories won’t tell the British public, for fear of sounding woke, is that sugar has its roots in a machinery of greed going back centuries to the slave plantations of the Caribbean and the US, and for which black people have been saddled with the avoidable yet pervasive scourge of diabetes.

Affecting black people in Britain at a disproportionate level, diabetes is a chronic disease that occurs either when the pancreas does not produce enough of the sugar-regulating hormone, insulin, or when the body cannot effectively use the insulin it produces. Sufferers experience hyperglycaemia, or raised blood sugar – a common effect of uncontrolled diabetes, which over time leads to serious damage to many of the body’s systems, especially the nerves and blood vessels.

Many black people I’ve spoken to who suffer from diabetes and the weight problems often associated with it point to lifestyle, diet and environment as being major psychological, as well as physical, issues behind the illness. Part of what makes diabetes a silent killer is the way in which too many black people feel unable to talk about their addiction to sugary and fatty ‘comfort food’, because they use it like a narcotic aimed at anesthetising them from, among a slew of body politics issues, the pernicious effects of racism.

While weight is only one part of the diabetes puzzle, a biological conundrum that researchers are still trying to solve is how it’s caused. Why are some people genetically predisposed to it more than others? What role do ethnic background, class, income, environment and host of other factors play in contracting it? And how has it become a lethal by-product of human evolution and civilisation?

Ghana, West Africa, for instance, has seen a massive increase in the disease thanks to a rapidly growing middle class and an exodus from the countryside to the cities. It’s become such an epidemic there, and in many other parts of Africa, Asia and Latin America, that it’s been described as the new AIDS.

Are people ‘catching it’ because the desire for sophistication – which comes with a fashion for eating certain things, drinking certain alcoholic beverages and over-consuming endless ‘labour-saving devices’ and technologies that promote sedentary living – coupled with body dysmorphia and anxieties about identity lead to eating disorders?

If this is the case, do we need to re-evaluate our notion of economic growth, social norms and cultural behaviour, and our addiction to junk food, high cholesterol, sugar-laden snacks and drinks, excessive alcohol, smoking, carbohydrate and protein-rich diets? And as the nutritional ills of modernity spread around the globe, how will rapidly developing countries and emerging markets cope with this healthcare timebomb?

If Ghana is Britain’s ghost of diabetes future, my second home of Barbados in the Caribbean is the ghost of diabetes past and present. As with my African-American cousins, and the Caribbean community back home in the UK, the majority of Barbados’s 260,000-odd black population is cut from the same genetic cloth. Again, the legacy of over 300 years of the transatlantic slave trade can be seen in diabetes, obesity and its relationship to sugar. Just like the US, Britain and the rest of the West, the bigger picture on this tiny island is that the dominance of the same food giants, same technological advances and same shifts towards a sedentary lifestyle have left Barbados at a crossroads – one that Britain is fast approaching.

The journey towards modernity and sophistication brought about by years of inward investment, offshore tax status and tourism has seen Barbados climb the UNDP Human Development Index of nations to 58 – way above oil-rich Kuwait and most of the Middle East, Latin America, Asia and Africa.

With its Hastings and Worthing, popularity among home counties expats and tourists, and 1950s charm, Barbados is known, somewhat dismissively, as ‘Little England’. But from the streets of the capital, Bridgetown, to the idyllic beaches of its west coast, American and European ‘blow-ins’ have brought with them supersized cultural imperialism. Where healthy grilled fish, coconut juice and exotic fruit and veg vendors once plied their trade, now Burger King, KFC and global resort and supermarket chains have taken over.

Having travelled to Barbados for 15 winters straight, I have witnessed a marked rate of lifestyle and physical change, not just among the locals – but tourists and expats, too. A radical dietary shift and a desire to get more ‘bang for your buck’, via bigger portions and mind bogglingly stacked cocktails laced with booze and sugar, has revealed evidence of high cases of diabetes among the people I meet, even if they are ‘suffering in silence’ and managing it quietly and discretely.

But as I’ve come to learn from the counter-sugar industry lobbying of vice-chancellor of the University of the West Indies and chairman of the CARICOM Reparations Commission, Sir Hilary Beckles, there’s nothing ‘discrete’ about diabetes in the Caribbean or its origins. In fact, Barbados and Jamaica are the amputation capitals of the world per capita – and all thanks to the legacy of colonialization.

According to Beckles, the “hypertension and diabetic pandemic collectively has constituted a threat to the existence of Caribbean societies.” Over 60% of all Caribbean people over the age of 60 have hypertension or diabetes or both.

Caribbean diabetes is a consequence of nearly 400 years of slavery and colonialism, which forced people to consume a diet based on what they produced: sugar. Sugar wasn’t just consumed as a sweetener, it was consumed as a meal, as part of the dietary plan.

But if anyone thinks, cynically, that the Caribbean or the ‘former colonies’ can be dismissed, as usual, as out of sight, out of mind, then spare a thought for the world’s largest economy.

The diabetes epidemic gripping the US, including pre-diabetes, affects a staggering 100 million Americans and costs the economy an eyewatering $350 billion every year. Other estimates go further, suggesting half the US population have diabetes or pre-diabetes. Given Britain’s ‘special relationship’ with America, its unofficial status as the 51st state and the fact that when the US sneezes the UK catches a cold, British taxpayers should think carefully about going down the anarcho-capitalist, pro-sugar-lobby route Boris Johnson is now advocating.

By failing to recognise the historic legacy of sugar and the greedy multinationals still milking it, and dismissing the positive health benefits of a minor levy on foodstuffs Britain will soon find the chickens, if not chocolate, coming home to roost.