Home / WORLD / With nothing left to do but plunder, Biden administration embraces loyalty over competence… just like Trump

With nothing left to do but plunder, Biden administration embraces loyalty over competence… just like Trump 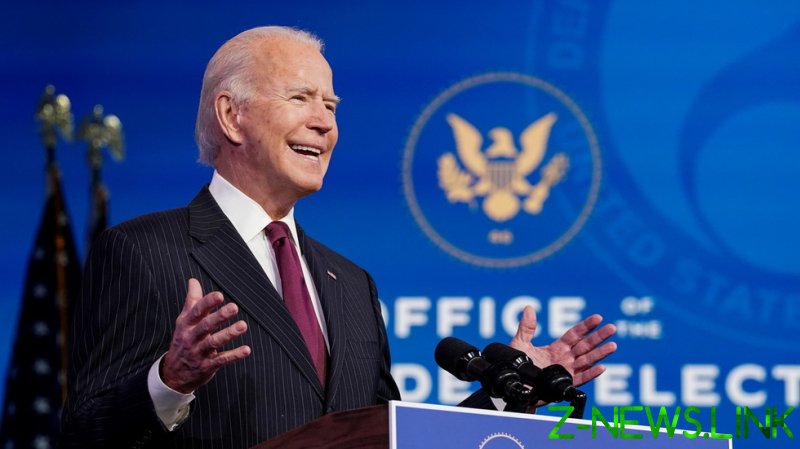 Without competence, though, even the most unquestioning loyalty is all but meaningless. Mining his former boss’ personnel files to fill important roles may seem like the noble thing for Biden to do now, given Obama’s central role in getting his former vice president elected commander-in-chief, but when it comes time for these nepotism beneficiaries and glorified back-benchers to actually govern, the country will be effectively screwed.

Why, for example, is former Obama National Security Advisor Susan Rice, who held multiple foreign policy roles in that administration, being named as head of the White House Domestic Policy Council despite having zero experience in the domestic policy arena? She was reportedly passed over for both vice president and secretary of state – which, given her record, may have saved the US from entering another unwinnable war or two – but other than loyalty to the Obama team, it’s hard to see what qualifies her for any stateside policy role.

In a country still wrestling with the Covid-19 pandemic, one wonders how the Biden campaign can justify appointing California Attorney General Xavier Becerra – a man with no expertise in medical matters – as head of the Department of Health and Human Services. The bar for “medical expert” has been disastrously lowered with the enthusiastic tongue-baths given to Microsoft billionaire Bill Gates by the media establishment, but Gates is paying his worshipers handsomely – Becerra’s sole credential seems to be his performative courtroom “resistance” to the Trump administration, whose own HHS director hails from one of the most corrupt pharmaceutical firms in the US.

Biden’s administration is mired in such question marks. The selection of Denis McDonough as head of Veterans Affairs – a man who spent four years as Obama’s chief of staff but has never served in the military or done any work with veterans – similarly makes no sense if viewed from the traditional standpoint of prioritizing experience and relevant skill-sets in hiring decisions. But the manner in which the president-elect’s campaign has doled out cabinet appointments resembles less a traditional hiring process and more a blindfolded, sadistic game of “pin the fail on the donkey.”

The president-elect himself has never known any other way of being – politically speaking – than the perverted form of loyalty that consists of sucking up to power in the hope of being rewarded with crumbs from the ruling-class table. He spent his political life as a self-avowed “prostitute,” even joking about whoring himself out to the highest bidder. But he’s certainly not the first, nor will he be the last, to reward loyalty over ability. Ever since Citizens United opened the financial floodgates for Big Business to bankroll political campaigns, making it prohibitively expensive to run without corporate backers, meritocracy hasn’t had a prayer.

That entire agencies have become repositories for loyal yet inept careerists is not exactly a secret in Washington, however. The directorship of Housing and Urban Development (HUD) was recently described by the New Republic as “a reward for good behavior – more like an ambassadorship doled out to political loyalists than a post for subject-area experts at the peak of a long career,” after Ohio congresswoman Marcia Fudge complained the Biden administration was marooning her there instead of appointing her Secretary of Agriculture. While Fudge was actually qualified for the agriculture post, Biden opted to reappoint Tom “Mr. Monsanto” Vilsack, the man who held the role for eight years under Obama, to the role in yet another display of blatant favoritism.

HUD has long been a running joke thanks to appointees like the current director, black neurosurgeon Ben Carson, who infamously confused the term for a bank-owned foreclosed home with an Oreo cookie after two years on the job. Carson was simply being rewarded for his loyalty after dropping out of the 2016 race to support Trump’s candidacy. Failing upward is the rule, not the exception, and it’s a bipartisan phenomenon.

When incompetence is bipartisan – and mandatory

Even Trump, whose supporters viewed him as an outsider determined to drain Washington’s proverbial swamp, was ultimately forced to appoint a coterie of Israel-first warmongers to influential cabinet positions in order to repay favors to the big-dollar donors he had to seek help from in order to compete with the deep-pocketed Hillary Clinton campaign. Begging for funds from casino magnate Sheldon Adelson and vulture capitalist Paul Singer meant Trump had no choice but to mothball his pledge to end the US’ endless wars and appoint unhinged hawks like John Bolton – and, later, Raytheon lobbyist Mark Esper – to senior roles.

And while Trump may have tried to throw a wrench into Washington’s machine by appointing a slate of deregulation enthusiasts to run the departments they hated into the ground, this tactic also saw loyal incompetents rewarded with plum positions. Longtime Republican donors the DeVos family were repaid for their generosity with the appointment of the decidedly anti-public-schooling militant-ignorant Betsy DeVos as secretary of education, a transaction in which the only party to be shafted was America’s children. As icing on the corrupt cake, DeVos’ brother Erik Prince got all the mercenary contracts he could eat – even spying on the teacher’s unions his sister’s office was trying to crush.

The corruption and self-dealing in US politics goes so deep it’s questionable whether there would be anything left if the ‘swamp’ was truly ‘drained’, and the rapid decline of the US empire has both parties scrambling to strip whatever assets are left before the whole structure collapses. At that point, when the ordinary Americans who are being mercilessly ripped off by Left and Right have no choice but to confront their tormentors, loyalty to the pillagers-in-chief will no longer be an asset on one’s resume, but a target on one’s back.