Home / WORLD / With no sign of US returning to fold, Russia is preparing to withdraw from ‘Open Skies’ treaty – Foreign Ministry

With no sign of US returning to fold, Russia is preparing to withdraw from ‘Open Skies’ treaty – Foreign Ministry 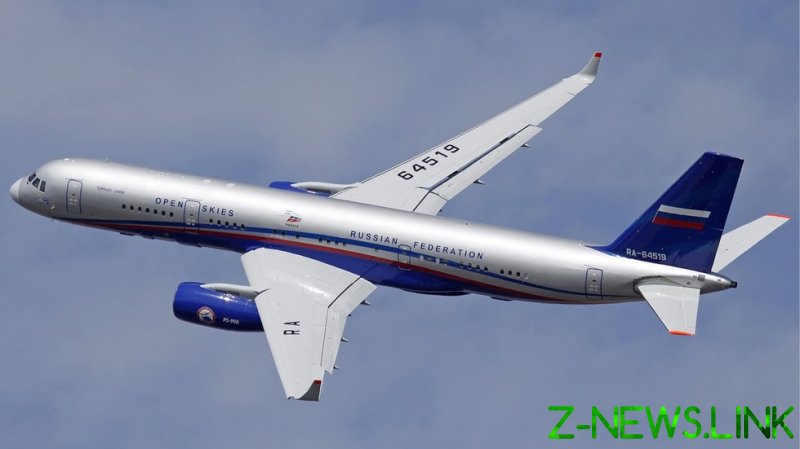 The country’s Foreign Ministry issued a statement on Friday in which it confirmed that “due to the lack of progress in negotiations around the continuation of the treaty under new circumstances, the Ministry is authorized to announce the start of preparations for withdrawal.” The main reason behind Moscow’s move is the failure to secure assurances that intelligence gathered by members of the American-led NATO military bloc will not be passed to the US.

In May last year, President Donald Trump confirmed that the US would withdraw from the pact, which allows members to fly mutually beneficial reconnaissance flights in order to observe the buildup of troops and movement of nuclear weapons. First proposed in 1955 by American President Dwight D. Eisenhower, the agreement was finally penned in 2002. Its aim is to reduce the risk of suspicion and misunderstandings leading to military conflicts.

Formally completing its exit from the deal in November, Washington had accused Russia of failing to adhere to its terms, denying flights over sensitive areas and those observing military exercises. Moscow denies these claims, and instead has suggested the US intends to access intelligence taken from flights by NATO members that are still party to the deal, while preventing Russian spyplanes from collecting equivalent data over America.

Russian President Vladimir Putin has chided Washington for the decision to unilaterally pull out of Open Skies, saying that the country’s diplomats “still have difficulties understanding US grievances that became the reason for that decision.” However, his spokesman has since alluded to the possibility of Russia following suit, adding that “the president has made it clear that Russia will protect its interests.”

President-elect Joe Biden, due to take office after his inauguration next week, has previously slammed Trump’s decision to end the deal, saying that it was short-sighted and that he would look to re-join the pact. However, that may prove difficult, as the US would have to sign up to any amendments to the treaty made in its absence, without qualification. In addition, since Washington’s withdrawal, the State Department has indicated that it would decommission or sell the surveillance planes used for flights under the deal.