Home / WORLD / With child refugees disappearing by the thousands, the EU is again allowing a migration-related taboo explode into a crisis

With child refugees disappearing by the thousands, the EU is again allowing a migration-related taboo explode into a crisis 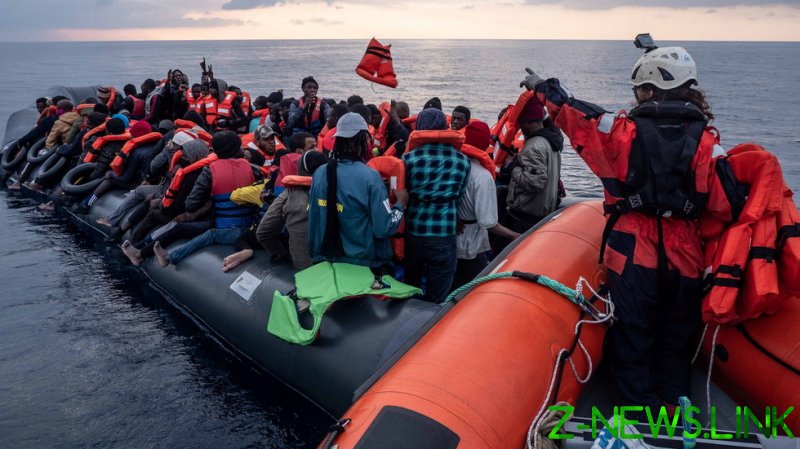 International journalism collective  Lost in Europe revealed on Sunday that over 18,000 unaccompanied minors have gone missing since arriving in European countries from 2018 to 2020. Not only is that figure likely too low, as currently 17 EU Member States and the UK do not provide full data on these disappearances, but the continent’s resources are currently maladapted to deal with what may be a main cause of the phenomenon: rampant exploitation of minors by criminal networks within Europe, some of which are run by adult migrants themselves.

While impatience with lengthy asylum-seeking processes, fears of deportation, and journeying to be reunited with relatives are mentioned among the valid explanations for why sizable numbers of child migrants have gone missing after entering the EU, “potential abduction and/or exploitation” is another, increasingly cited, reason for the missing-persons cases.

This crisis is one of several following a similar pattern in Europe’s recent history.  Many EU leaders and citizens have seen their supposedly European values – including religious tolerance, gender equality, and children’s rights – assaulted by certain groups of migrants whom these leaders and citizens have welcomed into Europe in the name of those same values. As they scramble to externalize the problem and focus on its border-security implications – through deportations, paying Morocco and Turkey to keep more migrants from coming to Europe, and tightening procedures for new asylum claims – they again risk ignoring the dangerous implications within Europe stemming from mistakes already committed.

Like instances of anti-Semitism and rape committed by groups of migrants that erupted into scandals only after mainstream politicians and media outlets could no longer cover them up, the criminal exploitation of unaccompanied migrant children could boil over in a similar manner.

The alarms on this simmering taboo have been going off with increasing frequency ever since Europe’s migration crisis entered full swing in 2015.  Douglas Murray, author of The Strange Death of Europe: Immigration, Identity, Islam, details how in that year, as German migrant-detention facilities were crammed to overcapacity, rapes of child migrants were reported at a facility in Bremen.

The following year, when over 90% of child migrants arriving in Italy via the Mediterranean Route were unaccompanied, the UN Children’s Emergency Fund (UNICEF) issued a statement calling on European governments “to protect these children from all types of abuse and exploitation.” The organization had at the time received reports that significant numbers of the over 7,000 unaccompanied child migrants who came to Italy from Libya in the first half of 2016 had been forced into prostitution or raped, even before arriving in Italy.

The UNICEF statement also mentioned that due to the illegal nature of the “pay-as-you-go” smuggling operations that many child migrants are forced to deal with in order to find a way into Europe, “there are no reliable figures to show how many of the refugees and migrants die, disappear into forced labor or prostitution, or linger in detention.”

At the time, Marie-Pierre Poirier, UNICEF Special Coordinator for the Refugee and Migrant Crisis in Europe, noted that “Every country – those the children leave, those they cross and those in which they seek asylum – has an obligation to establish protection systems focused on the risks that unaccompanied children face.”

Evidence of those risks continues to accumulate. A 2018 report by the European Union Agency for Law Enforcement Cooperation (Europol) went into detail on migrant-controlled criminal networks and their exploitation of child migrants in the EU. Among several known examples mentioned, networks of African migrants forcing unaccompanied child arrivals into prostitution rings were also cited as being involved in “other criminal activities,” including migrant smuggling, money laundering, and drug trafficking.  Such multi-criminal activity extends the reach of these organizations and the risks that unaccompanied child migrants run of being ensnared by them, especially if the migrants use a smuggling network.

A study released the same year by Germany’s Federal Office for Migration and Refugees (BAMF) and the German national contact point for the European Migration Network (EMN) documented how starting in 2016 and 2017, “there were more frequent reports of criminal activities by unaccompanied minors or by gangs of unaccompanied minors in individual towns and cities” from migrant groups in Germany.

According to the Europol report, between 2015 and 2017, when the EU’s migration crisis was escalating, 189,845 unaccompanied minors applied for asylum in EU countries. Simultaneously during the same timeframe, “the risks around the trafficking and exploitation” of these minors within Europe increased dramatically.

Segments of European civil society have been taking note of the problem from the outset.  Federica Toscano, in charge of advocacy and migration at the NGO Missing Children Europe, has affirmed that Lost in Europe’s recent findings show “a child-protection system that doesn’t work.” Criminal networks on the continent are increasingly going after unaccompanied child migrants, with “many of them [becoming] victims of labor and sexual exploitation, forced begging, and trafficking.”

Tobias Klaus, who works for the German Federal Association for Unaccompanied Refugee Minors, has stated that “we know alarmingly little about the dangerous situations these young people may find themselves in” and has demanded “more social workers and offers of support” to protect vulnerable child migrants.

Yet the European Commission – the EU institution tasked with giving legislative direction to Member States on how to combat the problem – seems more preoccupied with making pleasant-sounding promises and focusing instead on the border-security aspects of migration.  Home-Affairs Commissioner Ylva Johannson has voiced “deep concern” about the disappearances but wants Member States to take ownership of the dilemma – ownership they are not in a position to take, given that many of them suffer from cursory investigative follow-up and lack of coordination among involved agencies in looking into such cases.

The logistical effort and monetary cost involved in providing effective protection services to child asylum seekers in danger of entrapment by migrant-controlled criminal networks is apparently too expensive and embarrassing for any EU leader to execute.  The EU’s efforts in this area are instead focused on externalizing European border checks and making asylum and deportation processes stricter, evidenced by the Commission’s proposed New Pact on Migration and Asylum, published in September 2020.  This program would compel Member States not wanting to take in additional refugees to help pay for the cost of deporting those who have already been refused asylum.

Though the Commission has cited its consultations with civil-society players advocating for a common approach in addressing the issue of missing child migrants, its proposals for enhancing child migrants’ rights currently revolve mainly around making their asylum process more efficient rather than fully protecting them from possible exploitation.  Under a prospective revision to the ‘Reception Conditions Directive’, the draft pact pledges “unaccompanied [migrant] minors will immediately receive assistance.”  It remains to be seen, however, what form or what degree that assistance might take in individual Member States, or whether such assistance would be sufficient to shield an unaccompanied child migrant from exploitation.

As with other nasty aftereffects of uncontrolled migration which the EU is currently experiencing, belatedly beefing up border controls and deportation capabilities do little if anything to quell criminal enterprises that have profited first from the EU’s initial laxity and from its sluggishness in reforming migration policy.  The newly stringent scheme may even indirectly benefit the illegal operations that prey on many child migrants.  The EU getting harsher toward its asylum seekers means the smugglers can raise their prices and put the unaccompanied minors who use them more into debt, leaving the shadowy path of criminality their only option for remaining in Europe.