Home / Society / Winter is cancelled: in Ukraine there is a warming

Winter is cancelled: in Ukraine there is a warming 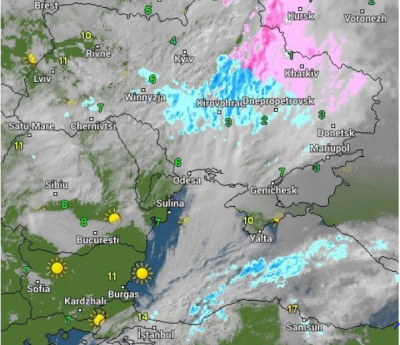 After frost in Ukraine will get warmer.

Friday, October 27, on the territory of Ukraine we should expect warming to +13 +16 degrees.

According to her, this day the temperature will rise in most areas, including where on Thursday, October 26, the snow fell.

Everywhere is cloudy and damp, the rain. Tomorrow in the East, significant precipitation is unlikely,” wrote Didenko.

The forecaster noted that in most regions of Ukraine since Monday the air temperature drops to +3 +8 degrees in the West to 0 6 degrees.

In Kiev on 27 October is expected to be wet, cloudy weather with rain. The temperature at night to 6 degrees, around 11 degrees.

In Odessa is going to be Sunny. It is expected that the temperature will rise to +16 degrees.

In Kharkov on October 27 also is expected Sunny weather. The maximum air warms up to 12.

In Lviv on Friday, rain is expected. Temperature up to +11.

In the Carpathian mountains will be rainy, the air warms up to +12.

Thirty-five years ago, the head of the Sverdlovsk regional party Committee Boris Yeltsin moved to …