Wings of death: How availability of combat drones will change war forever 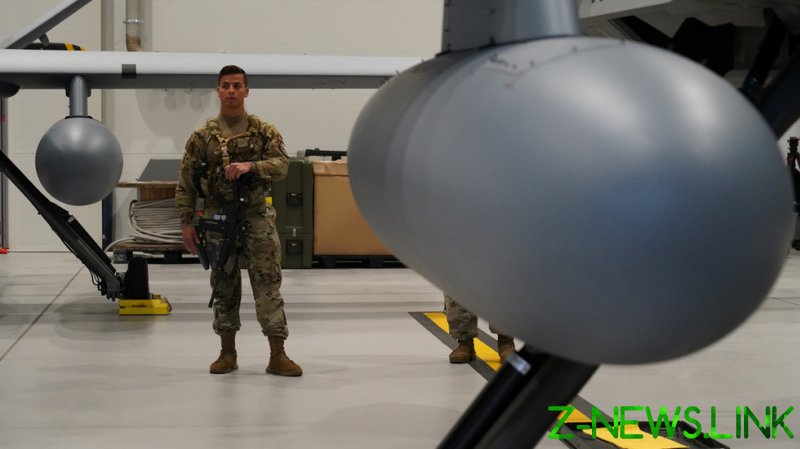 The proliferation of unmanned aerial vehicles (UAVs, commonly referred to as drones) has brought about a sea-change in the way nations wage war today, ranging from the ability to gather intelligence in ways unthinkable using manned aircraft, to the discreet and precision employment of lethal weapons in a way which delivers a bigger bang for the buck when it comes to battlefield impact. While this technology is well known to the professionals who employ it daily, it remains a relatively obscure capability for the layperson, who often sees the term “drone” used without fully comprehending its implications.

The US military has long had an interest in the potential of remotely piloted unmanned aircraft. During the Second World War, Operation Aphrodite employed modified B-17 bombers which were taken off by an aircrew, who then bailed out of the aircraft. The bomber was then taken over using radio-control by a crew in a following B-17, which then used on-board television cameras to guide the crewless B-17 filled with explosives to its intended target, which it would then crash into, destroying it in the resulting explosion. The program had poor results and was scrapped after a number of missions went astray.

During the Vietnam War, the US Air Force made extensive use of the Ryan Aeronautical Model 147 Lightning Bug subsonic drone to perform pre- and post-strike reconnaissance missions over heavily defended areas of North Vietnam. A more advanced version of the Lightning Bug, known as the Firebee, was flown over North Vietnam, China, and the Soviet Union to collect both imagery and signals intelligence. This use of drones saved the lives of scores of US crewmen who otherwise would have been killed had these missions been performed by manned aircraft.

I had the opportunity to get in on the ground-floor of modern drone technology in the 1980s, when the US Marine Corps adopted the Israeli-made Pioneer UAV, helping transform a technology which had previously been limited to strategic-level missions to one with practical tactical application on the modern battlefield. The techniques and procedures that the Marine Corps perfected in the deserts of 29 Palms, California, were later used in the Gulf War, in 1991, where Pioneer drones were used to collect intelligence and coordinate fire support against Iraqi targets.

The Pioneer was replaced by the RQ-1 Predator in the mid-1990s. The Predator provided the US military with a longer range, greater loiter time over the target, and improved navigation and collection sensors. The Predator used a ground-control station that was located at the airfield from which the drone was operated. Control could be passed off to a mobile ground control station operating in the vicinity of the area being surveilled.

In 2001, however, the Air Force, working on behalf of the CIA, changed the way drones would operate forever. The CIA had been tasked with killing Osama Bin Laden. The Air Force mounted a Hellfire missile on an RQ-1, and then connected the aircraft to a remote ground control station in the US, located at CIA Headquarters. Control of the RQ-1 was done remotely, through a signal sent to a satellite relay station in Germany using an underwater cable, and then uplinked to a satellite, which communicated directly with the aircraft.

The 9/11 terrorist attacks occurred before this system could be used operationally. However, the RQ-1/MQ-1 armed drone quickly became the ‘go to’ weapon of choice in the post-9/11 global war on terror, with US Air Force and CIA drones firing thousands of missiles, resulting in the deaths of thousands of militants along with a significant number of civilians.

An upgraded version of the MQ-1, known as the MQ-9 Reaper, was later fielded, capable of longer-duration missions and employing a mix of missiles and satellite-guided bombs. Other drones, such as the stealthy RQ-170, were developed with even greater mission duration and intelligence-collection capability. The RQ-170 famously flew over Osama Bin Laden’s complex in Pakistan during the US raid that took his life, beaming images direct to the White House. An RQ-170 was also hijacked by the Iranians, who landed it inside Iran, taking possession of the aircraft and its sensors, which were reverse-engineered for use in Iran’s own indigenous drone program.

Drone technology has become a staple of modern US war fighting, mixing the kinetic capabilities of the Predator and Reaper with the reconnaissance capabilities of the RQ-170, RQ-4 Global Hawk, and other systems to provide full-spectrum support for US forces operating overseas.

The use of drones has enabled the US to conduct deniable attacks on the soil of nations it is not officially at war with. It has also helped prevent the escalation of hostilities by limiting the potential for casualties in case a drone is shot down. Perhaps the most pertinent example of this is the loss of a Global Hawk drone to Iranian surface-to-air missiles over the Strait of Hormuz in June 2019. Had a similarly equipped manned reconnaissance aircraft, such as the E-8 JSTARS, been shot down, the loss of 22 US airmen would have demanded a significant military response in retaliation. Because no life was lost in the downing of the Global Hawk, however, the incident was able to be deescalated.

The success of the US in employing drone technology has led several nations to embrace UAVs into their own operational repertoire. The US approach to UAVs, however, emphasizes technology, which puts the drones used by either country outside the budgets of most other nations. Several nations, however, have come to the forefront of drone employment, using affordable yet effective UAV systems. One of these, Israel, has fielded an entire family of so-called “suicide drones” which mimic the intent of the remote-controlled B-17 bombers of World War II and the capability of the MQ-9 Reaper by using aircraft employing high-quality sensor technology that are basically flying bombs. These aircraft overfly a region, identify a target, and then crash into it, destroying the target. The Israeli Orbiter-1K small kamikaze drone and the Israeli-made Harop loitering munition were reportedly employed by Azerbaijan along with Turkish-made drones during its victorious war with Armenia in 2020.

Turkey has made extensive use of its indigenous armed drone, the Bayraktar TB2, in combat operations in Syria and Libya. These small drones each employ up to four small, precision-guided munitions which have been used to great effect against hostile forces. Turkey has provided the TB2 to Ukraine, where it has been used against Russian-backed forces in the Donbass region. Turkey has also developed its own version of the “suicide drone,” a quad-copter design known as the Kargu-2, which can operate independently and as part of a swarm of up to 20 drones capable of overwhelming most defenses.

Iran, too, has developed an indigenous drone capability which has been used to great effect against targets in Saudi Arabia, where Iranian-made drones employed by Houthi rebels in Yemen heavily damaged Saudi oil production plants in 2019. More recently, five Iranian-made drones were used by pro-Iranian militias operating inside Syria to strike the barracks used by US forces based in Tanf. The recent use of Turkish-made drones by Ukraine and Iranian-made drones in Syria have threatened to dangerously escalate the conflict in those two regions by drawing in Russian (in Ukraine) and US (in Syria) forces into the fray.

While no one doubts the efficacy of either Russia or the US when it comes to waging war, the ability of their respective foes to employ lethal drone technology serves as a short-term battlefield equalizer that not only must be respected by military commanders on the ground, but also by policy makers back in Moscow and Washington, DC, who can no longer be assured of technological supremacy on the battlefield.

As drones become cheaper and more capable, the future battlefield might be defined by the kind of swarm technology that usually has been the exclusive purview of fantastic light shows seen at the Olympics or over Mexico City in celebration of “the Day of the Dead.” Instead of entertaining a potential enemy, however, such swarms, when using lethal suicide drones, can rapidly overwhelm a broad expanse of defenses, potentially altering the outcome on the battlefield in favor of the side employing this technology. The face of war is changing, with drone technology no longer the exclusive purview of the major powers.