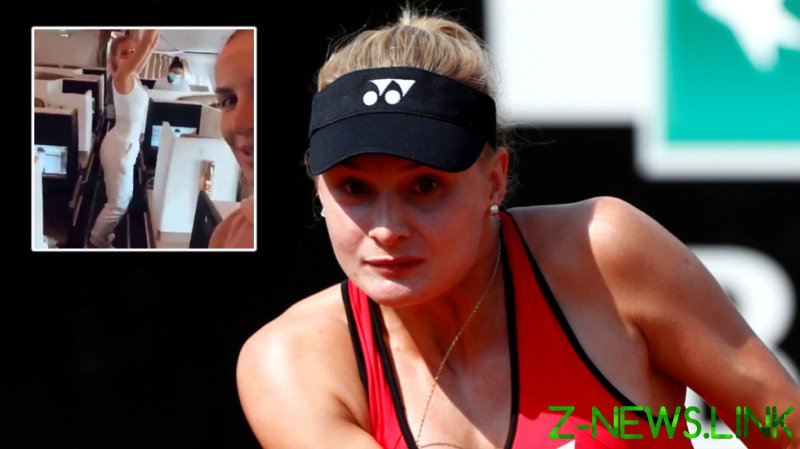 The world number 29 failed an out-of-competition doping test in November after a prohibited substance, mesterolone metabolite, was detected in her urine sample.

She was charged with an anti-doping rule violation, with her provisional suspension coming into force on January 7.

Despite having a provisional doping ban, Yastremska boarded one of 18 charter planes funded by Tennis Australia, sparking angry reactions from fans who argued she shouldn’t have been allowed to travel to Melbourne.

Yastremska was spotted on Svetlana Kuznetsova’s Instagram story as the two-time Grand Slam winner made several videos during her flight to Australia.

The Ukrainian ace could be seen dancing shortly before take-off, with Kuznetsova – going maskless in the video – predicting that “this going to be a funny flight.”

There has been no official confirmation that the 20-year-old will be allowed to participate in the upcoming Grand Slam.

Yastremska could be cleared to play at the tournament should she succesfully apply for her provisional suspension to be lifted.