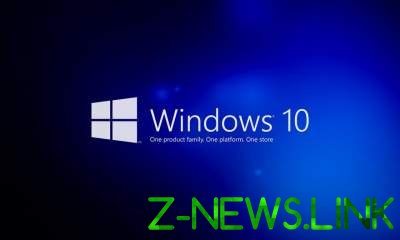 Unpleasant information was reported by the programmers.

In case of detection of vulnerabilities the updates are first released only on Windows 10. While the programmers will prepare patches for older versions of the OS, hackers analyze the code of the patches for “ten”.

Thus, users of Windows 7 and Windows 8 are very vulnerable to attacks. Experts believe that Microsoft may give them a false sense of security. And at the same time, the Corporation leaves pests tips. Code to update, and then even a non-professional cracker could easily compare the binary method. But the files in Windows 7, Windows 8 and Windows 10 do not differ much.

This was stated by the expert of Google Project Zero Mateusz Yurchik. He believes that the policy of the Microsoft updates are dangerous to all who do not use Windows 10. Because of the late release of security patches, attackers will find the vulnerabilities that Microsoft will try to close. This knowledge will help soon the hackers EN masse to break the old OS version before the problem-solving programmers.

A particular danger is that in the last version of the OS most of the users still not moved. Windows 7 takes the largest share among all the “Windows” on computers – 44%. And these PCs are under particular threat of hacking. Especially considering that in some cases, the company released a patch soon for Windows 10. For example, CVE-2017-8680, CVE-2017-8684 and CVE-2017-8685 in previous Windows is still not eliminated.