Home / economy / Will we ever richer?

Will we ever richer? 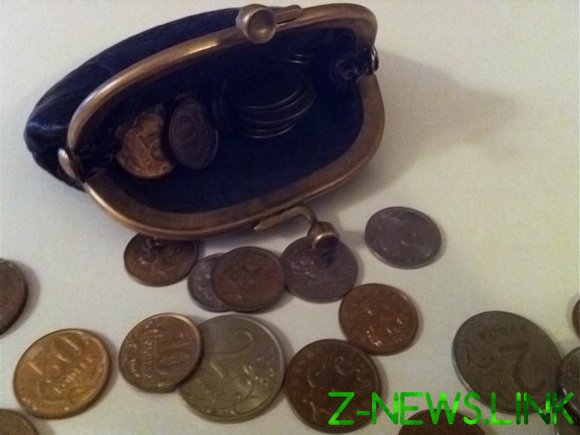 The Russian government continues to radiate public optimism, promising his fellow citizens, though small, but still revenue growth. In fact, it is not so fun.

The Ministry of economic development of Russia predicts that in the next four years, incomes of Russians will grow (no kidding) two percent per year. The forecast of this growth of “prosperity” is derived from the base scenario of development of the Russian economy, compiled in the Ministry in the last month, and received the name “the Scenario conditions, basic parameters of the forecast socio-economic development of the Russian Federation and the predicted change of the prices (tariffs) for 2020 and the planning period of 2021 and 2022”.

Under this scenario “in 2019-2024. in the conditions of rather uniform growth and stable inflation, real wages will increase two percent rate overall for 2019-2022, respectively in terms of the underlying option, the figure will increase by 8.7 percent for 2019-2024 from 14.6 percent.”

For example, everything will be as it says “base scenario” of economic development. A lot of it to two percent per year, or a little, everyone can estimate, based on their salaries. Well, for example if you get 20 thousand rubles per month (a salary in this range in Russia today have millions of its inhabitants), for a year, your wages will increase by “as much as” 400 rubles. This kind of annual raise in salary the average Muscovite will be able to buy, say… three and a half standard packs (180 grams) of the available butter in the cheapest store…

However, where does even this “basic” optimism of the government is not very clear. According to Rosstat, in the first quarter of 2019, the income of Russians has declined by 2.3 per cent compared to the same period of 2018. And more or less prosperous middle income figures, of course, do not give a real idea of the standard of living of most Russians.

So, in 2018 the average monthly income of “ordinary” Russians were 36.3 thousand. At the same time, in January of the same year he was at the level of 23 thousand rubles, and in December and 47.7 thousand. In the remaining 10 months of last year, these figures ranged from 30 to 33 thousand rubles a month.

However, calling these numbers, we must remember that they are obtained from adding a “bunch” multibillion-States “owners of factories, Newspapers, steamships,” the miserable pensions in the 12 to 17 thousand rubles, and about the same as retirement (or even less), wages of millions of ordinary employees and workers.

A more specific picture of the income of employed Russians can be seen on the website of the Federal state statistics service. Let’s see, first of all, the level of wages as the basis of all incomes of Russians is they, which is determined by the nature of employment in the Russian Federation.

According to Rosstat statistical compilation “labour force, employment and unemployment in Russia” for the year 2018, the number of the working population in the Russian Federation is 72.1 million people, hired workers account for 67.4 million people, or 93.4 per cent of all employees. Accordingly, for this category the main source of income is usually wages.

What is the level in those industries which are not engaged in pumping out the hydrocarbons from the Russian deposits? According to the same Rosstat, in early 2019, the average salary in agriculture, forestry, hunting, fishing and fish farming amounted to little more than 28 thousand rubles. And here we must bear in mind one little statistical trick. Fisheries, where wages are about three times higher than in agriculture, it is no coincidence combined with crop and animal production, where earnings barely exceed 20 thousand rubles. It is clear that knocking “in the pot” these industry statistics get a few more “decent” average amount.

However, we must bear in mind that all of these reasons the level of wages in manufacturing industries are also averaged. If you isolate them from the earnings of top managers, the picture becomes even more depressing. In fact, it must be conducted about what people in these industries work full time, and often much longer for a cash consideration less than the officially established (i.e. low) cost of living.

And this happens not only in private enterprises, which in Russia today are 94% of all organisations but also in state and municipal institutions. And not only in a remote province, but also in capital cities, where salaries of Junior and middle staff in some of the public hospitals and educational institutions fluctuate around 12 to 17 thousand rubles per month. And this despite the fact that the cost of living in the capital from 2019 is 18580 rubles.

In fact, we are talking about the fact that millions of people in Russia receive salaries, which prevents them from elementary to recover at least his physical strength. On how many such workers in the country, the idea can be formed according to the same Rosstat, in 2018.

The only question is what level of income will be considered to be minimal. If 15 thousand rubles per person, those who live on such income and below in the country officially there are 26.2 per cent. If we take the cost at least somewhat more realistic numbers, for example, 20 thousand rubles a month, 26.2% need to add another 13.5 percent. It is the number of Russians there are in the amount of from 15 to 20 thousand rubles per month. Accordingly, in this case, the number of our citizens living on income equal to subsistence level and below, is increased almost to 40 percent.

See also:  What is the model of "reformed" Russia?

However, by and large, is 20 thousand rubles as a minimum subsistence level for a person can and need to be based before the crisis 2014-2015. Today, after five years of falling incomes of Russians, after the devaluation of the ruble twice in relation to major world currencies, which occurred in those years, it would be better to consider cost of living, at least 25 thousand rubles. About as much need now one person in our country, food and the most necessary expenses, like tolls on work and housing services. If he means enough only for such expenses, then this is the level of poverty, as it treats the United Nations.

And that’s when those 40 percent of our poor countrymen, of whom it is written above, it will be necessary to add another 11.6 percent of the citizens living on the income from 20 to 25 thousand rubles a month. In this case we receive more than 50% of the Russians, which would be worth to officially recognize the poor in accordance with the UN criteria. It would be necessary… But who will recognise them?

Another 40% of Russians, according to Rosstat, live on the income from 25 to 70 thousand rubles a month and for convenience they can be classified as middle class. Those who receive 70 thousand and above, we have in the country today, there are officially only 8.3 percent.

The idea of the wealthiest citizens of Russia, which Rosstat is not engaged, gave the research company MARC Russia, commissioned by the VTB year ago. According to him, in Russia, 1.3 million people (0.9% of the population) have incomes in excess of 120 thousand rubles per month. Of these, those who earn 30-50 million rubles, a total of 200 thousand people, or about one-tenth of one percent of the total population of the country.

And that their income in the coming years accurately will not decrease. However, we are talking not about them but about the absolute majority of Russians, who in the coming years, despite official optimism, the economic development Ministry is likely to become richer and the poorer.