Home / WORLD / Will the torturing to death of a vocal critic lead to the ousting of Mahmoud Abbas, Palestine’s de facto dictator?

Will the torturing to death of a vocal critic lead to the ousting of Mahmoud Abbas, Palestine’s de facto dictator? 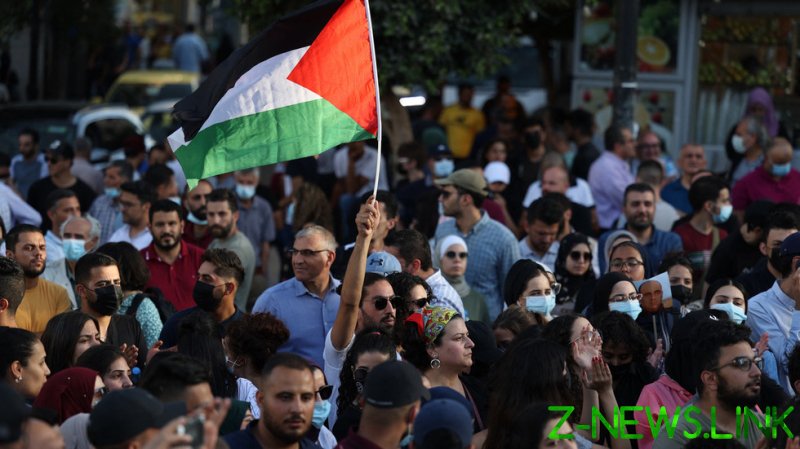 “I saw with my own eyes how [the security forces] were using explicit photos, from the girls’ phones they stole, as blackmail,” a Palestinian journalist tells me, speaking anonymously, hoping to expose a scandal. If true, it adds to the long list of damning accusations which seem to be leading inexorably to the downfall of the Palestinian Authority (PA).

Palestinians have rallied across the West Bank for five days straight, condemning the authority which partially rules the occupied territory for having tortured to death one of its most vocal critics, Nizar Banat. Banat, 44, a father of four and an outspoken political activist, was arrested in the early hours of June 24. Two hours later he was dead, his body bearing signs of torture and beating.

When news of his death became known, supporters took to the streets. Met with the full might of the PA’s police forces, they have been beaten, teargassed and arrested, yet are continuing to organize further protests calling for President Mahmoud Abbas to resign.

Plain-clothed PA officers have been filmed and photographed attacking demonstrators, a tactic often used by Israel’s “Arabist” units, which seek to use the element of surprise to their advantage. The PA officially denies that it deployed these forces in civilian clothing, yet it is well documented that they were there.

According to ‘Reporters Without Borders’, during last weekend’s unrest, PA forces had assaulted 12 Palestinian journalists, five of whom were women. The phones of arrested activists were also reportedly seized in many cases, with allegations having spread that private photographs from the phones of female demonstrators had been shared on social media by men belonging to the Palestinian Authority forces. In one case specifically, allegedly commenting on a photo that had been posted, a PA loyalist is said to have written “curse [protesters], long live the men of Fatah under Mahmoud Abbas.”

All of this previously fell under the category of distant allegations, until I was contacted by a trusted Palestinian journalist who had, like many, been covering the anti-PA demonstrations. He spoke only under the condition that his identity would be shielded, for fear that he may be arrested if identified. He claims to have seen a private Whatsapp group run by men belonging to the PA’s Preventative Security Services (PPS), due to having a friendship with a member. He was able to discover the information, but unable to act against what he sees as a clear injustice.

“A friend of mine who works for them [PPS], showed me the messages sent in a private group chat,” he explained. “They were sharing the explicit photos of the girls that they had taken from their phones and amongst each other were calling the girls whores, along with various other insults.”

The journalist said that his PPS friend who showed him this group chat looked as if he felt guilty for being involved with such an incident. “They are just young women protesting for their country and against the silencing of critics, how is this legal or honorable to do this to them for standing up for their own rights?” the Palestinian journalist told me.

“I was told that these photos were being used to blackmail the girls, so that they would not come back to the demonstration and that other sensitive information was collected from their phones. I felt disgusted and began to feel even worse when I realized that I couldn’t even report on it.”

Especially for conservative households in the occupied Palestinian West Bank, the shame that can be brought on a young woman who is exposed like this can be overwhelming and lead to huge family disputes.

“All I want now is for people to know what is being done to these women, they are not bad people and their private property was stolen,” the journalist told me. “I just don’t understand why people claiming to work for us would do this to their own people.”

The Palestinian Authority is an organization, funded and trained by the United States and EU, which maintains a partial control over the occupied West Bank and manages the domestic security situation in the territory’s largest cities. It was set up as a product of the 1993-1995 Oslo Accords, signed between the Palestine Liberation Organization and Israel. According to prominent Israeli peace activist Miko Peled, the PA “works for Israel,” and is characterized often wrongly as being completely independent from Israel’s occupation of the West Bank.

Earlier this year, the PA’s President Abbas, whose term in office technically expired in 2009, pledged to hold the first democratic elections in more than 15 years, but canceled them abruptly. Abbas claims that Israel’s refusal to allow Palestinian voters to cast their ballots in East Jerusalem was the reason for the cancellation of both the legislative and presidential elections, but he is accused by many Palestinians of having done so out of a fear of losing to his rival party, Hamas.

The recent events in the West Bank have led many prominent Palestinians, including scholar Joseph Massad, to conclude that the Palestinian Authority’s days are numbered. With growing anger towards it, the PA has resorted to requesting crowd control equipment from Israel, showing that they anticipate further tensions in the future and fear an attempt to physically oust them from power.

These allegations that members of the security services have been using sensitive information and photos of Palestinian women in order to shame and blackmail them must be investigated. The seizure and theft of private material from mobile phones is a serious matter, but using that material in this way is even more egregious. But given the constant harassment, torture and beatings dished out against vocal critics of the PA, this would be but only one in a sea of offenses committed against their own people.

The anger against the PA, which provides Israel with most of its intelligence on Palestinians inside the West Bank, helping them foil attacks against Israeli military targets and settlers, has been steadily building. With the cancellation of Palestine’s democratic elections, making Abbas a de facto dictator, and now the killing of a prominent dissident, followed by a brutal crackdowns and threats issued to people opposed to his rule, it seems that the legitimacy of the authority is at its lowest point.

Palestinians do not feel as if they are protected by their rulers, who enrich themselves while acting as traitors who serve to protect the security interests of Israel. This is being shown to be true, as the protests are confronted violently and more dissidents are arrested. Abbas’s day may be numbered.