Home / WORLD / Will the Taliban seize or squander its moment now that it’s back in control of Afghanistan?

Will the Taliban seize or squander its moment now that it’s back in control of Afghanistan? 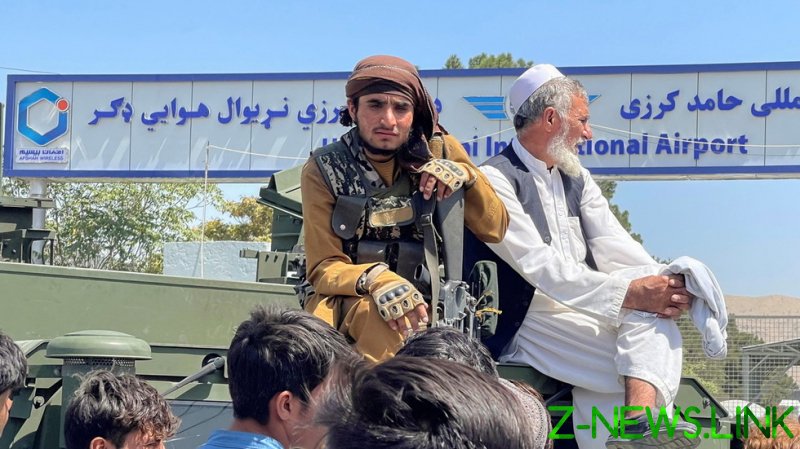 As its triumphant leaders swaggered into the presidential palace in Kabul, shocked Afghans and foreigners alike wondered, warily: ‘what kind of rule will the new Taliban dispensation bring?’ and ‘how will this earth-shaking change affect regional and international security?’

As long as the Taliban was a guerrilla force, those answers could be deferred. Now it’s in control of Afghanistan’s entire state apparatus and territorial borders. So, the onus is on the organisation to prove it will act more maturely compared to its previous stint in power, from 1996 to 2001.

Back to the ‘Islamic Emirate’?

The initial remarks of the Taliban’s political leader Mullah Abdul Ghani Baradar, giving assurances so “that our nation has a peaceful life and a better future” and calling on his cadres to “be humble and not act arrogantly” at least sounded statesmanlike. But the Taliban have a long track-record of promising to do good and be fair, while violating agreements and norms.

The hard-core, ultraconservative, Sunni jihadist ideology of the movement and its goal of establishing an ‘Islamic Emirate’ cleansed of all aspects of modernity have not won many admirers. Also, the Taliban’s experience of winning political power through the barrel of the gun leaves little guarantees that the rights of women, religious minorities and general civil liberties will be respected.

Had there been a balanced power-sharing deal between the Taliban and the now-deposed government of Ashraf Ghani, with major international players serving as guarantors, one could have hoped for a moderated or watered-down version of Taliban rule. But the manner in which the Taliban seized power suggests they will want to extract their pound of ideological flesh as a fitting reward for two decades of armed struggle.

Horrific reports of repression and retribution by the Taliban against civilians in freshly taken provinces indicate that reining in abuses by local commanders and personnel is not going to be easy, even if the Taliban’s core leadership wants to do so. Failure to soothe nerves will ensure quiet resistance and disobedience to the new Taliban government from younger Afghans in urban centres, who have enjoyed relative freedoms and who seek to keep windows open to the outside world. Even if the Taliban cracks down on Afghan civil society, news media and activism, it cannot take for granted the permanent acquiescence of all citizens, or of the country’s opportunistic ethnic strongmen.

The history of Afghanistan is mostly one of decentralised and loose forms of state, with gaps filled by a range of non-state actors. A Taliban-run state will have to contend with this structural reality. On paper, it looks like the whole of Afghanistan is presently at the mercy of the Taliban, which is absolutely unfettered in forcibly remaking the country as per its vision of a medieval Islamist paradise. But the social and ethnic divisions about what kind of country Afghanistan should be are deep-rooted. Vanquishing a corrupt US-dependent state was the easy part for the Taliban, but the burdens of administration bring a wholly different set of challenges which require accommodation, not imposition of victor’s justice.

Another factor crucial to determining ‘Taliban 2.0’ (if there can be such a reinvention), is how its officials conduct themselves with Afghanistan’s neighbours and world powers. Having received generous sanctuary and state assistance from Pakistan as a counterbalance to India –which supported the moderate elected governments of presidents Hamid Karzai and Ashraf Ghani– the Taliban has a reputation for acting as proxies of Islamabad.

As the Taliban stepped up gears to overthrow Ghani’s government in the wake of the US withdrawal, Pakistan’s security establishment celebrated its protégé’s battlefield successes owing to its old belief that a Taliban-controlled Afghanistan will provide Pakistan ‘strategic depth’ against India.

New Delhi’s apprehensions over Islamabad misusing Afghan territory with the complicity of a Taliban-dominated government for training hard line anti-India jihadists are not imaginary. A 2020 United Nations report found internationally banned Pakistani terrorist outfits like Jaish-e-Muhammad and Lashkar-e-Taiba, which challenge India’s rule in Kashmir, to be co-located alongside Taliban fighters in camps inside Afghanistan. With the Taliban in power in Kabul, fears of a revived wave of terrorist incidents in Kashmir, which could ignite war between nuclear-armed India and Pakistan, are not hypothetical.

India has opened channels with the Taliban to avert this eventuality, and the movement has been publicly insisting it will “not allow any individual or entity to use Afghan soil to mount an attack against any other country.” But the proof of the pudding is in the eating, and much depends on how much autonomy the Taliban-led Afghan government will exercise from its mentors in Pakistan. There are also chances of a terrorist blowback effect inside Pakistan, where the ‘Pakistani Taliban’ have been emboldened by the victory of the Afghan Taliban. The prospect of a revived ‘Pakistani Taliban’ insurgency against the Pakistani state should serve as a cautionary tale to Islamabad not to play with fire again.

The policy China adopts towards Taliban-ruled Afghanistan is also crucial. Attacks killing Chinese citizens in Pakistan have been attributed to the ‘Pakistani Taliban,’ which is motivated by Islamist rage at the treatment of Uighur Muslim minorities in China’s Xinjiang region. It remains to be seen if the Taliban’s guarantees to Beijing, that it will not harm Chinese security in Xinjiang, can be fulfilled in practice. Only time will tell if China can effectively buy security by recognising the new Afghan state under Taliban rule or by funding post-war reconstruction in a Taliban-led Afghanistan.

As is the case with domestic policies, the spectre of a Taliban-ruled Afghanistan becoming a magnet for regional and global jihadists who spill over borders and terrorise neighbouring countries can only be resolved if the Taliban’s leadership tamps down the hotheads and extreme fundamentalists among its foot soldiers and commanders.

Apart from India and China, there is a shared interest among the US, Russia, Iran and Central Asian countries for the Taliban to sever its ties with terrorist groups like Al Qaeda, Islamic State, Daesh North Caucasus, and Islamic Movement of Uzbekistan. A strong coordinated counter-terrorism posture by regional and global powers, including conditionalities attached to recognising the new Taliban-dominated state and offering it financial aid, is essential if the fallout of the regime change in Kabul is to not blow up in the world’s face.

With great power comes greater responsibility. Having conquered Afghanistan and defeated a superpower, can the Taliban restrain its old impulses and show magnanimity in domestic affairs and sagacity in foreign policy? Hoping for an intrinsic change of heart in the Taliban is unrealistic. Moderating the Taliban is only possible if sufficient pressure and inducements are applied on the group by Afghanistan’s people and the rest of the world.

The last time the Taliban governed with excessive religious zeal and hostility to the world, it lasted only five years in power. If its leaders want a longer tenure this time, they should listen to the pulse of the Afghan people and to the concerns of the international community.