Home / WORLD / Will Robert Peston/MSM question UK government rules more after finding lockdown 2 was based on dodgy data? I wouldn’t bet on it

Will Robert Peston/MSM question UK government rules more after finding lockdown 2 was based on dodgy data? I wouldn’t bet on it 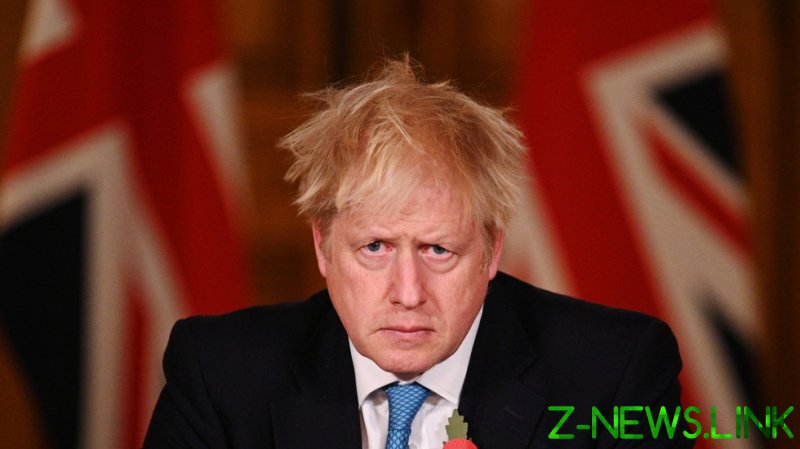 The Office for National Statistics (ONS) is the UK government’s resource for all of the figures and data on Covid. But it seems to have been caught red-handed retroactively changing figures that Boris Johnson cited when announcing the second lockdown at the end of October.

Of that announcement, Peston said “No other course of action seemed sensible.’’ Many would argue with this bizarre assertion, but in any case, on that day, ONS data showed that Covid infection rates had gone from 4.3 per 10,000 people on October 3 to 9.52 on October 17. This jump from 4.3 to 9.52 was billed as a ‘doubling’ of the rates, and was the main pretext for the decision to lock down.

But it turns out that those figures were wrong. At some point since then, they were downgraded to just 4.89 people per 10,000, not 9.52. So there was no doubling. Mr. Peston has helpfully highlighted the relevant number in the below Tweet, with the image on the right showing the updated version.

In other news, water is wet

Mr. Peston, formerly of the BBC, is a household name in Britain. His face (and voice) is highly recognisable thanks to his titular prime time political talk show on ITV, where he is head political editor. (ITV is also the home of Piers Morgan’s Good Morning Britain, the flagship breakfast show which has spent the last nine months terrifying the nation over their cornflakes.) Peston’s platform might force the government into addressing this outrage.

But even if they do, they will no doubt laugh it off as a routine accounting error. What’s more, they have form on this ‘dangerously fast doubling’ canard. Peter Hitchens caught Health Secretary Matt Hancock at it months ago, and chief scientific advisers Chris Whitty and Sir Patrick Vallance tried exactly the same trick before the second lockdown.

This is no coincidence. It is a pattern of misrepresenting publicly available data, and as such cannot be brushed off. If there were a few more proper journalists in the country then perhaps the government wouldn’t be able to get away with this as often as they do.

Mr. Peston, heretofore a staunch supporter of lockdown and the government’s Covid narrative in general, said that he was ‘shocked’ when he noticed this anomaly. Ask yourself: what kind of political journalist has this pearl-clutching response to a government fiddling official statistics? The answer is: one of the most successful and best-paid in the country. You see, no one rises to Peston’s position without a pronounced talent for not seeing the obvious when blindness is more politically expedient.

Peston is also dissatisfied with the response he got from the ONS on the matter, as he should be. According to them, the figures are based on models and therefore ‘subject to change’. In other words, we will make up whatever numbers we damn well please, and how dare you question us?

Mr. Peston says that the ONS’ explanation ‘makes no sense’. Of course it doesn’t; basically they are saying that the first number was wrong but it was also right. It is the standard bureaucratic reply that anyone who has ever dealt with the engorged British state will recognise. Perhaps Pesto normally has his secretary file his freedom of information requests…

Words to live by

Despite these harsh words, Mr. Peston deserves credit for highlighting this blatant fiddling. We lockdown sceptics need allies wherever we can get them if we are to turn the tide against the restrictions that now dominate our existence. Peston’s past sins as a Covid fanatic should not be held against him.

This said, it is highly doubtful that Mr. Peston will change sides. Even if his assumptions about Covid have been shaken to their core, his job is far too cushy, prestigious and lucrative to risk it all by engaging in truly hard-hitting journalism. In fact, just an hour after blowing the whistle on the government’s magic numbers he was back on message, tweeting more ‘good news’ about the Pfizer vaccine.

For a political journalist worth his salt, try Peter Hitchens, a brilliant dissenting voice who has stood against the Covid madness from the beginning. Hitchens’s oft-quoted ‘First Rule of Politics’ is that “All politically significant statistics are fiddled.” If ITV had him as political editor, the country might be in a better state of affairs.