Home / WORLD / Will relations between old adversaries the US & Russia improve under Biden? No, they’ll only get worse

Will relations between old adversaries the US & Russia improve under Biden? No, they’ll only get worse 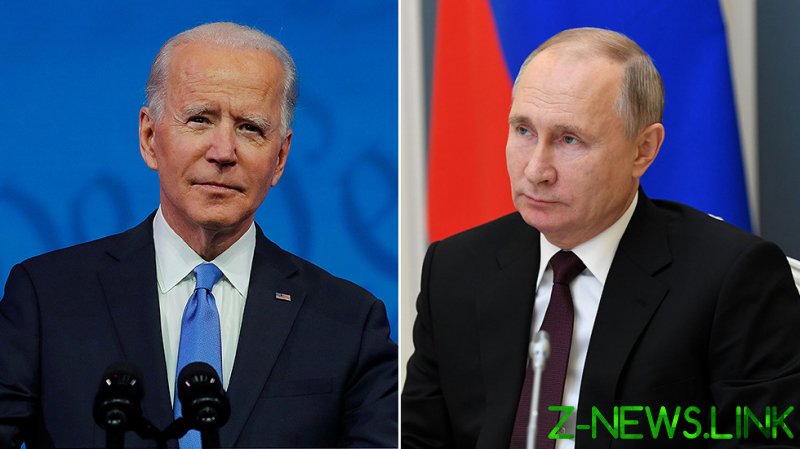 In comments made to the media on Christmas Eve, Russian Deputy Foreign Minister Sergey Ryabkov was critical of US policy toward Russia. Discussing the most recent round of economic sanctions levied by Washington against the country, Ryabkov accused the US of “accommodating the domestic needs of those interested in further non-stop escalation of tensions in relations with Russia, and letting them know that Washington led by the current administration has no intention to slow down its anti-Russian campaign.”

Noting that “the next US president will receive a difficult legacy,” Ryabkov stated that “I am not sure that those who might be responsible for Russia after January 20 [when Joe Biden is sworn in] are inclined and ready to seriously start strengthening a healthy foundation,” adding that “[w]e are moving from bad to worse.”

Ryabkov’s comments cannot be viewed in isolation, but rather must be examined in the context of the past two decades, during which time the US has been angrily lashing out at Russian President Vladimir Putin for the “crime” of seeking to right a Russian ship that was floundering in the stormy seas of post-Cold War lethargy brought on by years of misrule on the part of Boris Yeltsin.

From the US’ perspective, Yeltsin was a compliant asset who sought Russian stability through the implementation of flawed market reform that sacrificed Russian democracy, allowing “economic liberalization” to transform into a Russian version of 19th-century American “robber-baron” capitalism. After years of watching the US run roughshod over a prostrate Russia, buying elections and humiliating Yeltsin in phone calls where he begged his American counterpart, Bill Clinton, to give Russia a modicum of respect, Putin took the reins of power as Yeltsin’s hand-picked heir apparent.

Putin won the Russian presidential election of 2000 and has never wavered from his vision of restoring Russia to what he believes is its rightful position as one of the world’s “great powers.” This has been a constant irritation to Washington, which has sought to sustain the post-Cold War subservient status of Russia as a “defeated” nation whose ambitions were to be permanently subordinated to a “victorious” US/NATO alliance.

As President-elect Biden surrounds himself with a cast of Russo-phobic “Putin whisperers” whose singular focus is on how best to undermine the legitimacy of the Russian president, he should pay heed to the words and assessments offered up by Ryabkov.

The future will not be ‘business as usual’, where the US dictates policy options to a Russia waiting in the wings. Russia will no longer stand idly by waiting for the US to come to its senses, but rather will treat the US for what it has become – a malign actor who must be deterred rather than accommodated. It is the US, not Russia, who has seized the mantle of ‘Evil Empire’.

Ryabkov’s statements are not a threat – indeed, he made it very clear that Russia is ready and willing to work with the US to improve relations.

“If at any stage of the development of the process of its thinking on Russia, Washington demonstrates the readiness to try to clear the way in at least some areas, we will not keep them waiting,” Ryabkov noted. “We are ready for that. But we are not going to beg them to do so. We need relations with the United States as much as Washington needs relations with Russia. They should be fully aware of that.”

The deputy foreign minister declared that “it’s up to the Americans to choose how, when, and what should be done about our bilateral relations. We are not initiating any contacts with Biden’s transitional team, and we are not going to do so. Whenever they become interested, they are welcome, every address is known.”

But Ryabkov was not optimistic for any change coming from the new administration, noting that “[it] would be strange to expect anything good from people, many of whom have built their careers on Russophobia and slinging mud at my country.”

Russia, Ryabkov declared, would be considering a two-track approach toward relations with the US, one that was driven by the reality that “US policy on Russia is deeply hostile and contravenes our fundamental interests.” As such, Russia would be seeking “total deterrence of the United States in all areas.” The second track, “selective dialogue,” would be engaged “only in those areas that are interesting to us, instead of the areas interesting to them only.”

Ryabkov picked up on the use by Biden of the term “adversary” when describing Russia. “If you are adversaries,” he said, “you should sit in your trench, while we will do everything we can to make things worse and more difficult for you. This is the essence of the US policy on Russia, it is crystal clear. This is what we should proceed from and we have no illusions about who we are dealing with on the other side. The situation will fully persist under the new administration.”

US-Russian relations under a Biden administration, Ryabkov declared, were reflective of “a historical moment of truth, when the masks slip and when there is no need to cover with empty words some things that have become obvious recently. This is what is called the naked truth of life. It should be perceived in all of its diversity as it is.”

Russia was patient with Trump, operating under the mistaken belief that the current incumbent sought to better relations. But no more. As Ryabkov noted, “I know for sure there was no interest in normalizing relations with the Russian Federation when the Trump administration was in office.” The door leading to the betterment of relations will remain unlocked, if the US decides it wants to enter. But it will no longer remain open, with Russia standing by like a girl ready to be stood up on prom night.

Those days are over, never to return. This is the new reality that Biden and his coterie of Russophobic advisers are going to have to deal with going forward, a pragmatic reality that no longer seeks or desires a foundation of a friendship upon which to conduct relations.