Home / Society / Will not find it!

Will not find it! 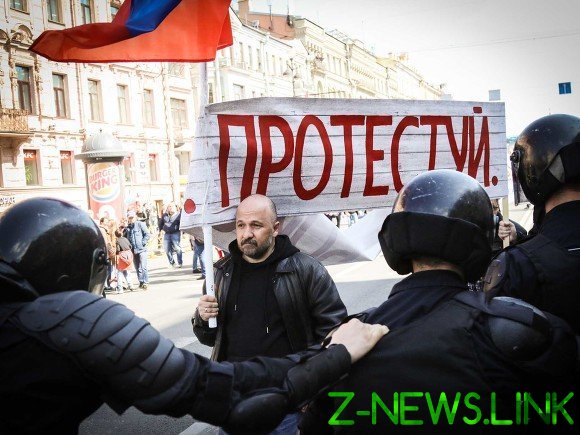 The delay in the transformation of social relations can lead to a “revolution” journalists, doctors, teachers, cooks and waiters…

After the events related to the detention of Ivan Golunova, it became easier to understand who and how to successfully resist police brutality. The question posed by R. Florida, the famous American sociologist, the author of the theory of the creative class, as follows: how do young, creative, highly educated people, already forming the basis of most governments of developed countries, major corporations, main contributor in defining global perspectives of technological, informational, scientific, entrepreneurial and social development, does not occupy a worthy place in making important state decisions of a political nature and definition of main directions of development management States.

R. FL introduced the concept of the creative class to refer to places in the social structure of the people “the creative process absorbs the whole thing.” However, according to experts, to the last time they had played the roles of the ideological and political leaders in the composition of elites. It seems that political power and institutions of public administration — the last line held by the traditional political elites guarding their role and benefits from mass movement to the top political newcomers. With global trends it is difficult to argue, and there is no doubt that sooner or later there will be a rotation of traditional bureaucracy, and it will be pushed out of the most important systems of decision-making new people.

I wanted to draw attention to it. Theoretically, the recognition of creative groups as engines of growth should mean that the state is interested in successful development needs with the sensitivity and understanding toward the lift of these groups, to create conditions of economic and political success. Don’t just use their achievement to improve the efficiency of their own work, that is, give them the role of “subservient.” Would like to see the state with these groups have established a relationship of equality, transparency, mutual interest.

See also:  Russian stars crying that they "threw" in the Crimea

I’m afraid that the current situation is far from this. Ironically, perhaps, the most “discriminated against” group of journalists. The parameters of the standard of living, and the parameters of participation in important decisions of the containment boundary of journalists in public life is clearly defined by the state. Is only some kind of journalist or journalistic team to go beyond these boundaries, as the following sanctions. Most often it is reflected in the appointment of pleasing management in media corporations, transforming its editorial policy or push unwanted journalists. Often created obstacles to the creation of new media, if they have a socio-political agenda. A real attack from the state is attempted to an Internet address and Internet media. Absolutely odious should recognize the existence of the lists prohibiting the media to cooperate with certain journalists.

Restrictions of freedoms have to admit the last link in the chain of reasons for the growing discontent. We have, on the one hand, people with crucial information for decision-making, knowledgeable people who have contacts with the powerful, on the other — is limited in the dissemination of information, often working “on the table”. Moreover, by virtue of education and profession, many of them highly sensitive to any injustice, to inequality of opportunities for incompetent intervention.

So that the reaction of the journalistic community on the case of Ivan Golunova, from my point of view, generated not only the event itself but also reflects a General dissatisfaction with the position of the press corps in the composition of elites (not coincidentally, the people who came to the courthouse, mostly chanted one word — “freedom!”). He had only to touch the interests and values of journalists as they begin to realize what place they de facto occupy in the reproduction of the ruling groups, what kind of damage they can cause failure or on the contrary the mobilization of their knowledge and skills in the obstruction of the administration of the powers of these people.

Event 11 — 12 June showed that there were links in the public sphere, against which the powerless weapons and armed men. Family the powers that be in need of treatment, in training, in all sorts of services and so the Delay in the transformation of social relations can lead to “journalistic revolution”, “revolution doctors”, “revolution teachers”, “the revolution of cooks and waiters,” etc., which can just stop working. Will not find it!