Home / WORLD / Will mask-wearing and social distancing rules be like paying taxes, a burden reserved for the ‘little people’?

Will mask-wearing and social distancing rules be like paying taxes, a burden reserved for the ‘little people’? 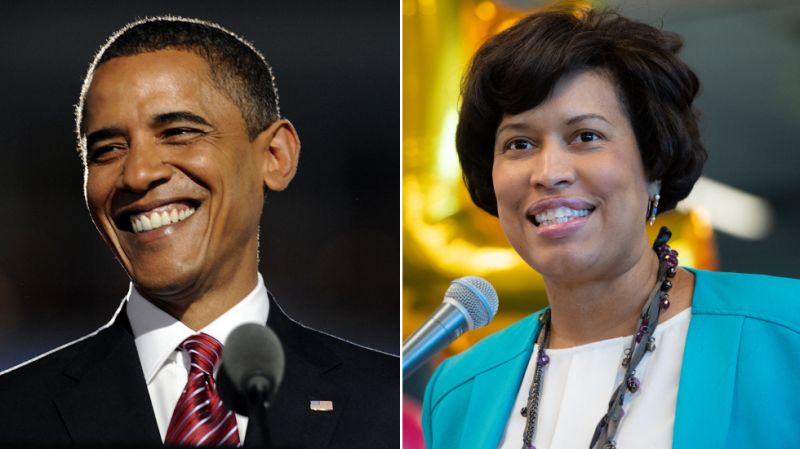 Here’s a question one should never be expected to contemplate during the peak of pandemic: Should a former (two-term) US president be expected to cancel his birthday plans that include a long guest list of celebrities and servants?

As Democratic leaders are reintroducing mask mandates across the country, while contemplating the possibility of more lockdowns, former US president Barack Obama announced he would play host to hundreds of A-list guests at his $12 million Martha Vineyard’s estate on the occasion of his 60th birthday.

When confronted over this brazen breach of disease decorum, White House spokesperson Jan Psaki assured meddling reporters that the event would be held outdoors on the estate’s 29 rolling acres, which should be more than enough space to guarantee that social distancing rules among the superstars will be safely – ahem – enforced. Or then again, maybe not, despite his announcement (following a backlash) that the event had been ‘scaled back’ to a smaller family-only affair.

The fact is, we the deplorable 99 percent of steaming humanity will never know what will happen behind the scenes at Obama’s star-studded party. Nevertheless, it is hard to imagine America’s peculiar brand of royalty, comprising superstars like Oprah Winfrey, George Clooney and Steven Spielberg, being forced to adjust their surgical masks in between sips of Dom Perignon and nibbles of shrimp scampi.

Moreover, we the captive audience have been carefully conditioned to understand that these draconian Covid-19 measures were never designed with the elite in mind.

That much became apparent at yet another birthday party for yet another Democratic politician (apparently Covid-19 is a politically attuned contagion that graciously disappears for Liberal celebrations). On Friday, Washington, DC Mayor Muriel Bowser was seen attending a birthday party for her favorite person, herself. And once again not a single grungy mask, the fashion statement of these sick times, was anywhere to be seen.

On top of that, the prying public couldn’t help but notice the curious timing that Washington, DC’s mask mandate was scheduled to go into effect. Bowser announced on Thursday of last week that she would reinstate a citywide mask mandate starting on Saturday at 5am. I suppose the virus had other plans for Friday. In any case, it did not go unnoticed that Friday just happened to be the day of Bowser’s birthday bash, where the comedian Dave Chappelle was in attendance.

Speaking of Chappelle, while DC’s royalty got to mingle with the comedian without the nuisance of a face diaper, the paying public was not so fortunate. After appearing at the mayor’s birthday party sans mask, Chappelle put on a performance for the proles at the Anthem, a local entertainment venue. Here is where the hypocrisy and elitism cut deep: Bowser, a servant of the people, was photographed mingling with the famous comedian and friends without any masks to be seen; meanwhile, the taxpaying citizenry who paid good money to watch Chappelle perform later that evening were forced to mask up. Is anyone else noticing a trend here?

Unfortunately, the story involving the DC mayor does not end there. On Saturday, the very same day the DC mask mandate kicked in, Bowser was photographed at a wedding indoors without a mask, seated at a table with other maskless attendees. Tiana Lowe, a reporter with the Washington Examiner who broke the story, said claims that Bowser had only removed her mask to eat and drink were “not true.”

Bowser and Barack are just two of the latest examples of liberals violating their own mask and social distancing regulations. Without delving into too much detail, suffice it to recall back in November when California Governor Gavin Newsom and his wife were seen at a birthday party at the famed French Laundry restaurant in Napa Valley.

On another occasion, Michigan Governor Gretchen Whitmer was photographed in May dancing and drinking with a large group of unmasked people at a Detroit bar-restaurant.

“Yesterday, I went with friends to a local restaurant. As more people arrived, the tables were pushed together. Because we were all vaccinated, we didn’t stop to think about it,” Whitmer explained. But how could she have known that all of the new arrivals had been vaccinated? In any case, Michigan restaurants and bars are still subject to strict capacity limits and social distancing requirements, which the Democratic leader apparently thought did not apply to her.

And who could forget House Speaker Nancy Pelosi’s visit to a San Francisco hair salon to get a wash and blow-dry. It sounds innocuous enough until it is remembered that an untold number of hairstylists had their lives destroyed after their salons were ordered shut down by the state of California in order to help stop the spread of Covid-19.

Erica Kious, who owns the salon, said that one of her hairstylists opened up the business especially for Pelosi. “It was a slap in the face that she went in, you know, that she feels that she can just go and get her stuff done while no one else can go in, and I can’t work,” Kious told Fox News.

Incredibly, the House speaker, betraying her sense of entitlement and privilege, complained that “I think that this salon owes me an apology, for setting me up.” Yet it was Pelosi who contacted the salon to arrange for the appointment in the first place.

Increasingly, it would appear that we are heading for a future where our leaders abide by the elitist mantra that commands, “rules for thee but not for me.” By continuing to be seen breaking their own mask and social distancing rules, the political elite are sending the not-so-subtle message that not only are they above the law but that their draconian measures are ineffective at stopping the virus.

These mixed signals come at a time when even those individuals who have been vaccinated are being told to wear a mask and abide by social distancing requirements. In other words, we are light-years away from the initial promise of “15 days to flatten the curve.” Currently, we are about 15 months into flattening democracy as our elected ‘servants of the people’ continue to flaunt their special privileges in the face of a pandemic.

Either we demand that our democratic leaders practice what they preach, or we conclude that their endless rules and regulations represent nothing more or less than an egregious abuse of power and virtue signaling gone mad.