Home / WORLD / Will January 6 be the date the second US Civil War begins?

Will January 6 be the date the second US Civil War begins? 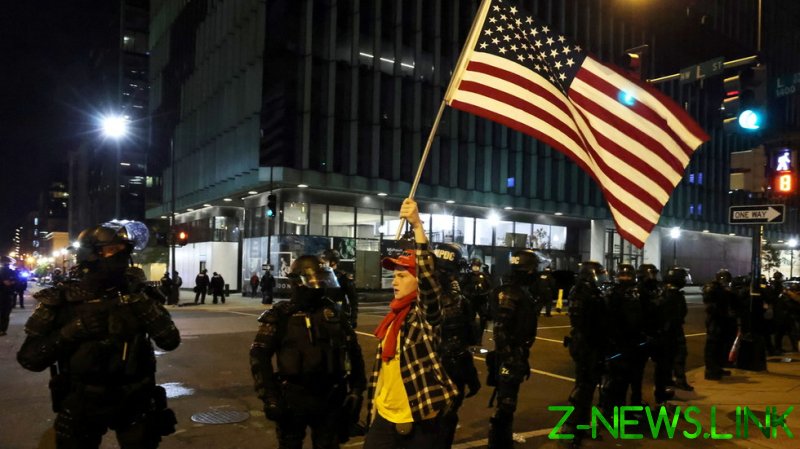 In the 1989 black comedy ‘War of the Roses’, Oliver and Barbara Rose, a young affluent couple, played by Michael Douglas and Kathleen Turner, seem to have all the worldly possessions necessary for a successful marriage. Over time, however, they come to loathe each other, and their only shared passion is the palatial family home, which neither is willing to relinquish. Amid their efforts to kill each other in the bitterest divorce of all time, Oliver draws up plans to physically cut the mansion in half, which, of course, does nothing to resolve the issue.

‘War of the Roses’ provides a nice analogy to the ‘complicated’ relationship that now exists between the Democrats and the Republicans. In the past, the proponents of conservatism and liberalism were always able – and more importantly, willing – to find a way to salvage their strained relationship. Today, however, the honeymoon is over and the kids have moved out. The two sides barely speak to each other, and now, amid a fierce battle for the White House, the only solution seems to be two separate homelands for two strikingly different ‘people’.

For estranged couples such a mutual parting of ways and possessions is possible; for sovereign states, however, such a decision essentially amounts to civil war. The real tragedy is that such a potentially explosive scenario was avoidable.

At a time in US history when the political stage looks timed to blow, it was incumbent upon the US media to provide the most impartial account of the presidential contest between Trump and Biden as humanly possible.

But, apparently, that was asking too much of the Fourth Estate, which leans so hard left it threatens to tip over the entire republic. Indeed, if the tumultuous presidency of Donald Trump has proven anything, it is how effective the media can be at destroying any individual – even the POTUS – whose political worldview is diametrically opposed to that of the establishment.

From Russiagate through impeachment to the fight against coronavirus, the media industrial complex has glaringly failed to be an impartial observer. Instead, it has behaved as an actual player – another radical activist group, albeit the most powerful of them all – in the grand effort to topple Trump. Such intrigue, however, could very well backfire and lead the country to eventual ruin. And that is no hyperbole.

Currently, hundreds of thousands of Americans from every walk of life are descending on Washington, DC for what may go down in the history books as one of those pivotal, watershed moments that changed the course of the country forever. Amid numerous accusations of fraud and ‘irregularities’ in the November presidential election, an increasing number of Republicans, including Ted Cruz (Texas), Josh Hawley (Missouri) and Marsha Blackburn (Tennessee) have said they will not, in the absence of an emergency investigation, certify the Electoral College votes in favor of the Democrat Joe Biden.

And how has the media responded to this disturbing news? Like any committed Democratic booster would, with histrionics and bombast, arguing that any effort to investigate the legitimacy of the election is “undermining democracy.” That is certainly rich coming from the same motley crew that, for four years, propagated the conspiracy theory that Trump colluded with the Kremlin to win the presidency. At least the claims being put forward by the Republicans have some basis in reality.

Without detailing all of them, in five of the six battleground swing states (Pennsylvania, Georgia, Wisconsin, Missouri, and Arizona), late changes to voting rules were made not by the state legislators, as mandated by the US Constitution, but rather by the courts and executive branch. At the same time, dozens of poll observers have provided sworn testimony on many of the voting irregularities they have witnessed. Instead of the media presenting these valid concerns to their viewers for a rational discussion, they portray any effort to investigate the accusations as somehow treasonous.

Moreover, by dismissing the Republican claims of election tampering as “baseless,” the media is helping to light the fuse on a national conflagration should Donald Trump actually win re-election. To casually dismiss such a possibility, which is still very much on the cards, will only make the reaction from the Democratic camp all the harder to contain. American cities from coast to coast will predictably come under siege. The threat that comes from enraging the right is no less worrisome.

Perhaps if the mainstream media were casually brushing aside the concerns from some fringe political movement, their unconcealed mockery and scorn would be more understandable. But that is not the case. We are talking about tens of millions of American voters who feel cheated by the political process and ignored by the media industrial complex. And judging by predictions for Wednesday’s event, which could see over one million angry Trump supporters gathering in the capital, these people are no longer content to remain confined to the Twitter reservation.

The reason it is so critical for the media to keep its audience adequately informed goes beyond mere respect for journalistic standards. The media serves as a pressure-release valve, so to speak, in that it provides people with the satisfaction of knowing their concerns are being addressed. Currently, however, not only is approximately a half of the US population being denied balanced news coverage on the most consequential election in recent memory, they are essentially being told they are conspiracy theorists and even ‘anti-American.’ In other words, for four long years, the US media sold Americans the lie of ‘Russian meddling,’ but now that evidence of real tampering has emerged, the idea of a rigged election is refuted as absurd.

In short, it would be difficult to imagine a more dangerous situation than that now confronting America. While media personalities certainly have the right to hate Donald Trump, their main duty is to that of the American people and the US electoral process. Once Americans lose faith in the voting process, as they already have with the media process, it is game over for the United States. It will be considered no better than the banana republics it chastises on a regular basis.