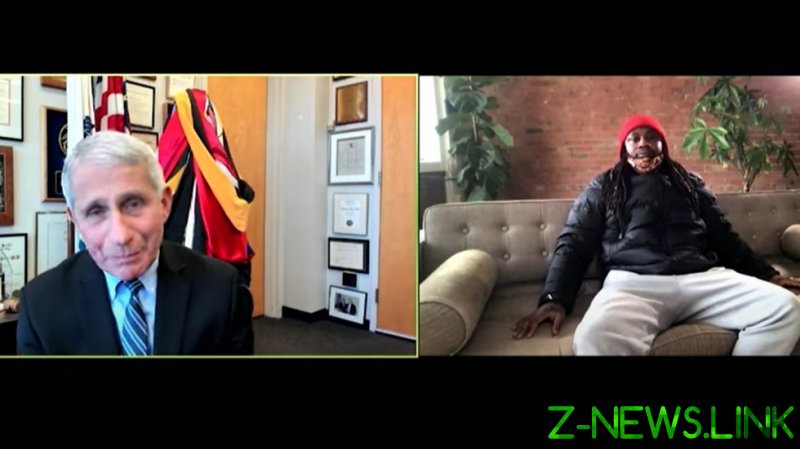 Lynch garnered a reputation as being one of the NFL’s grittiest competitors in a 12-year career on the gridiron which saw him claim a solitary Super Bowl ring as well as five Pro Bowl appearances, but even the man known as ‘Beast Mode’ admits that he has some reservations about the efficacy of the Covid-19 vaccines.

Many figures within the African-American and Hispanic communities have expressed serious reservations about the shot given decades-old claims that the federal government often hasn’t had the best interest of minorities at heart.

But in a bid to learn more, Lynch invited infectious disease expert – and much-discussed figure in American life – Dr. Anthony Fauci onto his podcast where Lynch laid bare his concerns about the vaccine rollout – asking if the vaccine will leave him more “f*cked up” than if he didn’t take it.

“We don’t seem to be on the well-received end of those situations,” said Lynch, who admitted that he has not yet received a dose of the vaccine.

“I mean, I believe there is an education-type situation, and not so much the vaccination, but any time we have been told we are going to be in a situation to have something gave to us or put in our communities to help us, it seemed to turn out very bad for us.”

Fauci called Lynch’s concerns “a really good point” but moved to say that three of the most prominent vaccines currently being administered across the globe had been tested on more than 30,000 people – including African-Americans and Hispanics.

“I totally respect the reluctance that African Americans have about things like this because you’re absolutely right the history of how the federal government, going back decades, particularly in the area of medical issues, how they’ve treated African Americans has not been something to be proud of,” Fauci explained.

“When we get over this outbreak, I hope we don’t forget all the things you are talking about. What we’ve got to remember is let’s get through this coronavirus pandemic now. Let’s get African Americans and Hispanics vaccinated.

“But when it’s over, let’s try and make a commitment that would likely last for decades and decades to try and turn around those conditions that got African Americans behind the eight ball in the first place. That’s what we’ve got to do.”

Lynch also explained that his stance isn’t to compel people to either side of the debate, but rather to furnish people with the information they might need to make an informed decision for themselves.

Some health concerns have been noted in the early rollout of the shots, with both the AstraZeneca and Johnson & Johnson vaccines being ‘paused’ in certain markets amid fears that it could lead to a higher rate of potentially fatal blood clots among recipients.

However, medical professionals have warned that an extended hiatus of vaccine administration could cost lives – and that the potential negative effects of a vaccine are far outweighed by the dangers of contracting Covid-19.