Home / WORLD / Will Congressional quest for answers on Brazil’s Operation Lava Jato reveal it to be yet another CIA coup in the Americas?

Will Congressional quest for answers on Brazil’s Operation Lava Jato reveal it to be yet another CIA coup in the Americas? 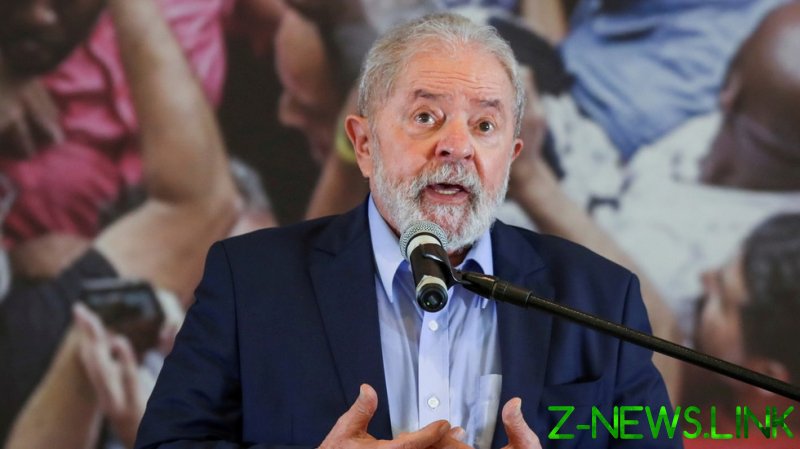 On June 7, a coalition of Democratic lawmakers wrote to US Attorney General Merrick Garland requesting answers about the role of the Department of Justice (DoJ) in Operation Car Wash (Lava Jato in Portuguese), the grand Brazilian anti-corruption investigation launched in 2014 that ignominiously collapsed in February this year.

Noting it to be a “matter of public record” that DoJ representatives supported Brazilian prosecutors involved in the operation, they stated that an agreement was “evidently” reached between Brazilian and US authorities providing for a “substantial share” of the fines rendered from prosecuting Brazilian companies under the US Foreign Corrupt Practices Act to be given to the very prosecutors and judges involved in Lava Jato, and to fund the creation of a “private foundation in Brazil totally administered and controlled by the same Brazilian prosecutors.”

The lawmakers concluded, “We are particularly concerned that the income produced from the enforcement of important US legislation dedicated to fighting corruption, could have ended up going to ends not entirely consistent with democracy, rule of law, equal justice under the law, and due process – not to mention Brazilian legal and constitutional requirements.”

That Washington was involved in Lava Jato, which saw more than 1,000 warrants issued, 429 people indicted and 159 convicted, and numerous high-profile business leaders and politicians – most notoriously Luiz Inacio Lula da Silva, president between 2003 and 2010 – jailed, had been clear since 2016, when US federal courts levied record fines against state energy company Petrobras.

However, this suspect element of the probe was completely ignored by Western news outlets, as were clear indications from its inception that prosecutions were being pursued on dubious, if not non-existent, grounds.

For instance, Lula’s July 2017 conviction for money laundering and corruption charges was based entirely on the coerced testimony of a sole individual – and in his sentencing, presiding judge Sergio Moro failed to define a specific crime of which the former president was guilty, basing the verdict purely on his own “conviction” that Lula had done “something.”

As a result, Lula was precluded from running for the presidency in 2018, paving the way for the election of Jair Bolsonaro, who subsequently appointed Moro as minister of justice and public security. It was a move enthusiastically received both within and without Brazil, for his crusading efforts had made him something of a media sensation – in 2016, he was named one of Time Magazine’s “100 most influential people,” despite local news outlets that same year having exposed his illegal wiretapping of Lula’s defense team.

It was not until June 2019 that the judge’s mainstream fortunes finally took a turn for the worse, when journalist Glenn Greenwald began publishing a series of articles based on leaked Telegram conversations between individuals involved in Lava Jato.

The communications showed that Moro had provided insider information to prosecutors, helped direct their legal actions, briefed them on their media strategy, and requested that operations be launched against relatives of witnesses, to ensure convictions were secured. In November that year, Lula was finally released from prison after 580 days.

More recent leaks have revealed that the Lava Jato team conducted scores of secret, illegal meetings with FBI operatives throughout the seven-year probe. However, Moro’s ties to US state agencies have been a matter of public record since 2010, when WikiLeaks published a State Department telegram related to a week-long US Embassy-sponsored course laid on for judges, police, and prosecutors in Rio de Janeiro.

The document notes that many attendees expressed an interest in receiving further training from the DoJ on prosecuting money laundering cases, and were keen to collaborate with Washington in this field, contrary to Brasilia’s official position, under the auspices of the “fight against terrorism.”

Moro wasn’t a passive presence at the event, leading a talk on the “15 most common issues” he encountered in Brazilian money laundering cases. The telegram goes on to outline a dedicated program, “Projeto Pontes” (Bridges Project), to “bring together US and Brazilian law enforcement in different venues” and “build on our relationships and exchange best practices.”

The following month, Brasil Wire records that he and prosecutor Karine Moreno-Taxman – who was then based in the US Embassy in Brazil, and helped select participants for the week-long training course – were both present at the Brazilian Federal Police Agents Association’s fourth congress in the north-eastern city of Fortaleza. Moro was lead speaker in a panel discussion on corruption and organized crime arguing for changes in the law and more judicial autonomy in investigating crimes against public administration.

Moreno-Taxman then led a panel of her own, which viewed from a present-day perspective gives every appearance of setting out a clear blueprint for the subsequent Operation Lava Jato. For one, she proposed that Brazilian authorities maintain an informal system of collaboration with their US counterparts, circumventing formal cooperation structures as set out in international treaties.

Another key suggestion was manipulating public opinion in prosecutions of high-profile figures to engender loathing of those under investigation. “Society needs to feel that that person really abused the job and demand that he be convicted,” Moreno-Taxman is reported to have said, a message she’d been propounding across Brazil at a variety of US-sponsored events for two years by that point. It seems likely these lobbying efforts formed part of “Projeto Pontes.”

When Lava Jato collapsed earlier this year, further leaked Telegram conversations exposed how prosecutors cheered Moro’s decision to incarcerate Lula on April 5, 2018, as it prevented a Supreme Court vote that would have allowed defendants to be spared jail pending appeal. The operation’s chief, Deltan Dallagnol, dubbed the news “a gift” from the US Central Intelligence Agency (CIA). Had that motion been successful, Lula would have been free to run for president that year – and victory seemed assured, for he was polling 20 points ahead of Bolsonaro.

Today, polling for the 2022 general election places him in much the same position – perhaps unsurprisingly, given that during his initial seven-year spell in office, Brazil’s economy became the world’s eighth-largest, more than 20 million were raised out of acute poverty, and annual economic growth reached up to seven percent. As Lava Jato is estimated to have damaged foreign investment to the tune of $33 billion and wiped out 4.4 million jobs, a great many Brazilians will be hoping Lula makes a triumphant return to the Palacio da Alvorada.

Seemingly undeterred by the operation’s unceremonious unravelling, at a June 3 White House press conference a nameless “senior administration official” revealed that “components of the intelligence community,” includingthe director of national intelligence and CIA, would be fundamental in “establishing the fight against corruption as a core US national security interest.”

“We’re just going to be looking at all of the tools in our disposal to make sure that we identify corruption where it’s happening and take appropriate policy responses,” the official said.

It’s unclear whether an “appropriate policy response” will entail the covert selection and grooming of a fresh anti-corruption taskforce in another foreign country, although legal apparatchiks overseas would do well to think twice before accepting clandestine offers of fame and fortune in return for fitting up troublesome political figures for crimes they didn’t commit. The once-celebrated Moro is now utterly disgraced, and under investigation for seven separate counts of felony judicial bias. Still, the mainstream media seems oblivious, and that’s the main thing.