Home / WORLD / Will a new wave of software & social media giants help China own the internet?

Will a new wave of software & social media giants help China own the internet? 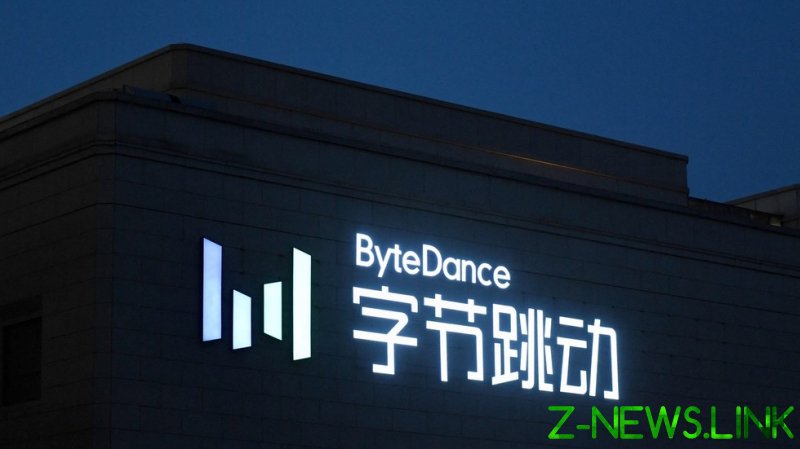 Over the past 20 years, we have undergone a digital revolution that has changed our lives beyond all comprehension. Our world is connected and informed in a way that was previously unprecedented, thanks to a number of pioneering companies from the United States.

But now things are starting to change. While American companies have driven this revolution, it should not go unnoticed that over the past two years, ByteDance has become the first company from China to become a major global social media presence thanks to TikTok.

It’s been a bumpy ride, facing challenges from Donald Trump in the US and even a ban in India, yet that has not stopped the app from cementing itself as the pinnacle of a new generation of social media culture and establishing itself as the most downloaded non-gaming app in the world. During the first half of this year, it brought in revenue of $920 million. But ByteDance isn’t finished yet. It has recently produced another video editing app, CapCut, which has attracted 140 million downloads. Think this is a flash in the pan? China’s Didi taxi app has just enjoyed a hugely successful debut on the New York Stock Exchange.

Why does all this matter? And how does it figure into the global competition between the US and China? Put simply, China’s rise is threatening to realign the recognised ‘internet world order’, and is producing more and more global giants – which is moving the centre of gravity away from the US and a clique of companies all based around Silicon Valley in California. While Amazon, Google, Facebook, and Twitter are firmly established in most people’s lives, China is now joining the game.

ByteDance may be the standout star globally, but it’s not alone. China has many software giants, including Tencent, Alibaba, Ant, and Baidu, amongst others. They are concentrated around two locations: Beijing’s own alternative to Silicon Valley, Zhongguancun, and the city of Hangzhou in the Yangtze Delta region, near Shanghai.

Arguably, the size and scope of China’s companies are already bigger, even if they do not have as much global clout and are tailored to the domestic market. But this isn’t all merely a show of soft power – the digital competition matters, because Joe Biden has made it clear he wants America to come out on top in what has become an escalating technology war between the US and China.

While there are companies that have a tangible strategic significance, such as Huawei, the development of social media and software matters too, because behind them lies the fight for superiority in artificial intelligence, long cherished by Washington, as well as dominance in establishing a digital economy.

In some ways, China is already excelling in this, as the scope of its e-commerce, cashless payment systems and QR code culture domestically far outstrips the US. This isn’t about posting selfies or the convenience to connect with friends; it’s about the capabilities social media provides in building an advanced nation, too.

It’s no surprise, then, that Chinese apps have prompted such great anxiety in the US, which is nervous over its status being diminished. The rapid rise of ByteDance created hysteria in Washington, with the Trump administration’s attempted ban on TikTok last year based on evidence-free claims that it was passing data on to the Communist Party.

Of course, the irony in this is that US social media giants have themselves been implicated in data misuse. Trump’s strategy sought to coerce the company to sell TikTok to a US owner, effectively attempting to rob China of a globally acclaimed social media app. Secretary of State Mike Pompeo later proposed a vision called ‘Clean Network’ which sought to ban Chinese applications altogether.

These efforts all failed after a series of legal challenges derailed Trump’s proposed ban, which also targeted messaging app WeChat, and the administration did not follow up, given it was partially motivated by electoral gain. Biden recently ditched the attempts to ban the apps, but that does not mean the competition is effectively over.

If Silicon Valley loses global clout, the US loses its power projection, even if it is all indirect. As the geopolitical competition has intensified, the US has slowly started to follow China’s model of ‘internet sovereignty’ and exerted more political control over its social media giants.

Trump’s own election was a turning point, with Twitter and Facebook coming under fire for failing to police the rise of contrary narratives. This has resulted in them de-facto aligning with US foreign policy goals, flagging ‘Russia and China affiliated state media’ as well as banning those who “undermined faith in the NATO alliance” or acknowledging anti-China causes such as ‘the Milk Tea Alliance’.

And so, if China can radically change the global internet landscape, the US by default loses soft power. ByteDance, for one, aims to be apolitical and has restricted anti-China narratives on its platforms by default, leading it to be accused of censorship. But there are more changes to look out for, too. Vowing to fight back against the US, Huawei has launched its own operating system HarmonyOS, while a popular Chinese owned social network app called Yalla – Arabic for ‘Let’s Go!’ – is growing rapidly throughout the Middle East.

This leaves us to ask: who will rule the internet? In some ways, China’s censorship makes it difficult for it to compete in certain areas (For example, the heavily censored Baidu is the most pointless search engine ever created). But these constraints do not seem to be preventing Chinese people from showing their formidable talent in competing with the finest brains at Silicon Valley. The battle is on.