Home / WORLD / ‘Wilder got robbed of a KO’: Boxing fans accuse referee of ‘crazy slow’ count after Fury was dropped

‘Wilder got robbed of a KO’: Boxing fans accuse referee of ‘crazy slow’ count after Fury was dropped 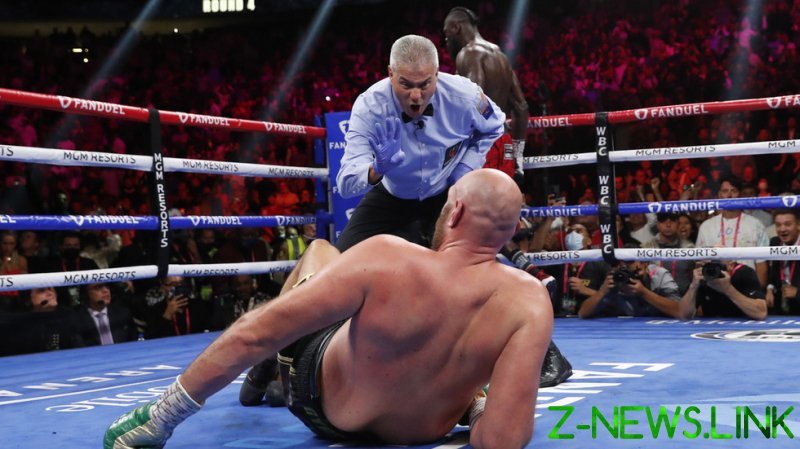 Fury ultimately had his hand raised after finishing his American rival with a short right hook against the ropes to bring the curtain down on what was a classic heavyweight title fight on Saturday night.

His win wasn’t without some hiccups, though, as Fury was forced to survive a torrid fourth round during which Wilder sent him to the canvas twice – but some fight fans have suggested that the fight shouldn’t have seen a fifth round after veteran referee Russell Mora appeared to give Fury an unusually slow count as he recovered. 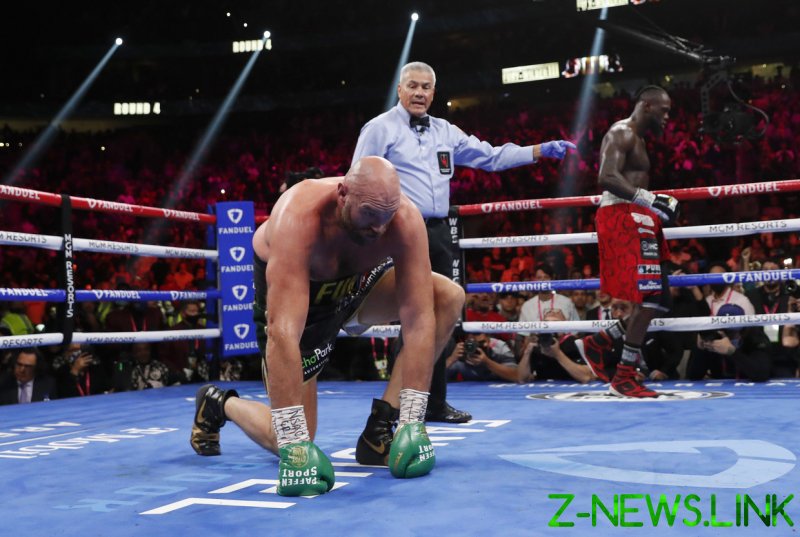 Fury was knocked down twice in round 4 against Wilder. © Reuters

The incident was immediately noted by former world champion Andre Ward on the broadcast.

“That was an extremely slow count on both of those knockdowns,” he said. “I don’t know what that was about from Mora.”

Analysis of the footage appears to show that Fury was first knocked down with 53 seconds remaining in the round with the referee concluding the eight count with 41 seconds to go – a gap of 12 seconds.

He was again knocked down with 16 seconds left in the round, with Mora appearing to reach his eight count some 15 seconds later with a single second remaining in the round.

At one point during the count Mora stopped to tell Wilder to return to his corner before resuming.

The sluggish nature of the count was also noted by former UFC champion Daniel Cormier who tweeted in agreement with Ward that the referee was being unduly lenient towards Fury.

“I agree with Andre Ward, the count was crazy slow!” said Cormier. “He isn’t supposed to stop counting to tell Deontay to go to his corner.”

However, according to the ruleset in place by the WBA the referee was within his rights to delay the count to inform Wilder to move to a neutral corner after he had initially walked to his own corner following the second knockdown.

For his part, Fury maintained in the aftermath that those shots in the fourth round weren’t close to ending the fight.

“I wasn’t hurt. You get hit, you wake up on the floor,” Fury said. “I got up and was very conscious the whole time. I was one punch away from knocking him out in the whole fight.“

Others, though, can’t but help feel for Wilder after the drama in the fourth.

“Let’s not forget the slow count, twice. Deontay Wilder knocked Tyson Fury out twice. But being forced to win not once, not twice but three times is the plight of black people,” said one commenter online.

“Both of these guys were willing to die. Tyson Fury and Deontay Wilder left everything in the ring. I will tell you Wilder got robbed of a KO with that slow ass count x2.”

A third pointed out that Fury would likely have responded to a quicker count in the same fashion, and was never in danger of being counted out.

“Tell me that Wilder was robbed,” they wrote. “These yanks seem to have an instilled issue with accepting defeat,  allegedly a slow count despite that Fury was clearly just beating the count and not actually out. My word.“