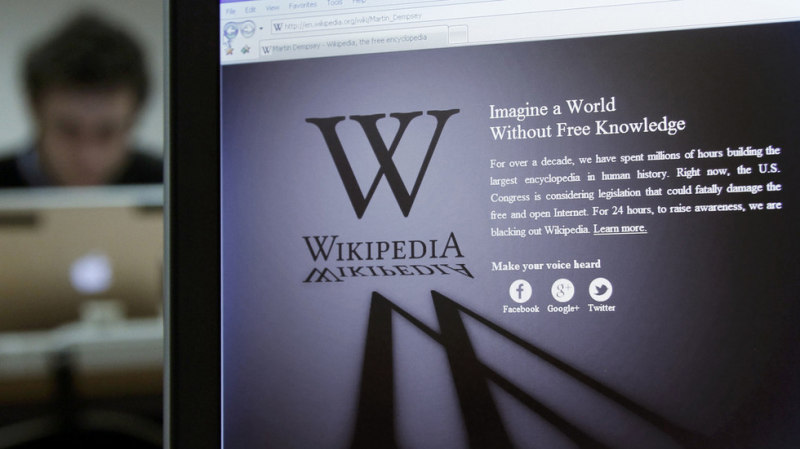 The apparent hack job was spotted by social media users on Monday, with conservative author Ann Coulter posting a screenshot of the Nazi symbol to Twitter and speculating that Wikipedia had been “hacked.”

Celebrities and historical figures too apparently had their pages hacked, with pages for Madonna, Jennifer Lopez, and Joseph Stalin all displaying the infamous Nazi symbol. Some social media users claimed that nearly every single page on the website was temporarily stricken.

The pages were almost all reverted to normal within minutes, and it remains unclear who was behind the apparent cyberattack and whether they had targeted specific pages for vandalism. The Wikimedia Foundation, which runs Wikipedia, has not yet commented on the incident.

As an open-source encyclopedia that can be edited by users, Wikipedia is often defaced by trolls and pranksters. A group calling itself the ‘Gay N****r Association of America’ added pornographic images to Bill and Hillary Clinton’s Wikipedia pages in the runup to the 2016 US presidential election, while left-wing trolls edited the pages of a number of US Republican lawmakers to show their home addresses and contact information during the contentious confirmation hearing of Supreme Court Associate Justice Brett Kavanaugh in 2018.

A serious cyberattack took Wikipedia offline altogether across Europe and the Middle East in 2019, with the website pinning the blame on “bad-faith actors.”