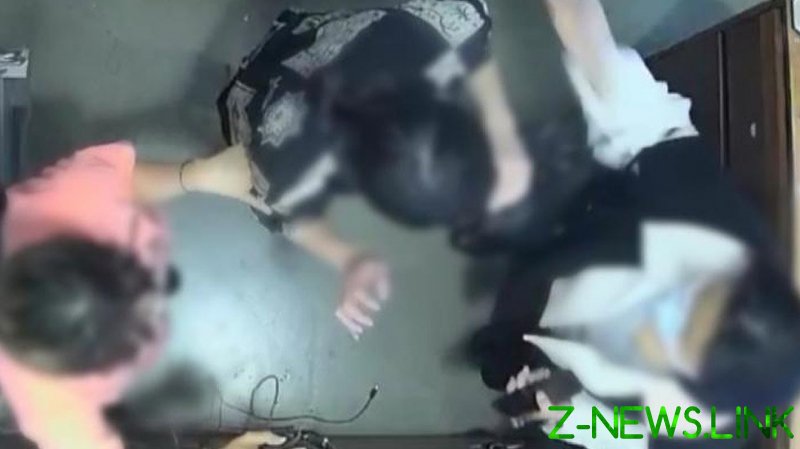 Xiang Xueqiu, the spouse of Ambassador Peter Lescouhier, made headlines last month after assaulting an employee at a clothing shop. The altercation reportedly occurred after the worker followed Xiang as she left the store to ensure that she hadn’t stolen the jacket that she was wearing. After realizing that the clothing item had not been shoplifted, the employee reportedly apologized and came back inside the shop. However, the brief interrogation seems to have enraged Xiang, who stormed back into the shop and confronted two clerks, slapping one of them.

CCTV footage of the incident was published by media outlets, sparking outrage among South Koreans who saw the case as an example of the abusive treatment that many employees in the service industry face on a regular basis.

Following the altercation, Lescouhier’s apologized on behalf of his wife, stating that he “sincerely regrets the incident” and, “no matter the circumstances, the way she reacted is unacceptable.”

In a video message posted to social media last week, the Belgian envoy also said that his wife was “cooperating actively with the police.”

But it now appears that Xiang will not face charges over the assault. Seoul Metropolitan Police confirmed that Xiang had invoked her diplomatic immunity, derailing any potential prosecution. Granted under the Vienna Convention, the special privilege allows diplomats and their family members to avoid arrest and indictment in a host country.

The use of diplomatic immunity to avoid prosecution for not-so-diplomatic misconduct is nothing new. In a tragic case from 2019, a woman who reportedly worked for a US intelligence agency, Anne Sacoolas, claimed diplomatic immunity and fled the UK after killing teenager Harry Dunn in a fatal car accident outside US military base RAF Croughton in Northamptonshire.