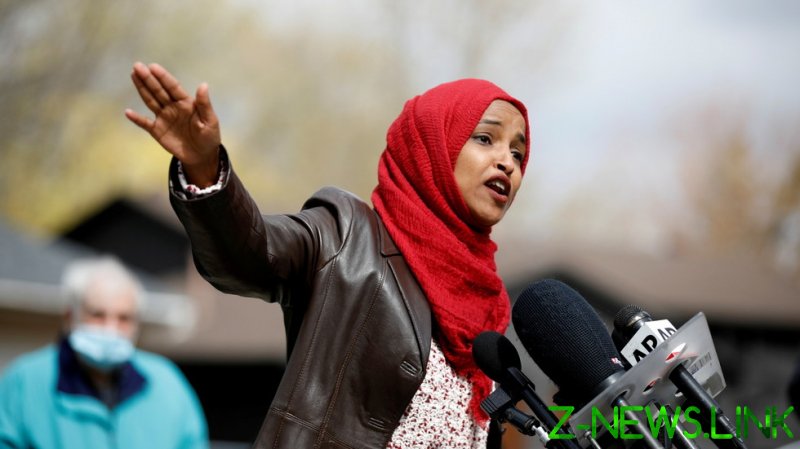 Appearing on CNN’s The Lead with Jake Tapper, Omar was confronted about a series of comments her critics have pointed to recently to accuse her of anti-Semitism, as well as to call for her removal from the House Foreign Affairs Committee.

Tapper cited multiple tweets by Omar, one from 2019 in which she said the relationship between the US and Israel is “all about the Benjamins,” and one from 2012 claiming Israel has “hypnotized” the world. She was also at the center of controversy recently after she was accused of comparing the US to Hamas when speaking about “unthinkable atrocities” committed by both. Omar has denied saying she was directly making a comparison.

But Omar responded with a firm “I don’t” on Tuesday when asked if she regrets the comments, which have led to both Republican and Democrat lawmakers blasting the congresswoman.

“Do you understand why some of your fellow House Democrats, especially Jews, find that language anti-Semitic?” Tapper asked Omar.

“I’ve welcomed, you know, anytime my colleagues have asked to have a conversation, to learn from them, for them to learn from me,” she responded, adding that “these members” critical of her should realize “they haven’t been partners in justice.”

“It is important for me, as someone who knows what it feels like to experience injustice in ways that many of my colleagues don’t, to be a voice in finding accountability, asking for mechanisms for justice for those who are maligned, oppressed, and who have had injustice done to them,” she went on to say.

Omar’s comments have only further inflamed her critics, who continue to call for the Democrat’s removal from the Foreign Affairs Committee and brand Omar an anti-Semite.

“Why is Ilhan Omar still on the Foreign Affairs Committee? Why is she on any committee?” Senator Tom Cotton (R-Arkansas) tweeted.

“This is what a modern day Muslim Supremacist looks like,” author and cofounder of the Muslim Reform Movement Asra Q. Nomani added.