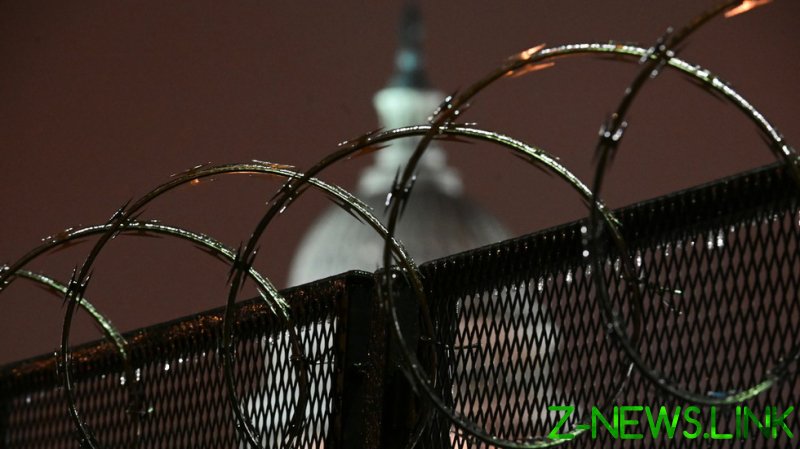 Even though then-chief of the Capitol Police Steve Sund requested the troops on January 4, he was denied by Sergeant-at-Arms Paul Irving and told it would be bad “optics,” according to an open letter four GOP ranking members of House committees sent to Pelosi on Monday.

Irving took an hour to approve Sund’s request for National Guard backup on January 6, as a crowd of supporters of President Donald Trump broke into the building, the Republicans noted, asking if the delay was due to him having to consult Pelosi.

The California Democrat proceeded to fire both Irving and Sund, and appointed a retired Army general to conduct a security review – without so much as informing the minority, the letter says.

When Republicans attempted to obtain more information about what happened, they were met with “obstruction and inability to produce and preserve information” by House staff appointed by Pelosi. Worse yet, some of the material the Republicans requested was recently provided only to House Judiciary Democrats, the letter added.

The letter calls on Pelosi to end the “political charade” of looking for enemies inside the Capitol and imposing rules she isn’t following herself. It was signed by Jim Jordan (R-Ohio) of the Judiciary, Devin Nunes (R-California) of Intelligence, James Comer (R-Kentucky) of Oversight & Reform and Rodney Davis (R-Illinois), of the House Administration committee.

Democrats have presented the events of January 6 as an “insurrection against our democracy” and blamed it on Trump and the Republicans. They impeached Trump in the House and sought to convict him in the Senate, but failed on Saturday as they lacked the votes.

Other aspects of the partisan narrative about the Capitol riot have collapsed as well, as it emerged that Capitol Police Officer Brian Sicknick was not injured by the crowd, and his cause of death remains officially unknown. Of the four people who died that day, only one – Air Force veteran Ashli Babbitt – was actually killed, by a Capitol Police officer who is unlikely to face any charges in the matter.

The razor wire fence around the Capitol set up after the attack remains in place, as do several thousand National Guard troops initially brought in to secure the inauguration of President Joe Biden and provide protection against unspecified threats during the impeachment.