Home / economy / Why the year again failed and who will be punished, because “everything’s ruined”

Why the year again failed and who will be punished, because “everything’s ruined” 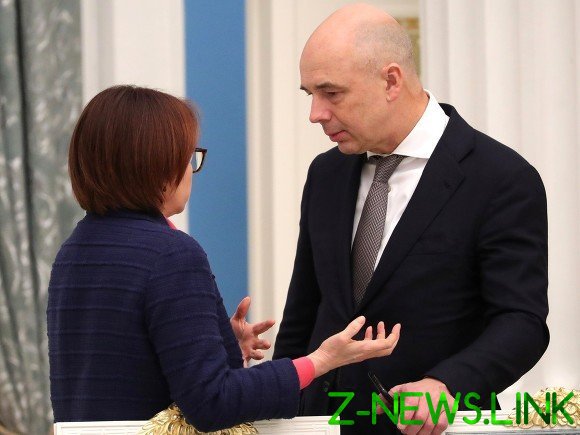 From the captains of the economy require a miracle. Hence throwing in their ranks.

It would seem, what’s new? Yes, 2019 will be a year of stagnation. So after the eleventh, long can be used. And in a stagnant space is not even the worst.

Rosstat has just reported that in January—September, GDP growth in annual terms has reached 1.1%. There are industries that are particularly encouraging. The primary sector grew by 3.2%. However, other component parts of GDP combined grew only 0.8%. But it’s better than a minus.

Experts say that the state statistics biased? How are they gonna prove it? Don’t agree — let them go to court.

However, the nervousness of the chiefs of our financial-economic bloc these days just strikes the eye.

First Deputy Prime Minister Anton Siluanov self-critically acknowledged that the shortfall of the plan for budget expenditures over 11 months amounted to a record one trillion rubles. What surplus, even according to plan is huge, reached by the beginning of December 3 trillion rubles (3.1% of GDP).

The chief captain of our economy promises to improve, to give away in December, departments and performers of national projects 4 trillion and thus reduce the surplus to 1.8 trillion (1.7% of GDP). Why bother to drag in the Treasury a surplus of funds to raise this year’s VAT saving for retirement — of course, he does not explain. But brand his reluctance to give money magnates Siluanov refused. Although hardly with a light heart.

And the Bank of Russia today reduced the key interest rate — to natsproekta business loans have become cheaper. The reluctance to rock the finances, which many times said Elvira Nabiullina, just a couple of days was replaced by a willingness to shake things up. Again, in favour of the magnates and their affiliated officials.

It seems that seasoned technocrats heavyweights scared of daring young colleagues — the Minister of economic development Maxim Oreshkin: “We see that our situation is weak consumer demand, weak aggregate demand in the economy… unfortunately, the first half of 2020, we have already lost, the weakness in consumer demand that will accompany us in the beginning of next year…”

That is part solemnly warns all stakeholders and, first and foremost, the leader, not only in the past, but in the following year, the hope for a rapid demand growth is fading away. And identifies the culprits from which to recover. Directly on the Bank, with his very successful fight against inflation, supposedly have frozen economic growth. And indirectly on the mean Siluanov, rated his patron, who found it awkward to push to the wall.

See how these two captains of the economy immediately became nervous, as quickly began to turn their steering wheels? Realized how strong the move was made a Junior fellow technocrat. First thought to proclaim that the year 2020 “lost” to bureaucratic and oligarchic growth in the demand for public and parapublic money, which (demand) is the main hope of the ideologists of the great leap natsproekta.

I recall a historical anecdote. Peter the Great built a new capital, told if to dig canals, instead of streets, that it was in Venice. I got distracted by other things, and when he began to explore the built, made sure that the performers have splitable — channels are narrow and shallow. “Everything is ruined!” — supposedly exclaimed the reformer, and lost interest in the endeavor. If not for this plate, from St. Petersburg without worries would be moved today on the nacelles.

Not to be on the site of the ancient rogues-performers, about otrublennyh the king’s hand, the mission of the man who first shouted: “Everything is ruined!”, the head of the MAYOR took over.

But, perhaps, underestimated the flexibility of senior colleagues. Saving chairs, they did start to do things you don’t want to adapt the Russian economy to national projects.

Than it is fraught?

Triumphant reports about the rise of the national economy. Imagine, say, digging canals, since we’re remembered about them. Of course, adjusted to the increased resources of the state. That is not in the same city and across the country, from North to South and from West to East.

See also:  In the Donbass because of the would-be mothers children ate from the same bowl with the dog

Performers will get the money, remove fat, and the remaining will hire employees, buy equipment and start digging. Many long and far. Public benefits of this will be zero, but the added value will be created, and GDP without guile — to grow. Come true what dreams superiors. If not “lost” 2020, then 2021 will be a year of reporting and statistical victories.

Rejoice the citizens about the opportunity to sail from Moscow to Chita on the gondola? Not a fact. Because they have to pay inflation and other taxes for useless for them supersites.

Something even predictable. Here is the latest “consumable-cost” the survey of Fund “Public opinion”. Many respondents (62% vs. 13%) believe that budget money is being spent properly. Two years ago the proportion was much more optimistic with 47% to 20%.

In response to a request for examples of mismanagement is often called theft, assistance to other countries, too much spending on officials and irrational spending on road construction, construction of bridges and sidewalks. But the main part of the national projects is just about it.

Answering the question of where you need to send more money, call health care, education and social needs. Yes, there are national projects that relate to these positions. But not the most expensive.

As to what to save, as you can guess, is most often requested to put under the knife “General expenses” (i.e., the same projects), and slightly less often — to cut spending on security and defense.

Maybe pravitelstvujushchy the captains technocrats and save their positions, turning the ship towards economic adventures. But the ship is still floating and ordinary citizens, who are pulling where they don’t want. What will happen when these people also say, “Everything’s ruined”?