Home / policy / Why the Putin government still find some “liberals”?

Why the Putin government still find some “liberals”? 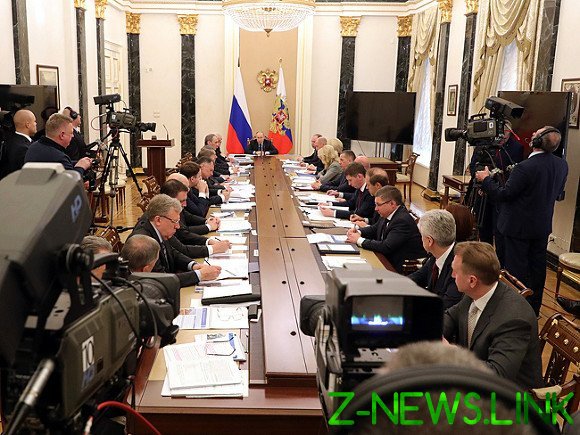 It is unclear why our government Putin still find some “liberals”? There all a bunch of “dirigiste” — fans manual (if not rougher “in unisex”) control. Plus Frank grabbers in the state monopoly.

From the USSR we have left is the “raw” model laid down by Stalin — all the resources rushed to the quantitative increase of coal, steel, oil, nonferrous metals savings in the production of consumer goods.

That was built under socialism, and have uncompetitive economy “of syrogo appendage” to a hypertrophied military-industrial complex and the undeveloped economy of consumer goods, producing uncompetitive products.

Instead of liberalization and facilitate the development of medium enterprises for 20 years Putin has created “national Champions” (national or parasites, if judged by relations of Sechin Rosneftegaz with the government).

We got the maximum on all levels monopolized economy where entrepreneurs compete, and administrative resources. Plus a lot of micro – and Milli- “natural” monopolies under control “businessmen” affiliated with or controlled by officials and bandits, the”siloviki”.

We have a private firm labour productivity 10 times higher than average in the industry. State-owned enterprises (where I summer 2 years ago, spent nearly 3 months in the form of a visiting expert), the mess such a level that our carelessness (clock in from 8:00 to 14:00 departure 16:00 to 24:00) seems to be the German “Ordnung”.

Since our work is done, and there is a bureaucracy with each other dimensions are the “reproductive organs” is measured. And purposeful activity begins only from the pink magic of Your humble servant, who can call any chief from samandira.

If that is done in the country is outstanding, it is only by “market forces”: for example, the three cellular companies “the big three”, each of which built on digital data transmission network with a length more than what it was in the USSR (excluding orders grew up bandwidth).