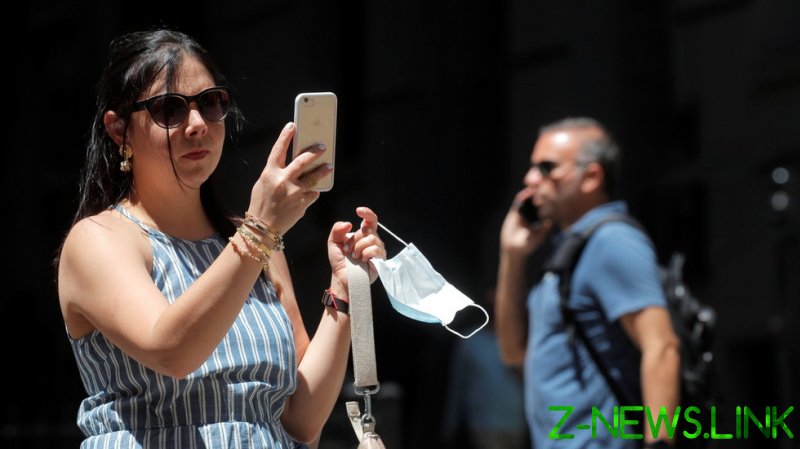 It would be fascinating in the near future for sociologists and psychiatrists to examine what it was about left-leaning politicos that led them to embrace the Covid-19 pandemic so heartily. Unfortunately, most potential researchers probably hold that particular voting bent and are less likely to self-examine adequately to answer such a question.

Regardless, the evidence is strengthened this week by a Gallup study stating a solid majority of 57% amongst Republicans believe the pandemic is over within the United States – while a shocking 4% of Democrats share that optimism. That Dem number is so low it’s statistically insignificant, and nearly within the expected margin of error for a survey.

The poll tells us essentially no one on the American left is willing to let the pandemic go. Within the big coastal cities – ground zero for most progressive policies – we still see young, healthy people wearing masks out for a walk on a beautiful day or alone behind the steering wheel. Unless such people have ongoing autoimmune issues, those displays are only to call attention to the Covid policies they support.

While more conservative realms such as Texas and Florida killed off virus protocols as soon as case numbers dropped, New York and California not only held onto their sanctimonious dos and don’ts, but rather long for them to return.

In the US, conservatives were guilty of dismissing the pandemic too casually early in its onset, resisting basic and sensible precautions while medical professionals worked to figure out how serious Covid-19 could be. The right looked overly eager to rush by the realities and irritations of the illness, even when some wariness was in order. Still, as more data was gathered together to outline a virus that was real, but containable with basic precautions, conservatives and their enclaves happily rolled back restrictions and embraced the pandemic’s waning stages.

American progressives not only refuse to let go of virus panic, they seem prepared to live with it forever. Holders of that philosophy might be the first in modern history to demonstrate all the signs of embracing – almost enjoying – a tragedy because it serves them personally and politically.

A true progressive enjoys two socio-political positions beyond all others: telling others what to do, and being told what to do. Covid-19 presented the perfect environment for both roles to flourish with impunity. The left’s heroes swooped in with untested and often unsupported policies to shut down economies and educational systems regardless of pandemic status. There they were each day on local TV, applauding themselves for their swift and decisive crippling of daily life.

Meanwhile, millions of their followers were only too willing to stay locked up in their homes indefinitely, while verbally attacking others calling for a return to any form of normalcy in the hope of preserving businesses and preventing the proliferation of other health problems.

In the earlier pandemic days, progressives disguised their rush to authoritative power under sickly shades of exaggerated compassion. When folks not thoroughly entrenched in the left-leaning camp asked why draconian measures were necessary against a serious, but manageable, public health threat, they were excoriated for lacking empathy, inviting destruction on fellow humans and ignoring science (even the bastardized variety so often abused by policy discussions).

In reality, all signs pointed to the left rooting for the virus. When conservatives came out ‘soft’ on virus response, the polarization of Western politics demanded that the left overcompensate and treat coronavirus like the Black Death. When infections spiked in different parts of the world (as all infection viruses do before burning themselves out), progressives pointed to the deaths proudly as proof they were correct all along.

As a general rule, if you need people to die to prove you’re laying out a successful premise, you’re on the wrong side of an issue. The entire spectacle was ghoulish confirmation that, with today’s unwillingness to engage in constructive debate, both sides are more concerned with the perceived winning of an argument than the damage that argument’s policies inflict.

All political views look to contain fear, exert control and impose order over potentially chaotic human affairs. That’s their purpose. Conservatives do so by opposing change – looking to keep matters as they are now rather than risk unknown damage. Still, change is inevitable and many a time right-wing thinkers must step back and recalibrate when change cannot, or should not, be stopped. They lose their fight against evolution more often than not.

A more general, pervading anxiety drives progressives. Any risk, inequity or offense drives them to a furious worry. Since risks and inequities are an unfortunate byproduct of all civilizations, progressives end up on edge for most of their waking hours. They turn outrage and offense into their esteem-driving currency.

The pandemic provided progressives with an all-purpose excuse to impose restrictions on risk and inequity against an unquestioned backdrop of compassionate public health care. Considering that, is it any wonder they’re reluctant to wave goodbye to the pandemic now? They had a good thing going.

The American progressive response to the coronavirus was so authoritarian, rushed and panicked as to raise a very serious question: Can the leaders of that ilk be relied upon to respond to any crisis without employing terrified, poorly reasoned, punishing repression of the citizenry? Does the left simply enjoy emergency powers so passionately that they should never be trusted to wield them when chaos calls again?

For now, perhaps progressives need to have a going-away party for Covid-19. They could bury their masks in a solemn ceremony and present the virus with cards and flowers – wishing it success in mutating toward something more difficult to vaccinate away. Then, to paraphrase the Bard, they could sit on the ground and tell sad stories on the death of the sweet, unquestioned power that came from promoting and clinging to unreasoning fear.