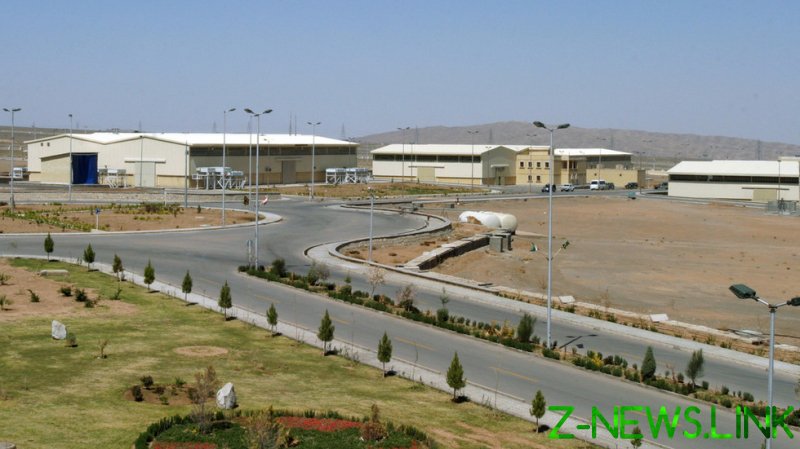 President Joe Biden has made rejoining the Joint Comprehensive Plan of Action (JCPOA, popularly known as the Iran nuclear deal) one of the top priorities of his administration, reversing course from the direction taken by former President Donald Trump who, in May 2018, withdrew the US from the landmark 2015 agreement.

However, the gap between Biden’s stated desire and the ability of his foreign policy team, headed by Secretary of State Antony Blinken, to bring it to fruition may be insurmountable.

In a recent statement, Blinken warned that if Iran continued to unilaterally lift the various restrictions on its nuclear program mandated under the JCPOA, it would be able to produce enough fissile material for a nuclear weapon within “a matter of weeks.”

But this assertion is fundamentally flawed. In keeping with its policy of ending JCPOA restrictions as a remedial action permitted under Article 36 of the agreement should other parties be in fundamental noncompliance (which the US is, by issuing sanctions), Iran has begun the process to enrich uranium to 20 percent, and convert that uranium to metal. This would be used to produce fuel plates needed to power a research reactor in Tehran used to produce medical isotopes.

As of January 29, Iran had accumulated some 17 kilograms of 20 percent uranium, part of a strategic plan to produce 120 kilograms of the material per year, at a rate of 10 kilograms per month on average.

Further undermining Blinken’s contention is the fact that, by converting the 20 percent enriched uranium into metallic fuel plates, Iran has made it impossible to use this material in any “breakout” weapons program, given the complexities associated with reconverting the metal into uranium hexafluoride for subsequent insertion into gas centrifuges for follow-on enrichment to 90 percent. As such, Iran’s actions actually inhibit its ability to pursue a nuclear weapon, something Blinken ignores completely.

But Blinken’s Iran problem goes much further than giving misleading statements about the country’s nuclear capabilities and intent. His prescription for the US rejoining the JCPOA is little more than a poison pill designed to kill the agreement. “Iran is out of compliance on a number of fronts,” Blinken recently said, ignoring the country’s citation of its rights under Article 36 (which means that until the US lifts sanctions, Iran is in fundamental compliance), and the fact that Iran has signaled that all of its measures taken to date are “fully reversible.”

“[I]t would take some time, should it [Iran] make the decision to do so, for it to come back into compliance and time for us then to assess whether it was meeting its obligations,” Blinken said. If Iran were to return to the deal, it would only serve as a precursor to what Blinken called a “longer and stronger agreement” that would address other “deeply problematic” issues.

The biggest hurdle is that Iran has ruled out linking a US return to the JCPOA with any negotiation of a new agreement along the lines that Blinken spoke of. An Iranian Foreign Ministry spokesman, Saeed Khatibzadeh, rejected any notion of US-Iranian bilateral negotiations about the JCPOA. “The US needs to return to its commitments,” Khatibzadeh said, “and if that happens, it will be possible to negotiate within the framework of the joint commission of the JCPOA.”

The Iranian position makes sense from a legal standpoint – it is, after all, the US that has left the agreement and, if it seeks to rejoin it, all negotiations must take place within the framework of the agreement itself, and not some new negotiating mechanism that does not conform to the letter of the law.

One of the fundamental flaws in the Iranian position, however, is its failure to recognize that, from the US’ perspective, the JCPOA was never meant to be an agreement which would reach fruition, but rather a stop-gap tool used by the US to contain Iran’s nuclear program in a manner which conformed to US domestic political concerns, and not the reality of Iran’s nuclear ambition. In short, the JCPOA was designed to ensure that Iran would not be able to acquire enough fissile material usable in a nuclear device for at least a year after violating the mechanisms of control envisioned under the agreement.

Some of these mechanisms of control are permanent, such as a ban on any Iranian work on nuclear explosive devices and on the reprocessing of spent reactor fuel, needed for the separation of plutonium. These two bans represent the most effective means of blocking Iran’s path toward a nuclear weapon. So, too, do the enhanced inspection arrangements which enable inspectors from the International Atomic Energy Agency to request access to undeclared sites.

Others, however, expire under the terms of so-called ‘sunset clauses’. Two of the most important ‘sunset clauses’ involve Iran’s ability to increase the number and types of enrichment centrifuges (expiring in 2025) and increase the amount of low enriched uranium it can stockpile (expiring in 2030). The Iranians view these two clauses as the most important achievements of the JCPOA negotiations, as they guarantee that Iran will be able to fulfil its plans for a viable indigenous nuclear energy program, a right guaranteed to it under Article IV of the nonproliferation treaty, to which it is a signatory.

This, however, was never the intent of the US. According to President Barack Obama, whose administration negotiated the JCPOA, the purpose of the ‘sunset clauses’ was to buy time for Iran, once sanctions were reduced, to “start focusing on its economy, on training its people, on reentering the world community, to lessening its provocative activities in the region.”

According to Obama, by entering the JCPOA, the US made it possible to “strengthen the hand of those more moderate forces inside of Iran.” The JCPOA was “not dependent on anticipating those changes. If they don’t change at all, we’re still better off having the deal.”

Obama’s point of view was driven by US intelligence assessments which, in 2015, put Iran’s “breakout times” at two or three months. By entering the JCPOA, the US was “purchasing for 13, 14, 15 years assurances that the breakout is at least a year … that – that if they decided to break the deal, kick out all the inspectors, break the seals and go for a bomb, we’d have over a year to respond. And we have those assurances for at least well over a decade.”

The important takeaway is what Obama said next. “And then in years 13 and 14, it is possible that those breakout times would have been much shorter, but at that point we have much better ideas about what it is that their program involves. We have much more insight into their capabilities. And the option of a future president to take action if in fact they try to obtain a nuclear weapon is undiminished.” In short, if Iran did not use the JCPOA as a vehicle to understand that it did not need a nuclear program, and voluntarily abandon its nuclear activities, then the US would take action that would prevent the ‘sunset clauses’ from ever expiring.

Unfortunately for Obama, Biden, and the proponents of the JCPOA, Trump wasn’t willing to play that game. Recognizing that the underlying logic behind the Obama approach to the JCPOA was predicated on the belief that Iran’s nuclear weapons ambitions were only being temporarily delayed by the ‘sunset clauses’, Trump simply withdrew from the agreement, moving the time for presidential action forward by a decade. In many ways, Trump’s approach to Iran, while fundamentally flawed, was at least honest. The same cannot be said about the Obama administration which negotiated the original deal, or the Biden administration which is now compelled to deal with the fallout of Obama’s deceit and Trump’s actions in response to that deceit.

Time is running out for Biden and Blinken if they hope to revive the JCPOA. Iran’s conservative-dominated parliament has set a deadline of February 21 for the US to lift sanctions that had been reimposed when Trump removed the US from the JCPOA. If the US fails to act, then Iran will likely suspend the enhanced inspections of its nuclear sites by the IAEA, and further increase its uranium enrichment capacity.

“We have said time and again that if the US decides to go back to its international commitments and lift all the illegal sanctions against Iran, we will go back to the full implementation of JCPOA, which will benefit all sides,” Majid Takht-Ravanchi, Iran’s ambassador to the United Nations, said recently. But Takht-Ravanchi’s comments assume that the Biden administration can move forward on the JCPOA in good faith, rather than with the intent of the original US negotiation.

The Obama administration, however, never intended the JCPOA to be anything other than a stop-gap measure designed to buy the US time when it came to managing Iran’s nuclear program. Thanks to Trump, the clock has run out. For Biden, Blinken, and the rest of the Obama-era policy makers who are now back in power and who sowed the seed of this, the time has come to reap the whirlwind. Biden may seek to blame Trump for failing to rejoin the JCPOA, but he only has himself to blame.