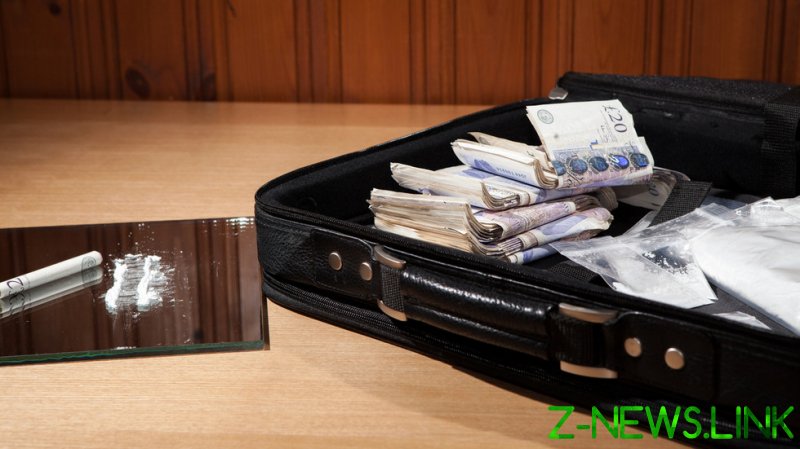 Speaker Lindsay Hoyle has reportedly vowed to call in the police after traces of cocaine and other drugs were detected in Westminster, the Sunday Times said on Sunday. The problem is said to be so serious, it will be discussed by the House of Commons Commission next week.

“It may be that we now need to broaden the range of sniffer dogs … to include those which can detect drugs,” The Times cited Conservative MP Charles Walker as saying. Sniffer dogs have previously been deployed in the House of Commons to aid in the detection of explosives.

Metropolitan Police data seen by The Times shows the force investigated 38 drug offences in or near the parliamentary buildings between 2015 and 2018. A report received by the House of Commons last month indicated that the smell of marijuana had also been detected in the open space between the Palace of Westminster and Portcullis House, where MPs have their offices.

Unnamed sources in Parliament told The Times it was common knowledge that some MPs used cocaine, with evidence found “in 11 out of 12 locations tested in the building, including places accessible only to those with parliamentary passes.” Such passes allow their holders to enter the building without having their bags searched by security. According to reports, among the drug hotspots in Parliament were the lavatories near Prime Minister Boris Johnson’s and Home Secretary Priti Patel’s private offices.

In 2019, Hoyle, then a Labour MP, said, “It’s not just drink we’ve got to catch out – there is a drug problem.” His concerns were echoed at the time by Patel, who said that “those who have the privilege to work at the heart of our democracy who are involved in drug use or distribution are utterly divorced from the heartless pain and suffering of the drug trade they are fuelling.” Ed Davey, leader of the Liberal Democrats, has called for a thorough investigation, arguing that “it is outrageous that people are doing cocaine in Parliament with impunity.”

However, if anonymous sources cited by The Times are anything to go by, the situation remains pretty dire, with one unnamed Civil Service employee claiming, “It’s relatively common to see people, particularly MPs’ staff, who are messed up. You see them wandering the halls with a glazed look, staggering about.”

The report alleges that some members of Parliament have indulged in illegal substances at house parties too, even in the presence of journalists. One brazen ex-minister reportedly put his dealer on the parliamentary payroll, claiming the man was a member of his staff. “That same former MP is rumored to have dealt drugs himself,” The Times claims.