Home / WORLD / Why Russia’s Black Sea Fleet should be doubled

Why Russia’s Black Sea Fleet should be doubled 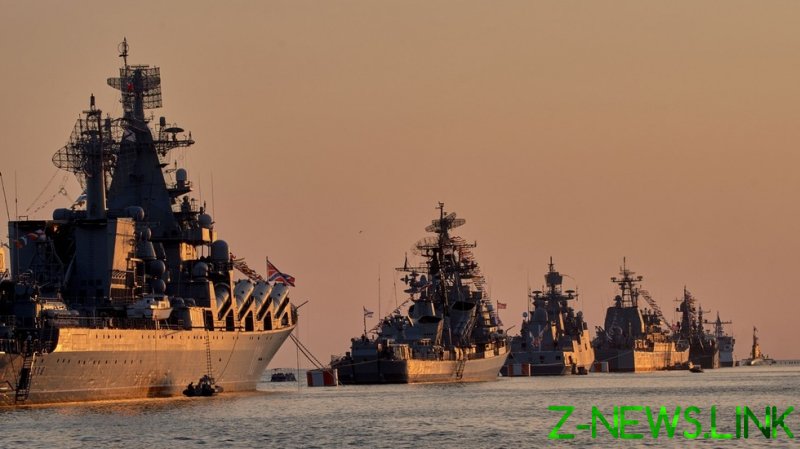 “The Kremlin has spent years and billions of dollars enhancing the fleet with new ships, submarines, warplanes and – perhaps most importantly – Kalibr land-attack missiles that can travel many hundreds of miles. If the Russian forces currently massing along the border with Ukraine roll west, Russian ships and subs could strike at Ukraine’s defenders, and leaders, with scores of Kalibrs,” writes Forbes.

In recent months, Western media outlets have repeatedly accused Russia of planning an invasion into Ukraine. Moscow has denied it is preparing to take any action against its neighbor, though it sees the continued eastward NATO expansion as a threat to its security. But leaving political issues aside, can we consider Russia’s Black Sea Fleet to be, in some respects, today’s version of the Invincible Armada?

The ship strength of the Russian Black Sea Fleet, whose main base is in Sevastopol, is relatively small today. This operational and strategic unit has neither submarine flotillas nor mixed flotillas, nor operational squadrons, nor any other squadrons.

The fleet currently employs the following units, formations and ships:

The remaining ships of the Black Sea Fleet are of a very considerable age, typically several decades. For example, the Ladny missile frigate has been part of the fleet since 1981, which means it served under Leonid Brezhnev.

The Black Sea Fleet does not currently have any modern guided missile cruisers or guided missile destroyers. And, unfortunately, it is not even clear when they might appear in the fleet.

As for possible comparisons with fleets of other countries in the region, it is more appropriate to compare the Black Sea Fleet with the Turkish Navy forces. After all, these two nations are the major regional maritime stakeholders.

It might look like Turkey has an absolute numbers advantage, but this is not entirely true. The Russian Black Sea submarines are much newer than the Turkish ones, with six commissioned after 2013, while four of Turkey’s subs were put into service between 2006 and 2008. The Russian Project 636.3 subs are equipped with shipborne Kalibr-PL cruise missiles with a range of 2,600 kilometers, giving them an upper hand over Turkish models. This easily puts the Russian subs into the strategic weapons category. Turkey has more big surface ships than Russia, but most of them are quite old, being commissioned in the last century.

READ MORE: The NATO-Ukraine Sea Breeze exercise could ultimately help create the circumstances for real conflict with Russia in the Black Sea

Some ships in Turkey’s navy were built in the US and France. Eight out of 16 Turkish frigates are former Oliver Hazard Perry-class. They were supplied from the US Navy reserves between 1997 and 2003. Turkey’s navy also has former French А69 d’Estienne d’Orves-class corvettes.

Another big advantage Russia’s Black Sea surface fleet has is cutting-edge frigates, the so-called ‘Admiral’ series, as well as Project 21631 craft, both carrying Kalibr-NK missile systems. The range of the system greatly extends outside the Black Sea basin.

Despite what we have discussed above, the numbers and training of the Black Sea Fleet personnel are far from sufficient.

The future of the Black Sea Fleet

Today, the Black Sea Fleet operates in the Mediterranean, Red Sea, and parts of the Atlantic and Indian Oceans, as well as in Black and Azov Seas. It is too small and underequipped to deal with the tasks at hand.

In this case, Sebastopol can host all these forces. The seaborne landing division would be better based at Donuzlav Lake (after heavily overhauling the base). With this in mind, it is advisable to form at least one more marine infantry brigade.

The Black Sea Fleet could also benefit from establishing a maritime transportation command overseeing sea and ocean transportation for both the fleet and the entire Ministry of Defense. The Syrian campaign has convincingly demonstrated the need for that. The command should charter trade vessels (ro-ro and container vessels, bulk and lighter carriers, tankers, etc.). Using big landing craft to move equipment, as was done amid the Russian campaign in Syria, is not practical for many reasons. And solving a hypothetical crisis can require a lot of cargo capacity.

In other words, the Black Sea Fleet needs at least twice as many surface ships and submarines as it currently possesses. Some might say this is overkill, but in fact, this is the bare minimum needed, in both equipment and personnel. Only after implementing these proposals could the Fleet be deemed sufficient to address the challenges it faces today.