Why Russia is in no hurry to “eight”? 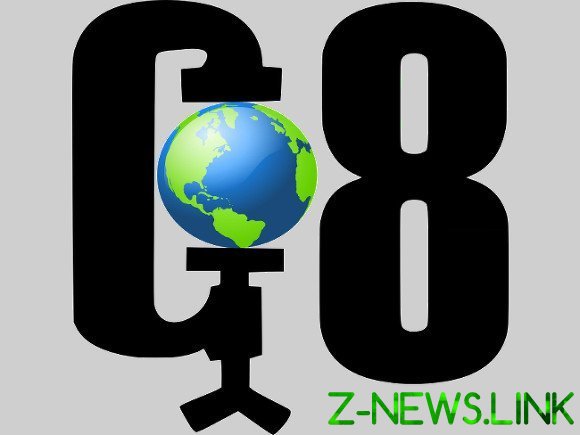 Recovery rukopozhatnosti in exchange for Donbass such a formula, the West offers to the Kremlin for reconciliation.

The presidents of the United States and France, Donald trump and Emmanuel macron invite Vladimir Putin to restore “the great eight” (G8). Such rumors circulated on the eve of the visit of the Russian leader in France. And they confirmed. First about the possibility of restoring the club of leading powers in the format of “eight” has publicly expressed by the President of France. He discussed it with Vladimir Putin and then repeated the well-known formula of the single European security space from Lisbon to Vladivostok, which in the past was so fond of Russian politics.

Vladimir Putin, however, much enthusiasm expressed. He recalled that the G8 has turned into “seven” after the leaders of the United States, Germany, France, Canada, Britain, Japan and Italy decided not to come to Russia in 2014, alleging the annexation of the Crimea. From Putin’s words followed, that they were still waiting. “Eight” does not exist, how can I go back to the organization that does not exist,” said the Russian President.

In response macron have tried to specify the path for reconciliation and has called Ukraine the main problem in Russia’s relations with Europe. “The resolution of this conflict is a magic wand that will open Russia a way back in “seven”, which can be “eight”, — promised the French leader. Even if it is impossible to erase the differences, you can build something new.” In fact, not formally agreed, they went to the talks tet-a-tet, the results of which the press conference is already scheduled wasn’t.

But the French leader, if you believe CNN, after this meeting, he phoned his American counterpart, and offered to call Vladimir Putin in the USA at the summit “eight” in 2020. And the next day Donald trump this idea, however, without attribution, in fact, supported. “I think it would be more appropriate if to invite Russia, in particular, in the G8, because much of what we discuss is connected with Russia, — he stressed. — I definitely see the possibility of a return to the G8 format; if anybody goes to this step, of course, I’m inclined to respond with favor.” And “anyone” in that statement, it’s obviously Vladimir Putin.

The Kremlin reacts contradictory. In the words of Moscow expresses more discontent, showing that the Franco-American initiative for the Kremlin, whether humiliating, or lack of, and calling it late. There are more fantastic statements. For example, the head of the international Affairs Committee of the Federation Council Konstantin Kosachev suggests not to stop on reached and to ensure that “seven” has become not in the G8, and in “ten”. And together with Russia there would have taken China and India. Otherwise, according to the Russian Senator, this will still format 7+1, which the Kremlin will be one against all. Thus, the Russian authorities by all means show that change Donbass “eight” as it is informally they are encouraged to the West and pretended that he had forgotten about the Crimea, they do not agree.

Here, however, it is worth Recalling that while we are talking about a Franco-American initiative. Japan will probably subscribe to it without any problems — in exchange for a few of the Kuril Islands, the transfer of which said recently the Minister of foreign Affairs of Russia Sergey Lavrov. Canada, probably, too will not drastically mind. Italy, after there will be early parliamentary elections and the Prime Minister will be, according to opinion polls, friend of the Kremlin, Matteo Salvini, will vote for the restoration of the G8 with both hands. But there’s still the UK and Germany. New British Prime Minister Boris Johnson just August 22 to meet with Macron, and it probably has a chance to talk under certain conditions. But with Angela Merkel all quite difficult, and it intends to remain Chancellor of Germany until 2021.

So it is possible that all these doubts and creative proposals to expand the “seven” to “ten” with Russia are elements of pressure just on those G7 countries that are not yet ready to close my eyes to the Crimea and to consent to the transfer of Donbass Ukraine in the Russian conditions.

In this case, making a disgruntled face, in reality the Kremlin triumphs. The joy and willingness to negotiate longer breaks in pretty distinct signals. Already appeared information that the Russian courts convicted five citizens of Ukraine, which Kiev believes hostages and political prisoners, gathered in a Moscow jail “Lefortovo”. Appeared rumors that is preparing their transfer to Ukraine, followed by the sailors, who were captured by Russian border guards during the attack on Ukrainian ships tried to go without the permission of Russia across the Kerch Strait.

However, perhaps Moscow fluctuates because the Russian ruling class is not homogeneous. Some of them want to achieve more and continue the hard confrontation with the West “to the bitter end.” More pragmatic members of the ruling regime real assessments of the economic situation of the country and would like to finish the confrontation with the West on the eve of such an important “transit authority” in 2024, and not to get into outright dependence on China, whose interests are gleefully lobbying for Russian parliamentarians. These two groups within the ruling class oppose each other, but the outcome of their struggle depends, as always, from Vladimir Putin. He will be the last word — he wants to go to the 2020 summit “eight” in the United States or to ensure that, on the contrary, the leaders of the “big seven” came to visit him in full, or to continue to threaten the world of the “nuclear ashes”.