Why oil could fall to minus 100 dollars per barrel 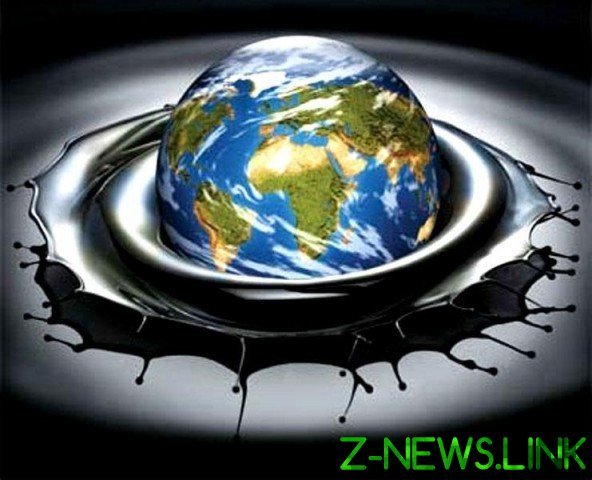 There is a possibility that world oil prices will fall to a minus of 100 dollars per barrel. This opinion was expressed by Mizuho Bank oil analyst Paul Sankey, who in March warned of the possibility of negative prices for raw materials.

His forecast is based on the dynamics of filling the global storage of crude oil. For this dynamics, according to Bloomberg, following the satellite Sentinel-1, which tracks worldwide the volume of raw materials in tanks with floating roofs.

Sentinel-1 radar sends a signal, receives the data and, using them, calculates the amount of oil in each specific store. So, the calculations indicate that the tanks were very few.

“The vault will be filled in late may or early June,” says Florian Thaler from research firm Oilx, which uses the above-mentioned satellite data. Moreover, these calculations may not be completely accurate, since even the available free capacity are likely already booked traders.

Furthermore, you must understand that the filling of world repositories is uneven. The system of tanks is a set of small and large hubs storage connected by pipeline or marine infrastructure.

And large sites, which depend on the price, fill up more quickly. In the world there are many repositories where there is still a place for oil, but their scale and significance is much below the main hubs.

In the American market it comes down to Cushing (Oklahoma). There is a point of distribution of a futures contract for crude oil. In the city, which can be considered the “pipeline crossroads of the US”, is a dozen depots.

Their capacity is enough to hold 80 million barrels of oil. Moreover, the total capacity of all U.S. commercial oil storage more than 600 million barrels. But the stock price of WTI depend almost exclusively on the state of the tanks Cushing. If they are full, no matter what many others are still empty – the value of the U.S. benchmark is still crashing.

Other important world Neftechala that are close to filling: Rotterdam (the processing center of Western Europe), several Islands in the Caribbean and Singapore. Now, the largest in Rotterdam, the company that stores oil – Royal Vopak NV. And, according to CFO Gerard Paulides, “the available capacity is almost fully booked”.

However, traders actively turning supertankers into temporary floating storage, but these containers will not last long. Given all the above, oil prices in the district minus $ 100 per barrel by the middle of June does not seem to be something unthinkable.

Tags barrel could dollars minus