Why Lukashenko seems to be winning the migrant battle with Brussels 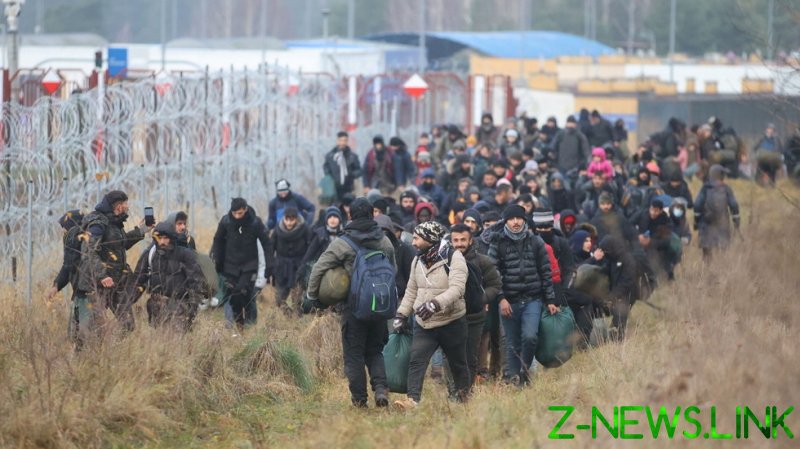 One result of the crisis, which involves around 4,000 migrants left in limbo at the border, has been that fighting talk has broken out between the European Union and Belarus. Threats have been made by either side, although I would argue one side has the upper hand, and it is not Brussels.

Before I get to my point, some background information: the EU and NATO believe the Belarusian regime, headed by long-standing president Alexander Lukashenko, is purposely manufacturing the migrant crisis in response to sanctions that were imposed on it earlier this year.

The Belarusian government is accused of flying migrants into Minsk from the Middle East and of marching them to the border. It is also claimed that another 15,000 migrants are in the Belarusian capital waiting to be moved on to the border region, although this has been denied by the government. On Wednesday it was announced that the EU was close to agreeing a new set of sanctions to be imposed on Belarus, which will target influential individuals and the country’s national airline.

In response, Lukashenko said “if they impose additional sanctions on us… we must respond … we are heating Europe, and they are threatening us, what if we halt natural gas supplies? Therefore, I would recommend the leadership of Poland, Lithuanians and other empty-headed people to think before speaking.”

The reality is that it is Lukashenko not Brussels holding all the Aces. The EU can make all the threats it wants, but as long as the bloc is reliant on Russia for a large proportion of its natural gas, it is toothless. Currently, 47% of the EU’s natural gas comes from Russia and for some member states it is even higher. Baltic states like Latvia and Estonia get nearly all their natural gas from Russia. Poland also gets over 50% and Germany over 30%.

Crucially, about 20% of Russian gas which goes to the EU flows through Belarus. If Lukashenko was to make good on his threat, then there would be severe gas shortages across the EU and energy prices, which are already near an all-time high, would rise even further. In some ways, Lukashenko’s threats are making the case for Nord Stream 2, which would bypass Belarus altogether and pump gas directly from Russia into Germany.

So, the EU can freeze as many bank accounts as it likes, or even remove Belarusian diplomats from its capitals, but the reality is that Lukashenko has the ability to hit the EU energy consumer in the pocket. This is doubly concerning as winter is almost upon us, and many are already struggling with exorbitant energy bills. Maybe this is why French president Emmanuel Macron has urged mediation, stating that “it is obvious that if Russia is not part of the problem, it is at least part of the solution since Belarus’ dependence on Moscow is increasingly strong.”

Nevertheless, the crisis has escalated in recent days. United States vice-president Kamala Harris has warned that “the Lukashenko regime, I believe is engaged in very troubling activity … and the eyes of the world and its leaders are watching what is happening there.”

It has also been announced that the UK is sending a number of troops to the Polish-Belarusian border to provide “engineer support.” Personally, I would rather that these soldiers were used to deal with the chaos going on in the English Channel, where migrants also are dying. Russia, too, has conducted military exercises in the region over the past days.

In the midst of all this posturing and threats being made, the real victims are the migrants, who remain marooned in a no-man’s-land. With the winter setting in and temperatures falling, many will literally freeze to death if a solution is not found, fast.

But that does not get away from the fact that Lukashenko is in the driving seat, and the threats made by Brussels and others pale into insignificance if he decides to turn off the gas.