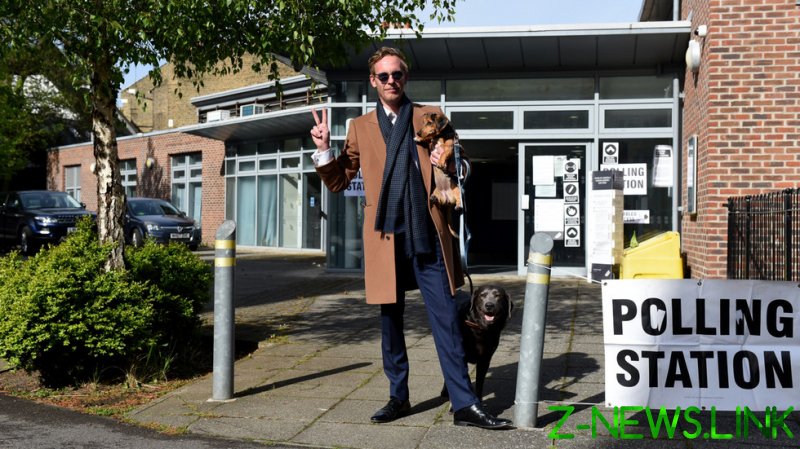 Laurence Fox was already a well-known actor and singer when an appearance on BBC political show Question Time afforded him a completely different notoriety.

That was in January last year, as millions of people reacted to his forthright views on racism. And it sparked the momentum which saw Fox launch a political party, Reclaim, and run to become mayor of London.

He’s been featured on many mainstream platforms and has been prolific across social media, giving him a profile at odds with his support base. However, while Londoners made their choice for mayor yesterday – the results are expected this weekend – opinion polls predicted he would win just 1% of the vote, the same as Count Binface (a joke candidate who wears a litter bin over his head).

Former Brexit Party member Darren Selkus played an important role in establishing the Reclaim Party with Fox. His behind the scenes involvement was even judged to be newsworthy by political website Guido Fawkes.

But businessman Selkus, a former captain in the British Army, walked away from Reclaim and has spoken exclusively to RT.com about why he feels the party – and Fox – have lost their way.

Explaining his role, he said, “I was pretty much involved from the start, doing all the IT, getting the website, setting up the databases and helping out with a lot of the admin. After the Brexit Party closed, I felt the job wasn’t done.

For me and a lot of other people it was all about changing politics for good, to try and create a movement that had some longevity and reform the two party system in Britain.

My vision was a new party that could change politics and carry on some of what the Brexit Party was doing; patriotism, liberty, democracy, representing the working class and those disenfranchised by the main political parties.”

Another individual with links to the Brexit Party, donor Jeremy Hosking, became the financier of Reclaim. Fox revealed that Reclaim has received £5 million, but even with that level of backing, Selkus didn’t see a way forward.

He continued, “I believed in setting Reclaim up to be a democratic party; structured, organised with a full manifesto covering everything – not just the culture wars. I also believed it needed a team. It’s more of a one-man show focused on one thing, than a political party.”

On top of that, despite Fox’s high profile, Selkus feels he has few transparent policies. RT.com contacted the Reclaim Party several times to enquire if Fox would be available for interview, and received no response.

He added, “Laurence is a really nice guy and a genuine person. He is standing up for what he believes and doing a great job of defending freedom of speech and [attacking] the so-called woke revolution. But that’s only part of what needed to be done.

Also, I don’t agree with everything he was doing. I’m not an anti-vaxxer – the way the vaccine rollout has gone has been brilliant. We’re almost out of this crisis as a result of it, so some of the things he said about the NHS I don’t agree with.

Fundamentally, I’m not sure politically where he is. He certainly seems to be more right-wing than left-wing, but he says he is left of centre yet at the same time, he’s a big fan of Maggie Thatcher – I don’t know where he is politically.”

That admission will surprise many, as some sections of the liberal media have portrayed Fox as a flag-bearer for the disenfranchised.

However, Selkus says others in the grassroots community feel the same: neither Reclaim nor Fox represents what they are looking for.

He continued, “Laurence wears his heart of his sleeve; yes he sometimes makes cringey, reactionary tweets – he did one about Boris Johnson and his partner Carrie wearing masks and tweeted ‘take off your woke burqas.’”

“I don’t agree with that. I felt Reclaim needed a team with multiple speakers who could talk on all topics and cover everything. That was the only way it was going to develop and grow into something to last the test of time.

What’s crazy is that in all the conversations I’ve had with Laurence, he agreed with everything I’ve said 100 percent, and said he wanted to go in that direction. The problem is it just never happened.”

When news broke that Fox was entering politics, it caught everyone on the hop. Selkus explains what happened in the period and also admits he’s unsure if Fox can continue to lead Reclaim.

“We actually launched as LaurenceFoxParty.com. He got so much grief on social media and in the press for calling it after himself, but it was temporary – he just didn’t want to release the name then, but we quickly did.

In reality, it is the Laurence Fox Party. I don’t know what the future will be and whether Reclaim can move on with him still leading it. Reclaim is a platform and still has the financial backing to move forward but we need to see if someone will take it forward.

Laurence has been in charge since September. That’s eight months and if the Reclaim Party gets around 1% in the mayoral election and hasn’t stood anywhere else, and there are no further developments, then I don’t think I have to say if Laurence is the right person.

There are a lot of people wanting to get involved and take this forward. If it goes in that direction, it’s something I’d be interesting in going with.

“There are so-called politicians out there that I think fit that role, like Martin Daubney who was a MEP for the Brexit Party and would be absolutely fantastic. He has the political experience and knowledge. Whether that was with Laurence, alongside Laurence or Laurence was not there, that’s not for me to say. I think there is a demand for a party like this, it’s a question of whether it can develop from Reclaim.”

While the mainstream media have pitched the disenfranchised as being solely right-wing, Selkus actually feels that those on the left need representation to shake up the British system, which is dominated by the Conservative and Labour parties.

If Reclaim is going to go further, it has to change the way it is. I want someone to vote for and I’m sure there a lot of other people like me… whether that would become a main political party, who knows?”