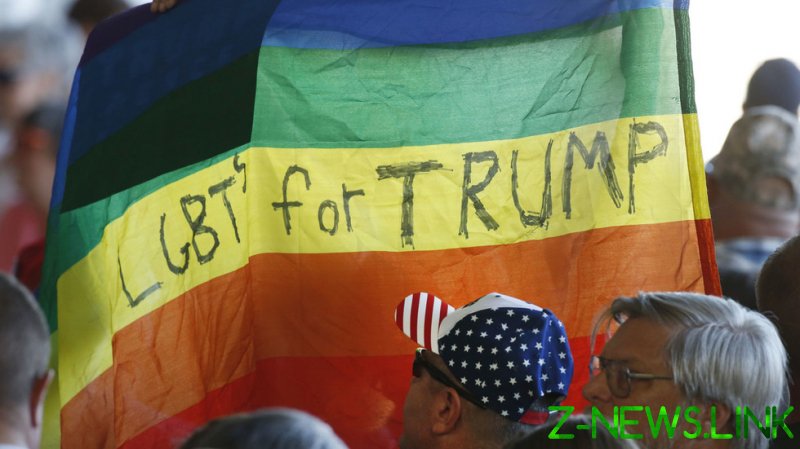 We have been the left’s political pawns, and they desperately need us so that any time they have an agenda, they can pull out their race card or their gay card – whichever one works.

The Democrats claim to be the party of “tolerance” and “social justice” after all, so it’s crucial that the world know they speak for the poor, marginalized, helpless gays and the people of color who must surely still be living in pre-civil rights era conditions. It seems lost on the left that nobody alive today in America was ever a slave, and nobody alive here ever owned a slave (can’t say the same for modern day Africa, however).

It also seems to have been lost on most of the left that race, gender, and sexual orientation are all categories that are protected at the federal level from job discrimination, and SCOTUS ruled in favor of same-sex marriage back in 2015 for all 50 states. Despite this, they talk as if they think very little of these achievements, and still seem to see the country as racist and homophobic (or, rather, transphobic, since transgender is the new sacred and untouchable political darling. Boring old homosexuals are just so 2015). Their leaders insist loudly and persistently that minorities are oppressed in America, and that Republicans surely hate us. The Democrats, on the other hand, are standing ever by with their steely social justice swords to slay the “systemic racism,” the “hate speech,” and “microaggressions” that plague us (all caused by Trump, of course). And they desperately need us to believe them.

The problem with all of this is that it’s a grotesque lie, riddled with hypocrisy and, unfortunately for the left, an increasing number of their political pawns are waking up to their scam. Black conservatism has been growing in the United States at a steady pace since the 1950s, with a boom in the early 2000s and again during the Trump administration, when the former president appointed over a dozen black conservatives to various prominent posts. Added to that are the many newly elected black conservatives, including the recent red wave that blessed the state of Virginia with Constitution-loving patriot Winsome Sears as Lieutenant Governor, a historic election result for that state.

And the liberal media response to Sears’ win? The media that rushes to point at race at every opportunity? Crickets. You see, she’s a thought criminal for becoming the first black lieutenant governor as a Republican who loves America. The left doesn’t care about a black woman winning unless she’s a Democrat. They’ve shown us their hypocritical hand here, and not for the first time.

Larry Elder, who appeared on track to unseat Gavin Newsom as California governor during the recall election earlier this year (he would have been the state’s first black governor) was shamelessly physically attacked on the street while slandered all over the liberal news. Some people found this shocking, but it’s actually tiresomely predictable. This is what they do. It’s who they are. The left likes its race and gender political pawns to uphold their narrative, and they become unhinged when we don’t. In their world, a black Republican is a white supremacist, and a gay Republican is a deeply wounded and confused self-loathing homophobe. And let us not forget, around this time last year they were trying to retcon history by writing Ric Grenell, the first openly gay cabinet member, out of the picture, falsely claiming the title for Pete Buttigieg. Why? Simple. Grenell was appointed by President Trump, and he’s a gay conservative.

Fortunately, gay conservatives are also starting to gain momentum socially and politically. The #WalkAway movement that Brandon Straka started has been a powerful and important influence, especially for gays and lesbians who saw the truth and decided to walk away from the left. Log Cabin Republicans and other conservative organizations are also making an impact, as well as a growing number of gay media outlets and influencers.

Some on the right may argue that we don’t need gay-specific media or organizations, and I somewhat agree with this in theory. By nature, we don’t feel the need to segregate ourselves since we do not subscribe to the identity politics so beloved by the left. We don’t care about labels, because we see ourselves as simply Americans. And while I do believe this is for the best, I also think that Republican and conservative minorities can do each other a favor, and do our country a great service, by being very outspoken about who we are and what we believe. Just as Larry Elder and other black conservatives have opposed divisive critical race theory, don’t we as gay and lesbian conservatives have a duty to let everyone know that not all gay people believe there are multiple genders and that we want to host drag queen story hours at elementary schools? That we aren’t all part of the ever-growing alphabet soup of identities? Do we not have a moral obligation to stand up and say ‘no, actually, we don’t think it’s ok to give kids cross-sex hormones’? I think we do, because as long as the left is able to weaponize communities and classes of people, they will divide us. But we have the power to disarm them – only if we’re willing to be visible and vocal.

Minorities of every stripe have the opportunity now to be bold and stand up to the radical left’s agenda with vocal opposition and through grassroots action. We need to be running for local political offices, we need to be engaged with our communities online, and whenever we can, we should let our neighbors, friends and strangers know that being gay, or black or any other category does not equate us with being Democrats. We’ve made way too much progress for that.