Why Israel seeks to derail Palestinian election before it happens 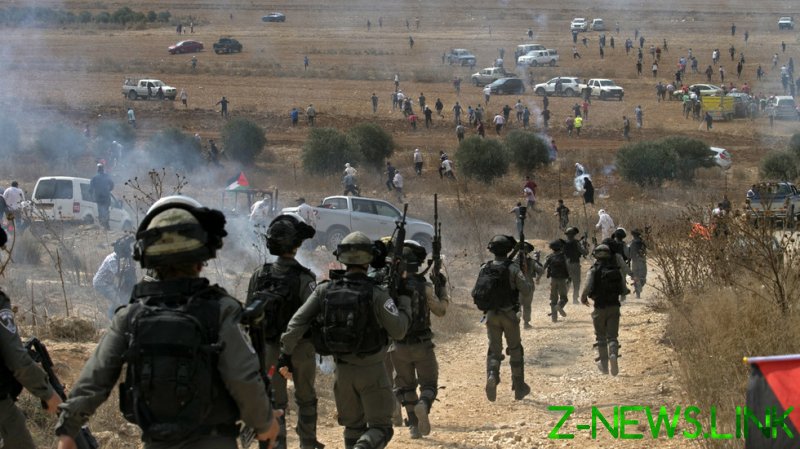 Israeli news outlet Walla recently revealed the anxiety felt by Israeli officers in the occupied Palestinian West Bank. The Hebrew media site quoted IDF officers as indicating a raised level of alert to an escalation of violent demonstrations and armed attacks against Israeli soldiers and settlers.

Unrest is a ripple of Fatah divisions

The Israeli fear largely comes as a result of divisions within Palestine’s leading political party Fatah, led by President Mahmoud Abaas, which heads the Palestinian Authority – the governing force in portions of the West Bank. These divisions, largely over Mahmoud Abbas’s electoral list, have led to incidents of protesting gunmen firing in the air in Hebron, in addition to attempting to block roads near Nablus and Jenin.

What has also compounded this problem of intra-party division has been the announcement that imprisoned Fatah leader Marwan Barghouti will run his own parliamentary list entitled ‘Freedom’. According to Nasser al-Kidwa, a supporter of Barghouti and parliamentary candidate, the list will run against Fatah in the May parliamentary election. Marwan Barghouti is also the favourite, according to the most authoritative polls, to win the presidential elections and dethrone Mahmoud Abbas, whose term officially expired back in 2009.

Israeli political analyst Ehud Yaari stated in a recent article for Israeli Channel 12 that he believes “The Fatah movement is currently in an advanced stage of disintegration”. He also stated that PA President Abbas ignored warnings from multiple intelligence agency chiefs, including Israeli Shin Bet chief Nadav Argaman, following his announcement that elections would be held. An Israeli intelligence head attempting to convince Abbas to block the elections is a telling sign of the Israeli fear of Palestinian democracy.

The head of Israel’s Shin Bet also warned the Palestinian Authority President against forming a joint government with Hamas. This shows that Israel has already attempted to stop Palestine’s elections from taking place and are actively involved in undermining the second-biggest party in the occupied territories. The Israeli Coordinator for Government Activities in the Occupied Territories, Maj. Gen. Kamil Abu Rukun, has said that Israel should cut all coordinations with the Palestinian authority if Hamas wins.

With various Fatah branches refusing to participate in the party’s official parliamentary list, it seems likely that Fatah will suffer a unanimous defeat come May 22. This leaves Hamas, the biggest remaining party, designated as a terrorist organisation by Israel, to seize power.

If Marwan Barghouti’s ‘Freedom’ list, along with further internal bickering amongst Fatah factions, won’t seize enough of the vote from Mahmoud Abbas’s list, then former head of the Palestinian Preventive Security Services Mohammed Dahlan’s list will surely finish them off. Mohammed Dahlan, who has been in exile from Palestine – living in the UAE – has returned to Palestinian politics and boasts a sizeable Fatah loyalist following himself.

Things are going to change

For Israel, the reason why the end of Fatah rule threatens them so much is that they have been a comfortable partner to work with and are granted international legitimacy. The security cooperation with the Fatah-led Palestinian Authority in the West Bank has enabled Israel to avoid many complications in the territory. It has also helped to stymie armed resistance against occupation forces.

If Fatah is to be broken up, there will no doubt be a change to the status quo, which could endanger Israel’s illegal settlers, as well as give new life to larger demonstrator movements and armed attacks on Israeli troops.

As a result of the current picture, there are currently three circumstances which could emerge: the elections go ahead and we see a new political landscape; Mahmoud Abbas again postpones the elections; Israel launches an offensive – likely on Gaza – in order to stop the elections from taking place. In each of these circumstances, we will likely see significant developments from the occupied territories as a result and so it should now be monitored closely.

US President Joe Biden could prevent an escalation, if he is truly looking to secure a two-state solution like he claims to be. The United States could reel in its ally Israel, but this seems unlikely. The UN has criticised Israel, urging it to stop committing acts that undermine a two-State solution, but without meaningful punishment, Israel will not listen.