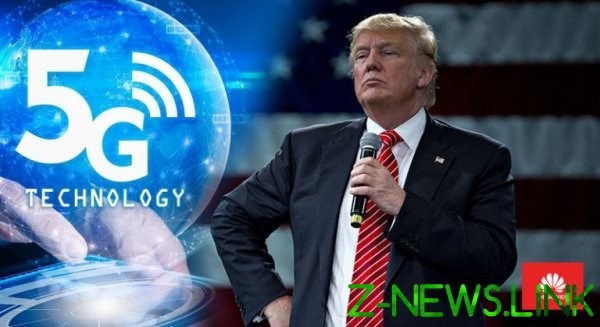 USA continue to lead the so-called “trade war” with China, as Chinese government in General and with certain representatives of business in the PRC. In particular, at the present time the American authorities have launched a worldwide campaign against the Chinese IT giant Huawei company.

To prevent the development of this company on the Western market for the United States a matter of survival. As evidenced by the Declaration (decree signed last week) President Donald trump a state of emergency in the country associated with the threat to national information technology and communication.

The company “Huawei Technologies” together with other “threats” falls into the black list of companies to work with whom we can now only by special government license.

See also:  Poroshenko told about the failure of the blitzkrieg of the Russian Federation in the Donbass

The fact that Huawei is a world leader in the development of communication technology the next generation “5G”, which allows you to transfer data at speeds up to 20 GB/s.

According to the browser Flipping.ru, the introduction of any state of these technologies in production processes will make multiples of the economic rebound. For example, labor productivity in a society which will apply 5G will increase significantly. Provided wide application in such a state of robotic manufacturing processes.

Thus, the possession of an extensive network created by this technology will not leave any chance to competitors in the economic struggle. In addition, the US company accused Huawei, which is the manufacture not only smartphones, but also cell equipment, global spying by the Chinese government.

See also:  Kravchuk predicted the timing of the entry of Ukraine into NATO

By the way, the 5G network in Russia, too, will be in the future to work on the equipment of Huawei company. In any case, as was originally planned.

That is why, speaking at a recent press conference, Donald trump said about the urgent need for the US to win the race for 5G. In addition, the US plan to occupy the prevailing position on the market development of this technology and sell it around the world equipment for the transition economies of the world on 5G network that promises fabulous profits.