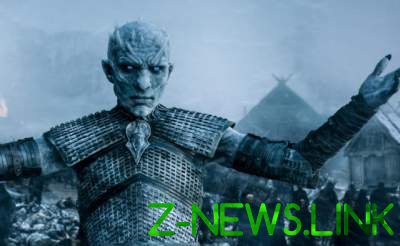 Why the series is so dark.

Cameraman of the series “Game of thrones” Fabian Wagner explained that for the third episode, titled “the Battle for Winterfell” he specifically chose a dim lighting to convey the emotional tension of the characters during the battle.

He recalled that some viewers of the show are outraged after the release of the third series due to poor stage lighting. Viewers say they are unable to consider the movie’s characters during the battle for Winterfell. Also it was difficult to consider the surviving heroes at the end of the battle.

See also:  A month after giving birth: Irina Shayk made a splash in the network picture in bikini

“The production team decided that it should be a dark episode,” said Wagner.

Fabian Wagner also noted that the change in the tone of the entire series, with each season getting darker in conjunction with dark themes.

“We have seen a lot of battle scenes over the years, so to make them really impressive, you need to find a unique way to portray history”.

“Game of thrones” is a cinematic show, and so you have to watch it in the cinema: in a darkened room. If you are watching a night scene in a brightly lit room, it will not help you to see the image,” explained the operator.

See also:  Stars of the Ukrainian showbiz confessed how will celebrate the New year

Videoperator acclaimed series summed up his speech with the following words: “All we wanted to show people there”, he said.