Home / WORLD / Why is the Labour Party so enthusiastic about Covid-19 lockdowns when they are so destructive to our poorest communities?

Why is the Labour Party so enthusiastic about Covid-19 lockdowns when they are so destructive to our poorest communities? 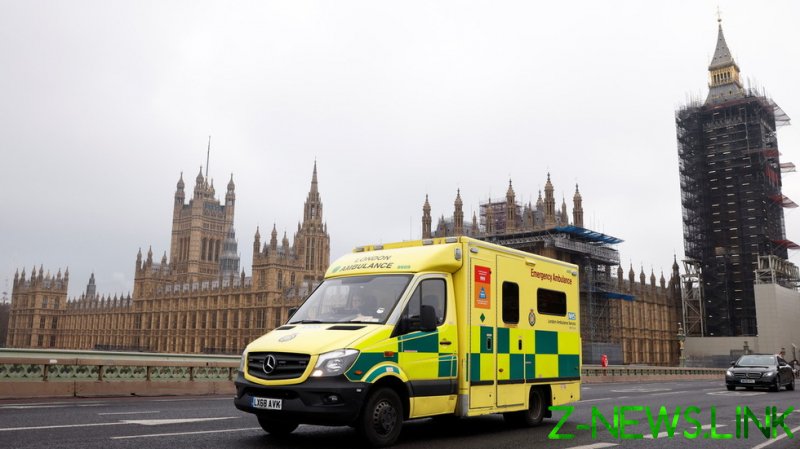 Whenever Home Secretary Priti Patel is wheeled out to lead the daily government briefing we know we have done something wrong and something rotten is about to be rolled out. So from this week, thanks to our collective bad behaviour, £800 fines will be issued to those attending house parties of 15 or more people. This is the latest punishment the government has added to its stick and stick approach to enforcing the lockdown.

All this at a time when the working class are having literally the worst times of our lives. There is no ‘good lockdown’ for working class people who are more likely to be redundant or on furlough, living in cramped, crowded conditions, and whose children are struggling and falling behind at school. Another threat to frighten people with is not the answer.

In my other role as academic researcher and sociologist I have been interested in the historical context of impinging civil and human rights in times of crisis. I came across an academic article from 2013 in the journal ‘Emerging Infectious disease’. The author,  Eugenia Tognotti, looks back to the plague of the 1400s and outlines the use of quarantine and other measures for controlling epidemic diseases. She notes they have always been controversial because such strategies raise political, ethical, and socioeconomic issues requiring careful balance between public interest and individual rights.

Quarantine (from the Italian “quaranta,” meaning 40) was adopted as an obligatory means of separating persons, animals, and goods that may have been exposed to a contagious disease. ‘Quarantine’ laws since the 1400s have been well documented and, in some countries, have been used to suspend personal liberty and even provided the opportunity to stop political opposition. For example, the increasing use of quarantine and isolation conflicted with citizens’ rights and contributed to the growing sentiments of frustration fostered by the French Revolution of 1789.

In England, liberal reformers contested both quarantine and compulsory vaccination against smallpox. Social and political tensions created an explosive mixture, culminating in popular rebellions and uprisings, a phenomenon that affected numerous European countries. I fear in the 2020s that ‘quarantina’ will be used by politicians worldwide to create an authoritarian consensus between once opposing political parties to rule together and share power indefinitely.

Our current problems are not new, but what I do find unusual and worrying is the lack of any opposing voice. Over the last year, the Covid-19 pandemic and the subsequent measures to control it, have infringed seriously on our human and civil rights particularly within those communities that were already under state scrutiny because of their colour, their community, and their class.

In the last year we have had testimony from those communities and also hard evidence from the data collected on unemployment figures, health outcomes, and also what is happening to working class children’s education from organisations such as the Institute for Fiscal Studies, the Joseph Rowntree Foundation and the Resolution Foundation. Even the Government is acknowledging the stark inequalities that Covid has exposed. We know that working class communities rely heavily on public services. Even before the pandemic these had been diminished by austerity, but post-Covid they have disappeared completely.

For working class families the local schools have always acted as much more than places of learning, they are community hubs where gossip is swapped at the school gate, where friendships are made, where people regularly see each other and note one another’s well-being. Schools offer a warm meal daily, and childcare that working class parents desperately need.

The lockdowns have crashed into these communities like a tsunami – and it will not be until the tidal wave has gone that we will see the full extent of the damage it has caused. I am therefore puzzled by those on the political left and centre left evangelical support for keeping people locked down. They are standing aside and almost cheering as civil rights are being burned in front of them. The Labour Party, and Labour councils all over the country have enforced lockdowns with an almost religious zeal. Not a week goes by without the Labour leader, Sir Keir Starmer, calling for stricter lockdown measures. Of course we need to keep people safe and we need to ensure the NHS does not get overwhelmed, but I have seen a complete lack of understanding as to why the poorest communities have struggled to cope in lockdown.

My puzzlement extends to the wider left, who again are constantly calling for more and more authoritarian lockdown measures and curbs on people’s rights. The police have been given increased powers to stop, question, fine, and arrest the British public and yet there has been complete silence from the Labour Party and the British left. Policing has become so much more visible in our towns and cities, and of course those most likely to be stopped, questioned and searched are younger working class people, especially black and other minority groups. I would have thought this fact alone would cause some sections of the left to raise an eyebrow but it seems they are unconcerned about the growing authoritarianism being imposed during the pandemic. We will have to fight hard to reclaim these rights once this disease has abated.

So why are the Labour Party and the wider left showing no concern and no compassion over the consequences of the lockdown measures or the restriction on civil rights especially on the poorest communities? There have been noises about universal credit, and free school meals from the Labour benches – but no action, no solidarity and absolutely no understanding of why working class people in the UK may struggle with lockdown.

My argument is that the Labour Party and the wider left over the last 40 years have ditched their concerns for the working class and in fact have become a party for the middle class and by the middle class. In November 2020 former MP for Ashfield, the constituency where I grew up in Nottinghamshire, Gloria De Piero, warned her party that they had all but lost the working class vote. Her 8,820 majority at the 2015 general election fell to just 441 in 2017. Then in 2019, her former office manager, Lee Anderson, defected to the Conservatives and took the seat with a 5,733 majority.

A 2017 survey found that 77 percent of Labour Party members fell within the ABC1 social classes. Where is the left, where is the Labour party? Who is speaking up for and understanding the real pain that is in our working class communities? The anguish and the struggles that working class families are undertaking in trying to stay safe and alive have been forgotten.

I do not say this lightly but I believe our class system is so entrenched and toxic that the middle class – the politicians and the media that report from Westminster – think of the British working class as children who need to be cajoled, fooled and punished into taking their medicine. The Labour Party and the British left can never achieve power or a coherent movement without the working class – and they can never do this while they treat them with such obvious contempt.