Home / policy / Why is Russia suddenly woke up hope? 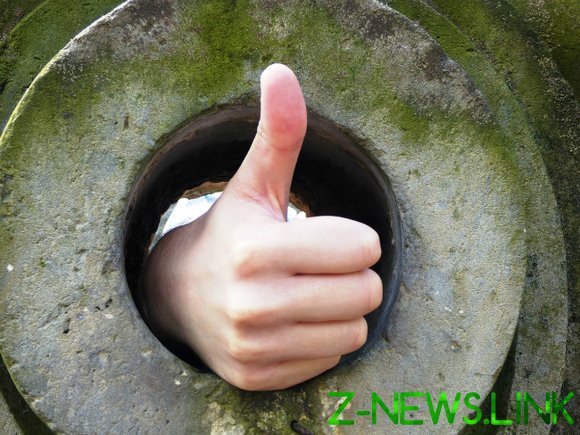 Sociologists have revealed an unexpected fact — the number of people who count, that the coming year will be better than ever, breaking all records for 30 years.

Coming 2020 is already making a bid to enter the Russian history as “the year of the outbreak of hope”. In any case, these conclusions are drawn from a survey conducted “Levada-center”.

The survey “Levada-center” held in December 2019 on a representative nationwide sample of urban and rural population. Were interviewed 1608 people aged 18 years and older, in 137 settlements 50 subjects of the Russian Federation. The study was conducted at the home of respondents by personal interview.

To the question “what is for you the coming year will be compared with the past” 12% of respondents answered either “definitely better” (12%) or that they hope that it will be better (51%).

In total, hope for the best this year 63% of Russians — this is an absolute record over the past 30 years of similar observations. The closest result was only at the beginning of 2001, when many in the country hoped for a young and energetic Vladimir Putin, the year before the new President.

Then, only a minority were aware that the new head of state will become the guarantor of irreversibility of those reforms which at that time is not cursed just lazy. The majority, tired of the turmoil of the Yeltsin era saw him as the military, a lifer, a patriot who will come and distribute to all sisters on earrings: bring order to the country, gonna push the oligarchs to help the poor and less will return to normal. Many now say that it was a naive belief, but in any case, the results of a survey of the “Levada-center” from 2001 on the same theme reflected the then state of minds in Russia.

But what or who today hopes of the Russian people — a very interesting question. Especially considering the fact that after twenty years of “stability”, which concluded with this painful pension reform, hope for power is not so strong as before — even though there is no alternative it is not visible yet.

To try to answer this question, let us return to the results of the survey “Levada-center”. Answers to similar, but more direct than the first, the question: “do You see coming in the year 2020 with hope, uncertainty, or anxiety?”, even more clearly confirm the thesis stated at the beginning of this article. 71% of respondents chose the answer “with hope”. It is also an absolute record, in this case, over the last 16 years. Only 11% of respondents chose the answer “with uncertainty” and 17% “anxiety”.

It is noteworthy that in 2014 and 2015, that is, when in the opinion polls recorded the notorious “Crimean consensus” and the President’s approval rating reached 84%, the same question citizens responded with a much greater degree of pessimism than it is now. In 2014, the answer is “with hope” was chosen by 51% of Russians, “with the uncertainty” is 25%, “with alarm” of 19%. 2015 “hope” expected only 47%, while those who are waiting for the new year “with uncertainty”, there were 24% and anxiety increased from 25% of respondents.

However, some media, commenting on the current survey “Levada-center”, note the high percentage of those who expect political upheavals. Asked in December 2019 to the question “is it possible next year in Russia, riots and protests?”, the likelihood of such a scenario made (in the total sum of answers “definitely Yes and rather Yes”) 45% of respondents. This is the highest over the past six years the result, but in itself it says nothing. Sometimes more.

Here it should be noted (and the study of the results of such studies in long-term retrospective confirms this) that inexperienced in the sociology of mass usually tend to extrapolate the current or future year, the processes that took place in the past year or are currently. For example, the highest percentage of those who expected the economic crisis, was recorded in early 2015, when the crisis caused by the fall in world oil prices and the devaluation of the ruble, already rampant.

A fairly high percentage of those who admit the possibility of a recurrence of protests in the country (as noted in December 2019 was 45%) is probably due not so much available at the moment of protest, how many have not yet erased memories of the mass protests of the summer of 2019.

And still the question — where and why broke out in the Russian people hope for a better future in a situation of economic and political stagnation, and most importantly in terms of serious disappointment in its unchallenged leader, remains open. The answer is by and large can only give the people. Provided that does not believe in another Savior, and in themselves and in their ability to self-organize. Or already believe?