Home / WORLD / Why is Russia accused of undermining the US by not recognizing its election results before Americans themselves call a winner?

Why is Russia accused of undermining the US by not recognizing its election results before Americans themselves call a winner? 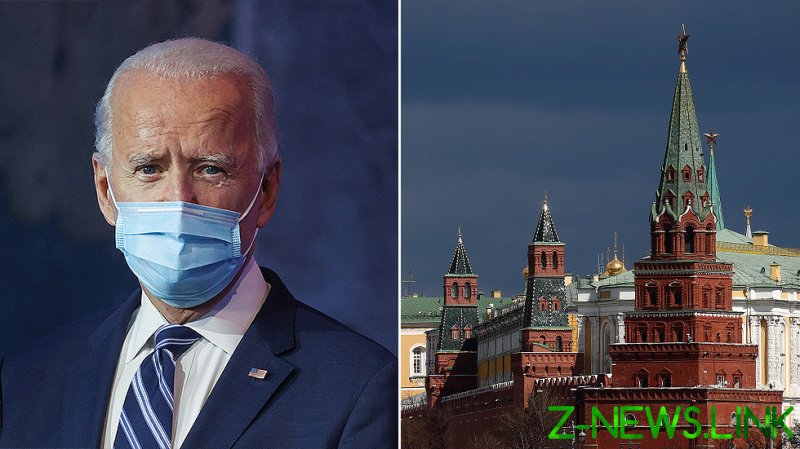 Russia has explained that it will hold off congratulations to Biden until the US election has been officially called, or his rival Donald Trump concedes. You may think this is a reasonable approach to demonstrate respect for the democratic process amid a contested election. But you would be wrong according to the Western mainstream media, which explains this is an effort by authoritarian leaders to keep their man in Washington.

It is also apparently evidence of Moscow supposedly still supporting Trump and Putin fearing that the morally righteous Biden will hold the evil Russians accountable yet again. No matter that the US State Department, long America’s primary ‘democracy promotion’ vehicle, has reminded foreign leaders that the count has yet to be completed.

The narrative of Russiagaters in the media immediately collapses once you factor in how China and Mexico have also indicated they will wait for the official election results. Trump started a trade war and a Cold War against China and his principal foreign policy objective has been to curb the rise of China.

Beijing will undoubtedly celebrate once Trump departs the White House, while Mexico has also been in the crosshairs of Trump’s economic nationalism, immigration policy, and foreign policy. Polls compiled by the Pew agency have found that Mexicans are the most critical of Trump with six percent expressing confidence for Trump in 2018, and eight percent in 2020. Are the Chinese and Mexicans also supporting Trump by holding off congratulations to Biden?

The interest in Moscow’s decision

What explains the media obsession with Russia holding off its congratulatory remarks to Biden? Is the media exploring it from a foreign policy perspective to assess future US-Russian relations under a Biden presidency? No. Much like Russiagate, this is all about domestic American politics.

If the election outcome was not contested, the media would not likely care if Russia congratulated Biden. However, the Republicans are supporting investigations into alleged voter fraud, and the failure of Russia to recognize a Biden win can be framed as a common cause between Republicans and Russia against America.

Former US Ambassador to Russia and leading Russiagate conspiracy theorist Michael McFaul sees yet another conspiracy in Putin’s failure to congratulate Biden, and suggests that Americans doubting the legitimacy of Biden are playing into the hands of the Russians.

Another Russian conspiracy to destroy America?

What is Moscow achieving by not recognizing Biden? After four years of checking under the bed for Russians, these accusations only need to rest on innuendos, and they collapse once articulated.

One can make a reasonable argument that Russia would benefit from a divided America. Much like the West attempting to sow divisions within Russia, it could be beneficial for Moscow to have divisions in an America that casts Russia as the principal enemy that must be confronted. However, how do delayed congratulations sow divisions in the US?

The failure to obtain Russia’s blessing and support is presented by the liberal political-media class as a badge of honor that proves the anti-Russian credentials of Biden. The Republicans are for the same reason not using Russia’s delayed congratulations to advance the legitimacy of their efforts to investigate alleged election fraud.

The entire media coverage of Russia’s lack of congratulations is indeed intended to do the exact opposite – to heighten the legitimacy of Biden as the opponent of authoritarians.

When Trump ran in 2016 on a foreign policy platform of “getting along with Russia,” Moscow was understandably optimistic as Russophobia is usually a symbol of virtue in Washington. What Moscow failed to appreciate is that Trump inadvertently drew a target on Russia by making it a pawn to de-legitimize Trump.

As confirmed by CIA Director John Brennan’s notes to President Obama, Hillary Clinton concocted Russiagate “to vilify Donald Trump by stirring up a scandal claiming interference by the Russian security service.” The attempts to portray every populist referendum and election victory as a grand Russian conspiracy mostly serve the purpose of de-legitimizing these political groups at home. Trump’s election did not result in reaching a mutually acceptable post-Cold War settlement with America, instead, Russia had to play the villain in US politics.

Russia has been used for the past four years to question the legitimacy of Trump. The Biden-Trump presidential debate became a competition over which one is the most belligerent towards Russia. Eager to exit American domestic politics, Moscow has avoided making statements on the US election and waited for the Americans to decide the winner before congratulating anyone.

However, this time the ‘Russian conspiracy against America’ is supposedly refusing to recognize the election results before the Americans do so.

Moscow’s patience in terms of holding off congratulations should be interpreted as an effort to respect the democratic institutions of America, and its own normal protocols. There is no history of the Kremlin congratulating a US election winner before their opponent concedes.

Foreign leaders traditionally congratulate the winner immediately after election day. This was, however, not a traditional election. Due to Covid-19 and the large number of mail-in ballots, there was a clear break from the tradition of declaring a winner on election night. The media has for months been cautioning that it could take weeks to declare a winner this time, yet the same media now sees a conspiracy.

The break from the traditional election format augments uncertainty in a deeply divided nation. Speculation about voter fraud, either real or imagined, was predictable as the stakes are high and trust is low. The antidote to uncertainty and division is surely a commitment to transparency and the pursuit of objective facts.

Luckily, America has these mechanisms in place. A non-partisan assessment of the voter fraud allegations is important to strengthen the unity of the country, trust in democratic processes, and the legitimacy of the Biden presidency. So why is Russia accused of undermining America by not recognizing the election results before the Americans themselves?

Trump wanted to stop the counting and declare victory when he expected that illegal votes were counted, while the Democrats want to declare victory before the investigation into voting irregularities is held. The US should solve disputes around its election process and not drag the rest of the world into its domestic politics. After four years of Russiagate, is it too much to ask that Moscow be allowed to stay out of America’s internal affairs?