Home / WORLD / Why is Google failing to compete with video game makers when the sector is booming? RT’s Boom Bust finds out

Why is Google failing to compete with video game makers when the sector is booming? RT’s Boom Bust finds out 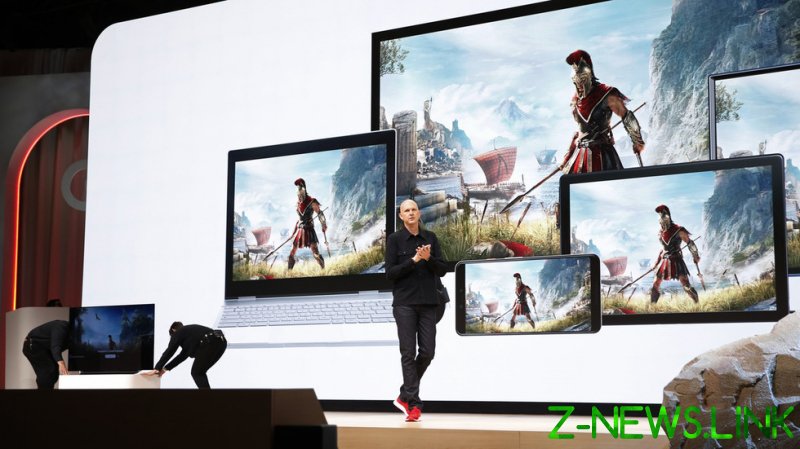 The corporation also pledged to close its Los Angeles and Montreal-based studio offices, saying that most of the Stadia Games and Entertainment team working at them will be “moving on to new roles.”

The move shows that Google is giving up hope of competing with gaming mainstays like Sony, Microsoft and Nintendo. Newly minted Amazon CEO Andy Jassy, meanwhile, announced the company is committed to video game development efforts despite previous missteps.

Google has had a hard time making inroads in the gaming industry, though just two decades ago Microsoft managed to step in and become one of the leaders of the sector while many thought they might fail. RT’s Boom Bust host Brent Jabbour was joined by Joost van Dreunen, author of ‘One Up: Creativity, Competition, and the Global Business of Video Games’ to dig into the issue.

“Google is coming at this from a moment when the industry is transitioned into a service market mode. Right back when Microsoft was doing it they could sell boxes, package software in a very different context,” van Dreunen said.

“Suddenly the market is really full of substitutes that are all competing with undifferentiated content,” he added, enumerating three majors like Nintendo, Sony and Microsoft, as well as Amazon, Facebook and Apple that are trying to join with their services related to video games.

The analyst stressed that Google cannot compete with the first class exclusive content developed by the market heavyweights.