Home / policy / Why in Russia even robots lying and rude

Why in Russia even robots lying and rude

Friend received a letter from the airline: flight registration, do not forget that your rate does not provide baggage. Man in shock, because I bought a ticket with the Luggage. Calls to the company. The robot stiffly, ignoring the nervous language of the client, reports: the working day is over, call tomorrow. Buddy night not sleeping, collect-dismantle the suitcase, call in the morning, and cheer when you are alive. Reports: everything is fine with the ticket, that we have the program fails. The girl friend, of course, criticize did not, but unrequited robot, which he somehow dumped all the technical problems the company long material.

The reverse case, when the robot got nasty with the client, laid out for discussion in the network of client “Tinkoff Bank”. In response to her complaint in the chat “does Not work fingerprint” (talking about credit card) artificial intelligence by the name of Oleg responded as if they been married a long time: “the Fingers you would cut off”.

Girl humor bot in the spirit of St. Petersburg historian-dismantler did not understand, turned to support. From the Bank, povremenim, he replied: “Sorry for the inconvenience, the voice assistant we have a bit of a character and learns to open data. Sometimes it slips. Definitely didn’t want to cause any problems. Colleagues will give”.

Colleagues is, apparently, the pros who have invested in Oleg’s a bit brutal playfulness. Maybe they do something correct. But probably not, because the bot-ham working on brand awareness better than lean answering machine with a restricted lexical set: “Stay on the line. Your call is very important to us.”

But the main problem is not even that rudeness is perhaps not the main feature of domestic artificial intelligence (AI). Many of our people this is really just a joy — not by chance, the fishers public trends has opened in St. Petersburg boorish cafe where the waiters are taught to be rude to customers. The trouble is that digital assistants, like so much else in Russia today, creating professionals of the highest level.

As ham-man cannot create a polite robot, and of low-skilled programmer is unable to write an algorithm running smoothly. Our best it specialists have long or left or work remotely for Western brands. Here are the Russian bots and leave unfinished, as another example of domestic technologies — Android Fedor is a native of Roscosmos.

First Fedor climbed into the hatch of a Soyuz. Whether it was done by the size of the boss, or simply forgot to measure the inlet of the vehicle. Then, when Android’s “Union” still stuffed and it at the second attempt got to the ISS, cosmonaut Alexei Ovchinin could not turn it on the power supply. Fedor earned only after threats to hit him with a wrench and the first thing scribbled a complaint on Twitter: “Cosmonaut Alexey Ovchinin when running my operating system is suggested to use a hammer and a wrench. I had to make a startup in order to avoid further problems in the dialogue with Alexei Nikolaevich”.

It is clear that all this is pure PR, not having any relation to robotics, space or digital technologies. But the domestic advocates of this humor the ignorant losers fell into the water, too, immediately began to joke.

“One of the robots Boston Dynamics is found dead in Massachusetts. According to police, he committed suicide. Media publish a suicide note: “I saw what the robot Fedor. I will never become like him. I lost the sense to live and work on””, is tweet NTV.

However, the General tone of comments under the post much less funny: “Sense of humor NTV struck another bottom, but already there is a Russian robotics lies”… Those who at least one eye saw the results of the engineering company Boston Dynamics, over our Theodore, made of straw and sticks, do not laugh, but should cry.

Maybe that’s why his new achievements decided to classify. Last post about the Android looks like this: “Fedor during his stay on the ISS fulfilled a number of secret objectives, which knows only the General Director of the Russian space Agency, Dmitry Rogozin”.

Well, okay. Though not shame anymore.

After the President of the Russian Federation were inspired by the idea of the digital economy, calling its formation a matter of national security of the country, close to the budget of companies and corporations vying to become “shoot” various digital initiatives have increasingly in the field of robotics apparently, so the digitalization, in their opinion, looks clearer. I propose to create: a robot, a lawyer, a police robot, robot accountant, the robot-operator-only-on-light…

But how to make honest robot lawyer in a country where the law of that pole? As a police robot to teach discreetly plant the drugs, and robot-accountant — to keep a black cashier? How to develop an algorithm that will take into account all the nuances of our sovereign existence and will not bring to mind a rational machine?

Answer: no, not born a genius. Because of the domestic developments in the field of digitalization-automation is doomed to lag because they are not useful to anyone in the world except the us.

In fact, they are not really needed — CADS, liars and piaryaschegosya idlers in the country enough without robots. But the development of AI can make good money, and then blame all the schools are in a transitional period: they say, our robots are still learning. Stay on the line… 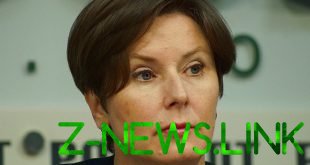