Home / business / Why do we need meat patriotism?

Why do we need meat patriotism? 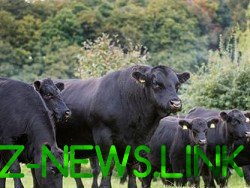 The structure of meat consumption looks like today in Russia, as in the poorest countries, consume mostly cheap, grown by industrial methods of chicken

The scandal is gaining momentum with President of “Miratorg”, which in a rather boorish manner urged Russians to be patriots, buying domestic products – wrote in LJ a popular blogger Mr Stechkin.

Nothing in this appeal if he hadn’t sounded in the background all the same “Miratorg” banning the import of meat and dairy products in baggage of the Russians. And it already reeks of lobbying for their own private interests of people with a surname suspiciously similar to the name of the wife of Dmitry Medvedev – Svetlana Linnik.

By the way, from your kindred, both sides struggled to deny. It is understandable, as the situation looks very ugly in the light of numerous preferences and subsidies from the state, which are available to the owners of “Miratorg” brothers Linnik. And the interests of “Miratorg” is often presented and defended personally Medvedev and Putin. Both inside Russia and beyond, promoting the export of beef and pork in the markets of China and Japan.

If someone wants to learn more about the history of this troubled campaign, you can go here.

See also:  Klitschko explained the reason for the collapse of the bridge shuliavska

I in light of the above, I want to share with the most recent data from Rosstat data on production and structure of meat in the Russian Federation and Russia:

The graph shows that capitalist Russia was able only recently to surpass the performance of the RSFSR, 1990 in the production of meat. After 27 years! That obviously does not speak in favor of capitalism for the country as a whole. For what, you ask, the people suffered hardship, enough to eat meat and milk, all these almost thirty years? Just for the sake of the Linnik brothers lined their pockets and teach us patriotism? And millions of people were left without work in the countryside and now it looks like there mom with Hitler gone?

This greatly changed the structure of production in kilograms per person per year:

The structure of meat consumption of Russians now looks like the poorest countries, consume mostly cheap, grown by industrial methods, i.e. with the use of antibiotics and growth hormones, loose and low-value food in relation to chicken. Beef of the mass of meat on the table of the Soviet man has become a of expensive and scarce in the diet product.

See also:  Abroskin: the shelling in Avdiivka was hit the residential sector

After 2005 observed continuous increase of production without much hesitation. This means that modern farm animals and poultry are fattened using modern biochemical technologies and other “miracles” of science. These “miracles” often lead to the fact that the poor consume the most healthy food. Healthy foods also, such as the marbled meat of bulls breeds Aberdeen Angus (in the first photo), growing on open pasture at “miratorga” for ordinary Russians simply unavailable.