Home / WORLD / Why Democrats got stuck with Kamala Harris

Why Democrats got stuck with Kamala Harris 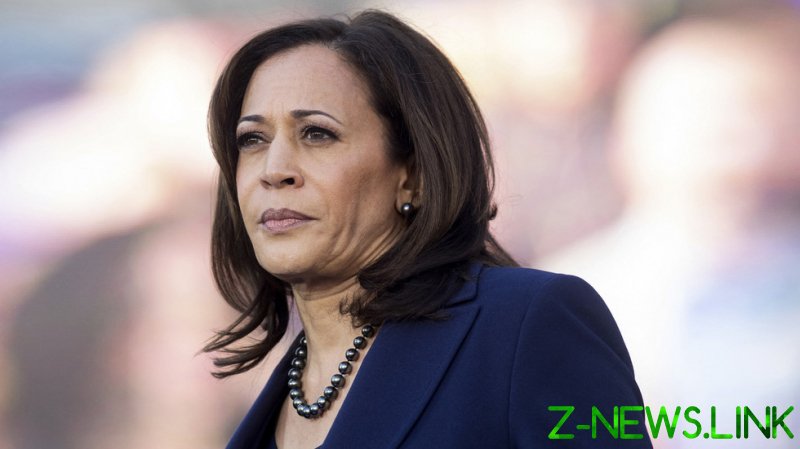 Less than a year in office, Vice President Kamala Harris, the highest-ranking female official in US history, has already shattered some political records, but none that would merit much celebration unless you happen to be a Republican.

This week, a survey taken by USA TODAY/Suffolk University showed that just 28% of Americans approved of Harris and whatever the heck she’s doing in the White House. Not only did Harris manage to underperform her doddering boss, Joe Biden, but she even bested Dick Cheney, one of the most loathsome creatures to have ever emerged from the fetid swamp.

To put this achievement into its proper perspective, Harris managed to fare worse in a popularity contest against the man who manipulated US intelligence to start the hugely unpopular 2003 invasion of Iraq. Not done there, Cheney beefed up his evil portfolio through his connections to Halliburton, the company that the Bush administration contracted to rebuild Iraq’s destroyed oil infrastructure, and where Cheney served as CEO from 1995 to 2000 (he said he donated any profits he made from his Halliburton stock to “charity”). And let’s not even get started on the ‘Darklord’ and his role in waterboarding detainees abroad, and spying on Americans at home.

In other words, sidelining Dick Cheney as the most unpopular vice president was a herculean feat, yet Kamala Harris managed to pull it off with relative ease. The question is, how?

The short answer is that Kamala Harris has no business being anywhere near the White House, not to mention the hallowed Oval Office. Not only does this woman shirk from the most obvious tasks, like paying a visit to the US-Mexico border at the peak of a migrant crisis (only after Donald Trump announced his own visit was she prompted to pack her bags), she lacks the necessary people skills to even sit down for a chat with children without looking more plastic than a Lego factory. Yet, there she is, one Biden heartbeat or two away from one of the most powerful political offices in the world.

Harris conforms wonderfully with the dictates of these radical woke times, where politicians are judged less by their personal talents and accomplishments than by their identity; less by the size of their intellect than the color of their skin. US politics, which once upon a time was built on the rock of personal merit, has been reduced to a box-ticking exercise that is increasingly willing to substitute raw political talent with pretenders.

That’s not to say, of course, that just because a politician ticks all of the correct boxes that they are automatically inferior and unworthy of public office. Tulsi Gabbard, for example, a Samoan-American Hindu from Hawaii, comes off as a highly qualified candidate with strong leadership skills. She is someone I would have enthusiastically endorsed had the media gatekeepers not disappeared her. While Gabbard fulfilled all of the necessary diversity requirements, the former member of the US Army failed to tick the box for ‘pro-war.’ That is a ‘character flaw’ that makes her prospects for attaining high office in the current political climate about as easy as ascending Mount Everest.

The Democrats were betting that Kamala Harris, the wrong woman of color at (probably) the right time, would appeal to the damaged sensitivities of the American people, traumatized as many were by the lurid murder of George Floyd (in May 2020) by a white police officer. That tragedy, followed up with months of Black Lives Matter protests just before the Biden-Trump showdown, ingrained in the public mind the media-fueled narrative that not only the US, but its police forces, suffer from a malignancy known as ‘systemic racism.’

Some may argue that Biden had made the right decision by choosing Harris as his running mate since the duo went on to defeat Donald Trump and Mike Pence in the 2020 presidential election. Presently, however, it looks as though the Democratic Party has suffered a Pyrrhic victory with the Biden-Harris tag team, and one that may have set the party back light years.

The Democrats blatantly ignored a serious consideration when they paired Harris with Biden, and that was the former’s conspicuous unpopularity. Amid a large field of Democratic presidential candidates, Harris was forced to withdraw early from the race with a public approval rating below 4%.

Did the Democrats think that those harsh public sentiments would somehow magically disappear because Harris is a female who comes from a mixed racial background and US inner cities had been burning coast to coast? Today, Harris appears to be no more popular among her colleagues, who have complained that they toil in an “abusive environment” and are “treated like s**t,” than she was with Democratic voters just over a year ago.

The takeaway here is that the voting public, aside from a radicalized minority, are not really interested whether a candidate is black, brown, white or polka dot. What they are mostly concerned about is whether the individual is qualified to represent their interests once they have been elected to office.

Had the Democrats used a scale based on merit as opposed to identity when choosing a running mate for old Joe Biden, they would be much more prepared to face the severe political challenges quickly approaching. Instead, the Democratic Party is breaking under the pressure of a president and vice president who are beyond the help of their best handlers, while becoming actual liabilities.

Disaster is fast approaching for the Democrats and liberals who, just like their counterparts in the world of academia, have forsaken the necessity of merit and excellence for the self-limiting dead-end road known as identity politics.